Tackling climate change is this generation’s defining task and Europe’s rich and diverse cultural heritage can help. To help lead the way, in March 2021, heritage, climate and financial organisations and experts launched the European Cultural Heritage Green Paper “Putting Europe’s shared heritage at the heart of the European Green Deal”. 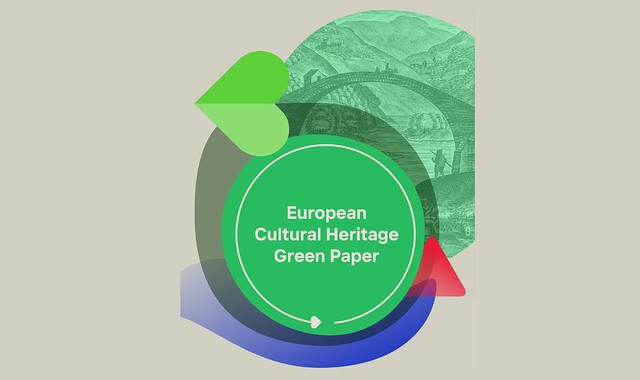 The European Cultural Heritage Green Paper is produced by Europa Nostra in close cooperation with ICOMOS and the Climate Heritage Network, with the input of other members of the European Heritage Alliance. It is supported by the European Investment Bank Institute and the Creative Europe programme of the European Union.

The Paper correlates the contribution of cultural heritage to all key areas of the European Green Deal, including Clean Energy, Circular Economy, the Renovation Wave, Smart Mobility, Farm to Fork, Green Finance and a Just Transition, Research and Innovation, Education and Training, as well as Green Deal Diplomacy. It proposes a series of concrete recommendations both for policy-makers and for cultural heritage stakeholders. Potential conflicts, real or perceived, between heritage safeguarding and European Green Deal action are also identified, as well as win-win strategies for overcoming these conflicts.

This policy and advocacy document will also be highly relevant for other policy priorities of the European Union, such as the recently launched New European Bauhaus initiative of the European Commission, of which Europa Nostra is an official partner.