The second session of the European Policy Debate “Sharing Heritage – Sharing Values” brought together speakers from all corners of Europe to discuss how to bridge local and European. 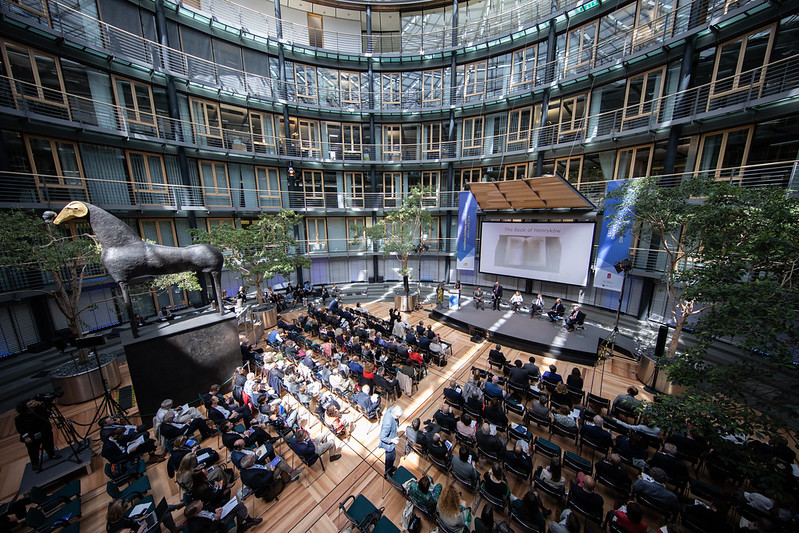 Ahead of the discussion, an inspiring introduction was provided by Nemanja Milenković, Chief Executive Officer of the “Novi Sad 2021 – European Capital of Culture” Foundation. The city of Novi Sad in Serbia will be European Capital of Culture in 2021 (together with Timișoara in Romania and Elefsina in Greece). As Novi Sad is the smallest city on the Danube river with the biggest number of bridges, the programme of Novi Sad 2021 is aptly declined around the theme of bridges, thus also fitting perfectly the session’s topic. Nemanja Milenković outlined some of the many projects that are ongoing as part of the preparations for the capital year and warmly invited the audience to discover Novi Sad’s rich cultural heritage which forms part of the shared cultural heritage of Europe. 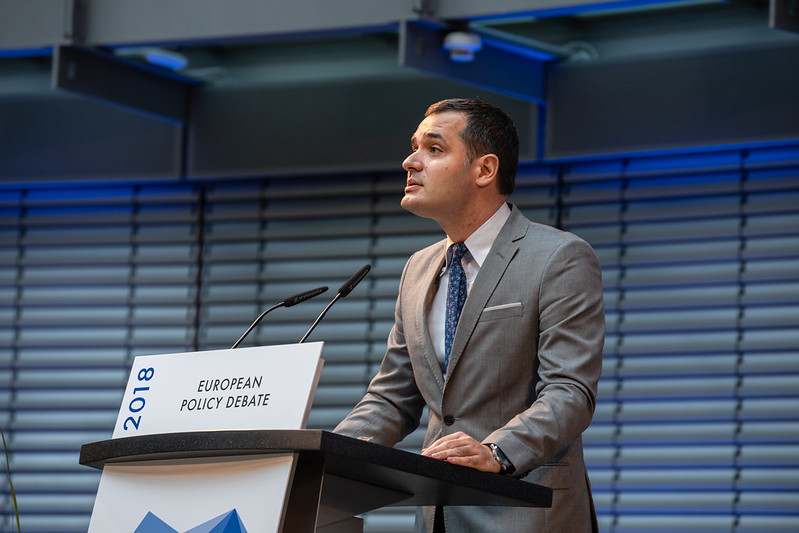 The Chair of this session, Beatrice Kelly, who is the national coordinator of the European Year in Ireland and also Head of Policy and Research at An Chomhairle Oidhreachta /The Heritage Council, invited all panellists to present one aspect of their local heritage – tangible or intangible – to the audience and to explain its resonance and relevance at a European level as well as to audiences across Europe. She also introduced a series of questions: How can we enhance historical links to personalities or events of European interest? Which social and cultural links exist between places or regions in Europe? How does cultural heritage reflect economic or trading connections of the past (and present)? And how does our local heritage relate to some of the common issues and challenges European countries are facing today such as migration, rural desertification, growth of cities, cultural diversity to name but a few?

As invited by the chair, the speakers took the audience on a journey through Europe – starting in Poland’s former European Capital of Culture 2016 Wrocław, moving north to Sweden, then back to Central Europe with Germany’s historic town of Münster, further southwards to Switzerland and – last but not least – to Croatia. 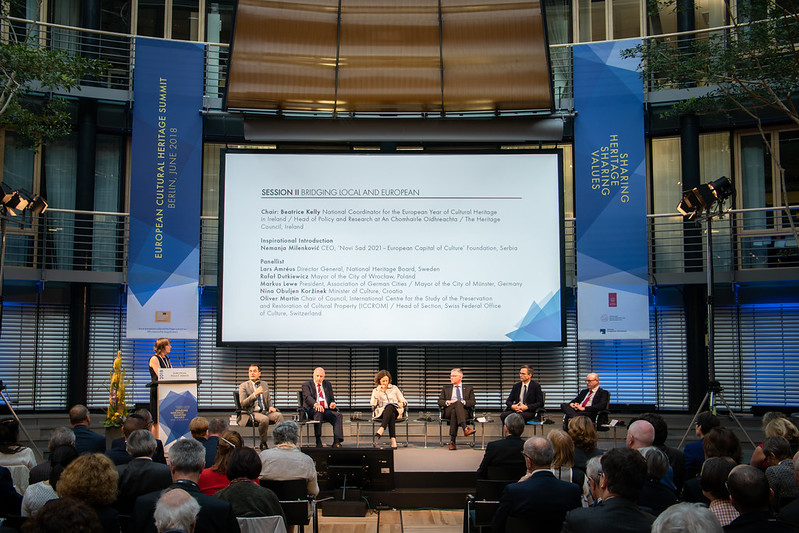 Going back in history, Rafał Dutkiewicz, Mayor of the Polish City of Wrocław, presented the Book of Henrykòw – a unique source of knowledge about the cultural exchange process in the High Middle Ages, recorded in a Silesian monastery and which was included in the UNESCO Memory of the World Register in 2015. 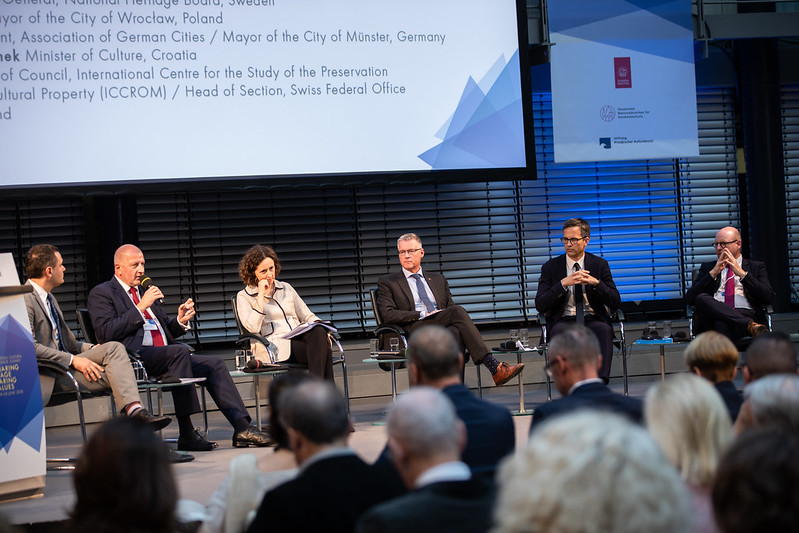 Lars Amréus, Director General of the National Heritage Board in Sweden, unravelled the layers of Långban mining village which received refugees and is now an astonishing example of enabling civic participation and creating a sense of belonging. Time travelling a few centuries back, Markus Lewe, Mayor of the City of Münster and President of the Association of German Cities, took the audience to the 17th century and the gothic City Hall of Münster where negotiations brought the Thirty Years’ War to an end – and hence gave the hall its name (The Peace Hall – Friedenssaal). Together with the city hall of nearby Osnabrück, the city hall of Münster has received the European Heritage Label as sites of the Peace of Westphalia that ended the devastating Thirty Years’ War. Against this backdrop, Markus Lewe highlighted how culture contributes to strengthening the European idea and promotes a peaceful Europe. 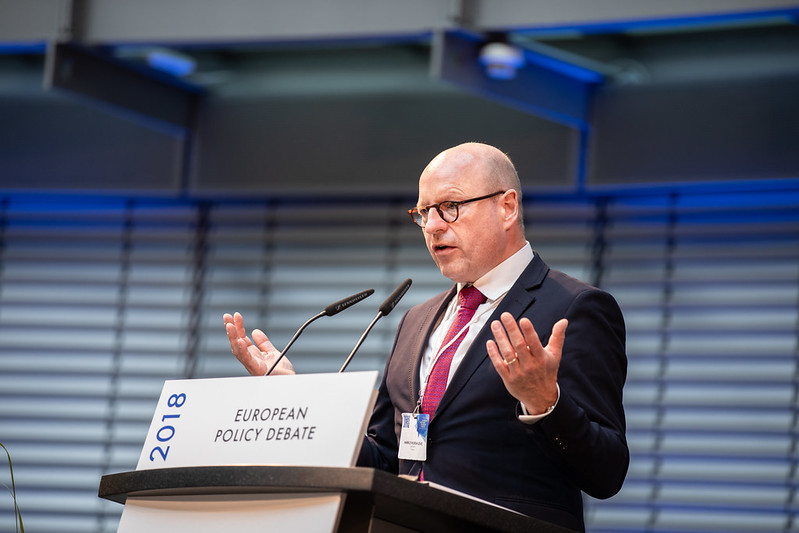 After unravelling the layers of his chosen local heritage picture, Oliver Martin, Chair of the ICCROM Council (International Centre for the Study of the Preservation and Restoration of Cultural Property) and also Head of Section of the Federal Office of Culture in Switzerland, emphasised that culture should be the focus of our discourse. He made a strong plea for preserving small-scale local heritage which gives residents of neighbourhoods and urban landscapes a sense of belonging and of home. Moreover, Oliver Martin reminded the audience that UNESCO regards culture as a central element of sustainable development. 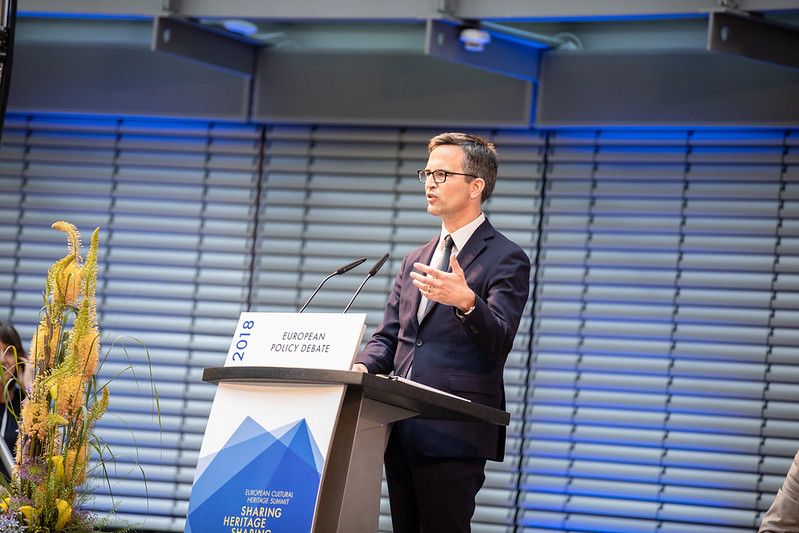 It is no coincidence that this has also been one of the central outcomes of the study “Cultural Heritage Counts for Europe”, which demonstrates the multiple benefits of heritage for Europe’s economy, society, culture and the environment, and hence, the contribution to sustainable development. 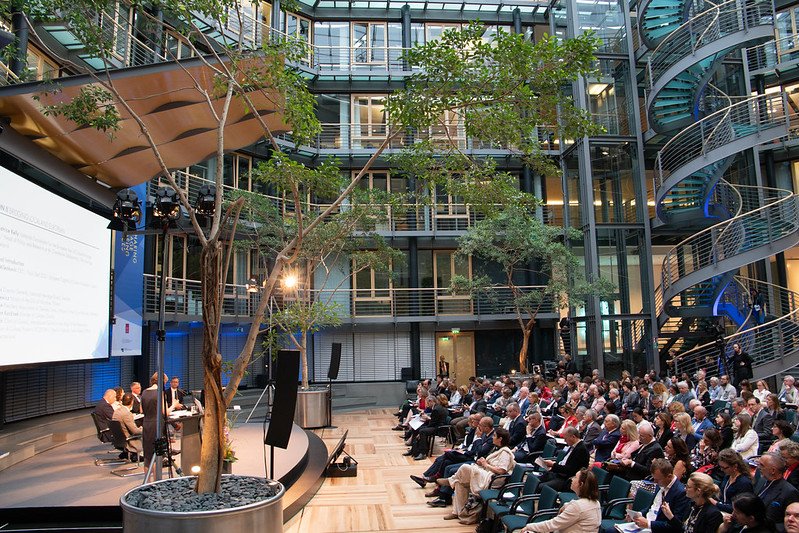 Last stop of the European journey was Croatia, for which Minister of Culture Nina Obuljen Koržinek selected a kaleidoscope of heritage pictures, speaking for themselves of the rich cultural heritage – tangible and intangible – of her country and of the wider region of South-East Europe. 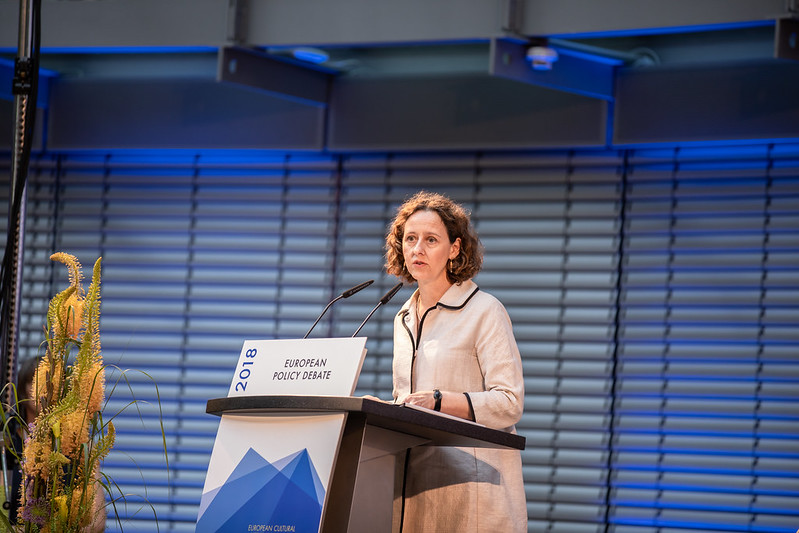