Patarei Sea Fort in Tallinn severely damaged in a storm

Patarei fort in Tallinn is one of the Europa Nostra / European Investment Bank Institute’s 7 most endangered sites in Europe, nominated for the year 2016.

It suffered extensive damage last weekend when part of its roof was blown off in a major storm, as reported in Estonia’s daily newspaper Postimees 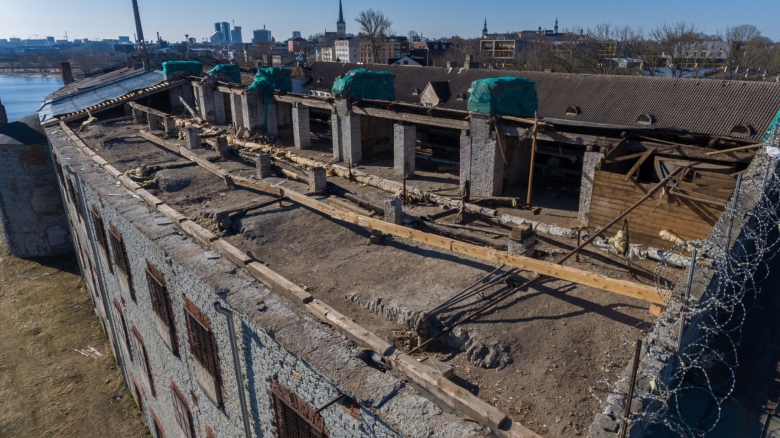 Patarei is a state owned monument, which has been closed to the public since October 2016 despite significant interest in it from all over Europe and beyond.

Neglect and carelessness over the years has caused severe deterioration of the Patarei fort and the State as owner is unwilling to invest anything to prevent further damage and persists in attempts to sell Patarei to private developers, contrary to the advice of Europa Nostra and the EIB Institute’s experts .

In particular the proposed zoning plan for the Patarei development is inconsistent with the plan of the City of Tallinn to open up the seaside to the public, and instead it foresees multi-storied dwelling houses to be built in the immediate vicinity of Patarei. This will block the open space between Patarei and the neighbouring Sea Plane Hangars (Grand Prix winner of the European Union Prize for Cultural Heritage / Europa Nostra Awards in the category Conservation in 2013), with seriously detrimental impacts.

The Estonian Heritage Society, which made the nomination for the 7 Most Endangered programme in 2016, has requested a meeting with Minister of Public Administration in order to discuss possibilities for saving the monument and in the immediate future to limit the risk linked to the current damage.

Europa Nostra and the European Investment Bank Institute issued in December a report comprising an action plan to restore and develop Patarei Sea Fort in Tallinn.