Preparatory meetings for missions to the 7 Most Endangered sites 2016

On 24-26 May 2016, during the European Heritage Congress in Madrid, experts from Europa Nostra and the European Investment Bank Institute had fruitful meetings with representatives from the organisations that nominated the sites included in the 2016 list of 7 Most Endangered and with other stakeholders. The main purpose of these gatherings was the preparation of the missions to the listed sites, which will take place before and after the summer. 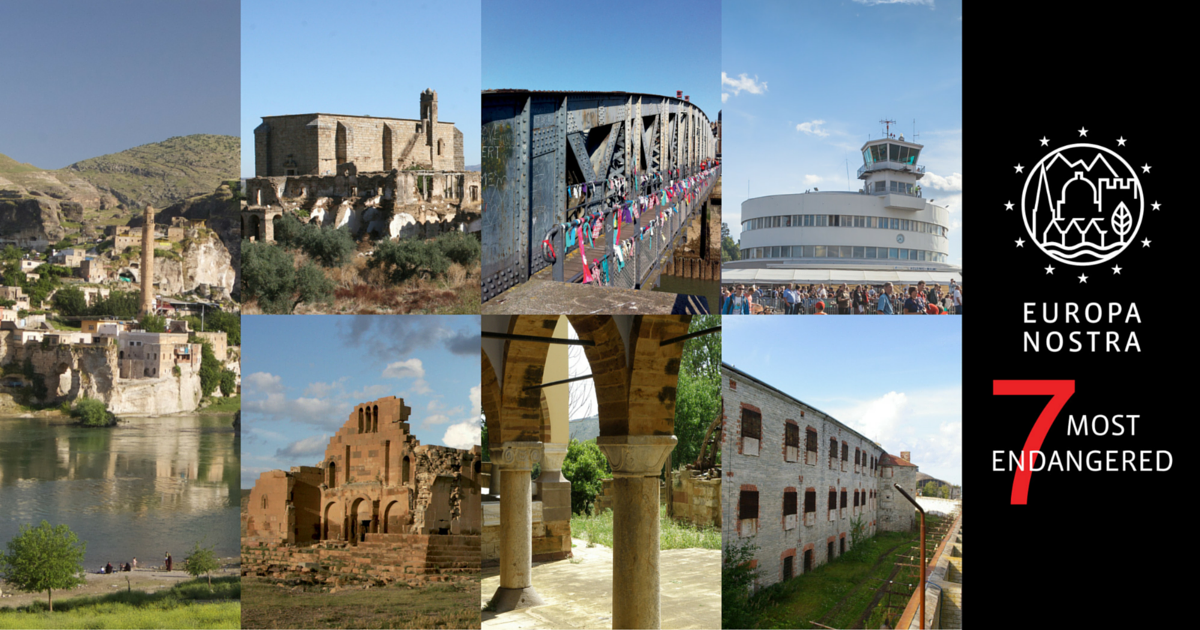 The 7 Most Endangered heritage sites in Europe listed in 2016. Photo: Europa Nostra

The 7 Most Endangered heritage sites in Europe in 2016 are the Archaeological site of Ererouyk and the village of Ani Pemza in Armenia, Patarei Sea Fortress in Tallinn in Estonia, Helsinki-Malmi Airport in Finland, Colbert Swing Bridge in Dieppe in France, the Kampos of Chios in Greece, the Convent of St. Anthony of Padua in Extremadura in Spain, and the Ancient city of Hasankeyf and its surroundings in Turkey. In addition to the 7 selected sites, Europa Nostra and the EIB Institute decided that the Venice Lagoon in Italy should be declared the most endangered heritage site in Europe, given the paramount importance of this heritage landmark to Europe and the world, as well as the complexity and magnitude of the challenges posed.

The eight meetings, one per site, were organised by Europa Nostra and held at the College of Architects of Madrid (24 May) and ABC Museum (25-26 May).

All the participants emphasized the good outcomes achieved during the meetings and encouraged the continuation of these gatherings in the coming editions of the European Heritage Congress.