The President of the European Commission, José Manuel Barroso, visited on 8 January the Portuguese synagogue in Amsterdam, a winner of the European Union Prize for Cultural Heritage / Europa Nostra Award in 2012 in the category “Conservation”.

“It is impressive, the work of keeping alive this great tradition, the Jewish tradition in the Netherlands and Europe. This is part of our European culture, of our heritage and it’s great to see the Portuguese synagogue after the restoration”, said Barroso in an interview to local TV station AT5. 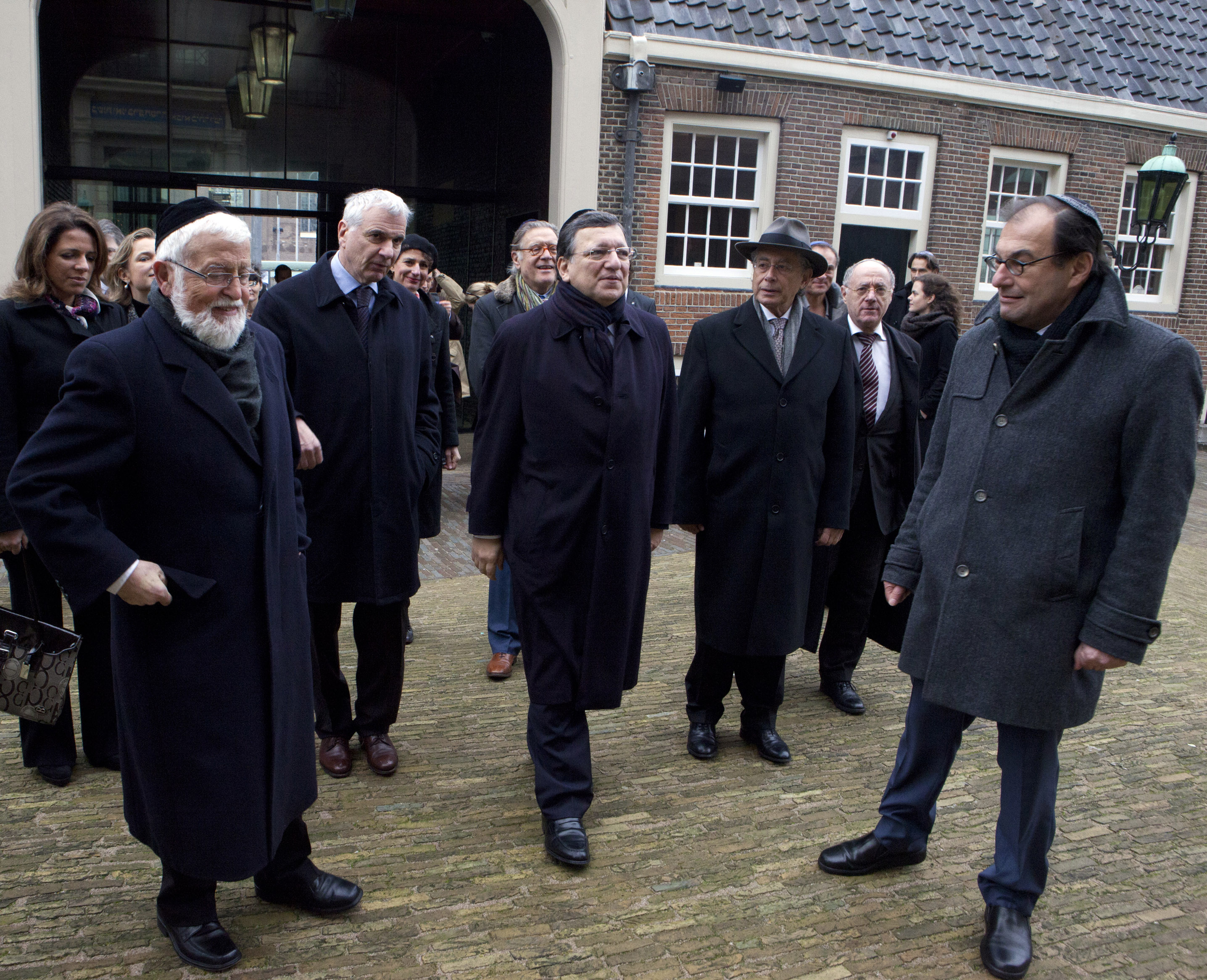 “Thanks to the restoration work, the Portuguese Synagogue is now much better suited to public viewing, while maintaining its original character, stated the Awards jury.

The synagogue complex includes world-renowned library Ets Aim – Livraria Montezinos, accessible to the public for the first time since the end of the restoration works. The main synagogue is internationally known for its rare and thoroughly authentic interior and has been in use since its inauguration in 1675. It is an integral part of the Jewish Cultural Quarter in Amsterdam and the library has been included in the UNESCO Memory of the World Register in 2003.

Europa Nostra Secretary General Sneška Quaedvlieg – Mihailović attended the visit by President Barroso and spoke to him about the upcoming 50th Anniversary Congress of Europa Nostra in Athens inviting him to be our guest of honour at the ceremony to be held on 16 June at the Odeion of Herodes Atticus. She also handed over to President Barroso a copy of the “Portugal special” of the Europa Nostra’s Magazine “Heritage in Motion” which includes an exclusive interview with President Barroso.