Plácido Domingo, President of Europa Nostra, and Androulla Vassiliou, European Commissioner for Education, Culture, Multilingualism and Youth, held a joint press conference at the Acropolis Museum in Athens in the morning of 16 June, prior to the European Heritage Awards Ceremony on the closing night of Europa Nostra’s 50th Anniversary Congress. 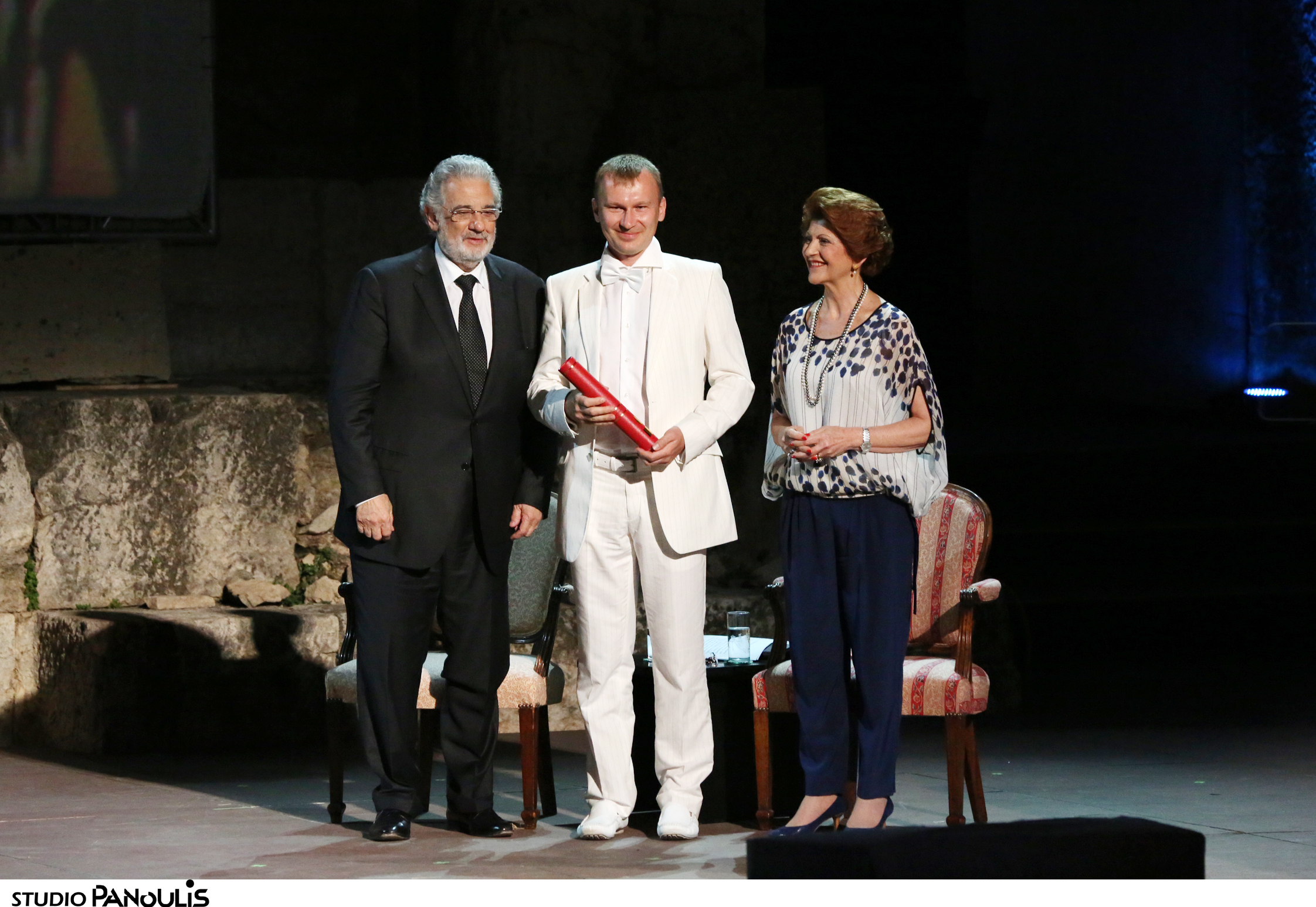 Tallinn Seaplane Harbour in Estonia is among the seven Grand Prix winners.

Commissioner Vassiliou announced the two Greek laureates of the 2013 European Union Prize for Cultural Heritage / Europa Nostra Awards: the Committee for the Conservation of the Acropolis Monuments was awarded a Grand Prix in the category of dedicated service, and the restoration of the Propylaea Central Building at the Athenian Acropolis received the Public Choice Award. The Commissioner applauded not just the two Greek achievements but also the other six Grand Prix laureates and all 30 of this year’s winners. “They demonstrate how vibrant our cultural and creative sectors are today and how important they are to the European economy – indeed, to every one of us”, she stated.

Androulla Vassiliou also highlighted that the Awards programme, organised together with Europa Nostra, is an integral part of the European Union strategy to preserve heritage and support the cultural and creative industries, stressing the importance of investing in these fields. “Cultural heritage is not only an expression of our cultural diversity, it is also one of the main factors that make Europe the world’s top tourist destination, contributing significantly to the European economy, helping create jobs and growth. Investment in culture is not a luxury; it is a necessity to ensure the healthy development of our societies – and this is all the more imperative in the current crisis”.

Plácido Domingo, after paying tribute to all the winners and praising the fruitful partnership between Europa Nostra and the European Commission, reinforced this perspective. “The time for culture has come. Europe is increasingly realising that culture should take a more central place in its New Narrative and New Strategy for the future. We need a New Deal for Europe, based on a true renaissance of our unique cultural heritage. Therefore, we urge national and European political leaders to embrace culture and heritage as a key resource of long-term value to our society”.

The President of Europa Nostra also expressed his deep concern about the threats to Greek cultural and natural heritage and pleaded for better and sustainable policies. “Worrying plans are being made to encourage construction along the coastlines of Greece. Such uncontrolled development will, in the long run, deepen your problems, not solve them. Indeed, it is by regaining confidence in the power of its heritage as well as in its contemporary creativity that Greece will more easily find a way out of the current crisis. On behalf of Europa Nostra and all Europeans let me launch a strong appeal to Greece: think long-term! Save your cultural treasures and your beautiful coastlines! I hope that the European Union will stand ready to support Greece to pursue this important goal”.

Just as in Greece, in many European countries cultural heritage is under threat due to lack of funds or expertise, inadequate planning, neglect, natural disasters or even political conflict. Plácido Domingo drew attention to ‘The 7 Most Endangered’ programme and thanked the European Investment Bank Institute for its vital support in the development and implementation of it. He then invited the 70 members of the audience, which included national media professionals and foreign correspondents, to attend a panel discussion on ‘Europe-wide Mobilisation to Save our Endangered Heritage’, with top-level representatives of European institutions, which took place immediately after the press conference in the auditorium of the Acropolis Museum.