The conservation project of the Propylaea, the monumental gateway to the Athenian Acropolis, dating from the 5th century BC, won the Public Choice Award 2013. Around 6500 citizens from across Europe and beyond voted for their favourite project from among the 30 winners of the European Union Prize for Cultural Heritage / Europa Nostra Awards. The online vote, which is on its second edition, was conducted via the Europa Nostra website. 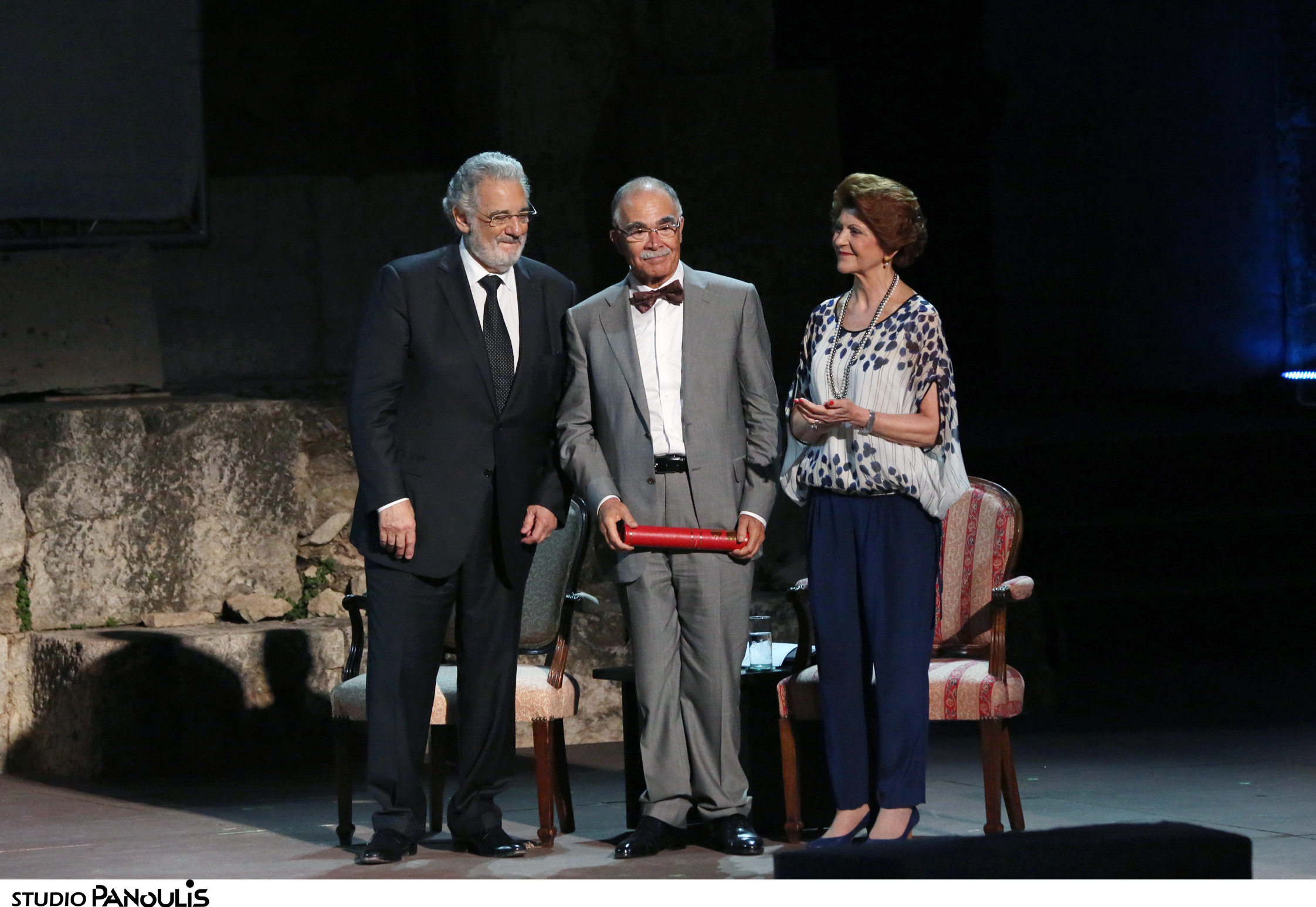 Denis de Kergorlay, Executive President of Europa Nostra, stood facing the magnificently illuminated Acropolis on the stage of the Odeion of Herodes Atticus while making the public announcement during the European Heritage Awards Ceremony, on the evening of 16 June. Many of the almost 4000 members of the audience stood up to applaud the exceptional work undertaken by a team of experts led by the architect and professor Tasos Tanoulas from 2001 to 2010. “Receiving the prize from the public in Athens, the city where the concept of citizenship was forged more than 2500 years ago, has indeed a very special meaning. Thank you Greece and Europe for this high recognition”, affirmed professor Tanoulas, after being conferred the award.

The restoration of the Propylaea Central Building garnered broad support from the voters, many of whom posted their messages on the Europa Nostra website. “This building spreads the light of knowledge and constitutes the foundation of the values and ideals of our modern European world”, wrote a Greek citizen.

The jury for the conservation category of the EU Prize for Cultural Heritage / Europa Nostra Awards, chaired by José-Maria Ballester, praised the high quality of the craftsmanship employed in an “exemplary project which succeeded not only in rescuing this iconic monument of European culture but also in enhancing its inherent formal and social values”.

The project with the second highest number of public votes was the Living Cabanyal Archive in Valencia (Spain), in the education, training and awareness-raising category, followed by the Committee for the Conservation of the Acropolis Monuments in Athens (Greece), in the dedicated service category.