Russia: Conservation of the Viipuri Library in Vyborg receives a Europa Nostra Award 2015 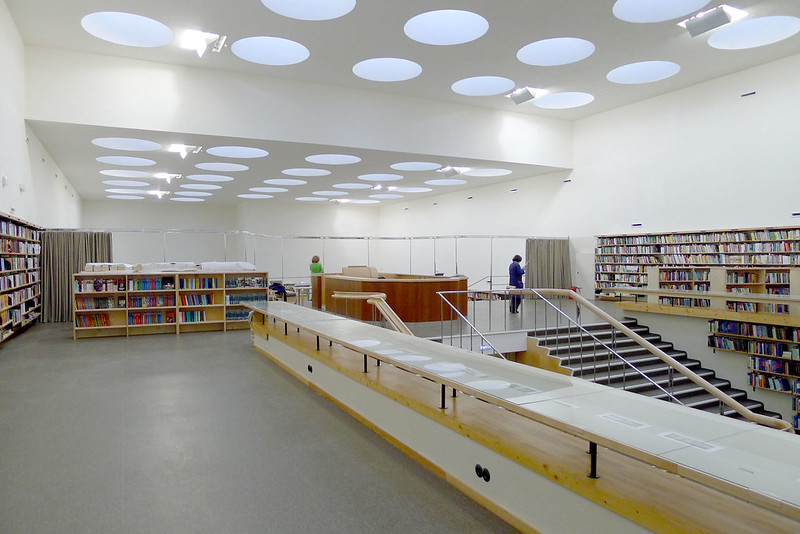 The library building is a masterpiece of the Finnish architect Alvar Aalto. It was built during the time of Finnish sovereignty (1918 to 1940-44), before the city of Viipuri was annexed by the former USSR and its name changed to Vyborg. The library is one of the major examples of 1930s functionalist architectural design. It is particularly famous for its skylighted lending and reading halls and wave-shaped ceiling in the auditorium, the shape of which, Aalto claimed, was based on acoustic studies.

The building sustained damage during World War II and remained abandoned for more than a decade. It was largely but inappropriately rebuilt in the 1950s. According to legend, Aalto visited Vyborg in 1962 and commented: ‘The building exists but the architecture has gone’. There was concern that the library would disappear altogether, but since the 1990s it has been possible, with the help of the original drawings and other working documents conserved in the Alvar Aalto Foundation in Finland, to renew stage by stage some of the spaces.

The major restoration project, carried out mainly by Finnish professionals but with whole-hearted cooperation and the majority of financing from their Russian partners, aimed to prevent further deterioration, to renew basic facilities and to restore the original architecture. In 2010 the Russian government decided to fund the completion of the restoration and in 2013 the fully-restored library was inaugurated.

The Award Jury praised the “exceptionally well-researched and highly sensitive restoration, maintaining the library’s functions but adapting them to 21st century standards” and highlighted the “commendable example of transnational collaboration, primarily between the Finnish and Russian restoration Committees”.

The European Heritage Awards Ceremony is part of Europa Nostra’s annual European Heritage Congress, which will take place in Oslo from 10-14 June 2015. The Congress is supported by the European Union’s Creative Europe programme, Riksantikvaren – the Directorate for Cultural Heritage and the Arts Council of Norway, and the City of Oslo, among many other public and private bodies from Norway.