Home News Serbia: 200 people celebrate the rehabilitation of the Pavilion of Prince Miloš in Aranđelovac

Serbia: 200 people celebrate the rehabilitation of the Pavilion of Prince Miloš in Aranđelovac

To mark the success of the rehabilitation project of the Pavilion of Prince Miloš at the Bukovička Spa in Aranđelovac in the EU Prize for Cultural Heritage / Europa Nostra Awards 2018, a special ceremony was held at its premises on 4 October. Sneška Quaedvlieg-Mihailović, Secretary-General of Europa Nostra, unveiled the bronze Awards plaque in front of an audience of some 200 people. Representatives from European, national and local authorities, including H.E. Arne Sannes Bjørnstad, Norwegian Ambassador to Serbia, Mr. Paul-Henri Presset, Head of Communication at the EU Delegation of the Republic of Serbia, and Mr. Bojan Radović, President of the Municipality of Aranđelovac, as well as heritage professionals, volunteers and enthusiasts were in attendance. 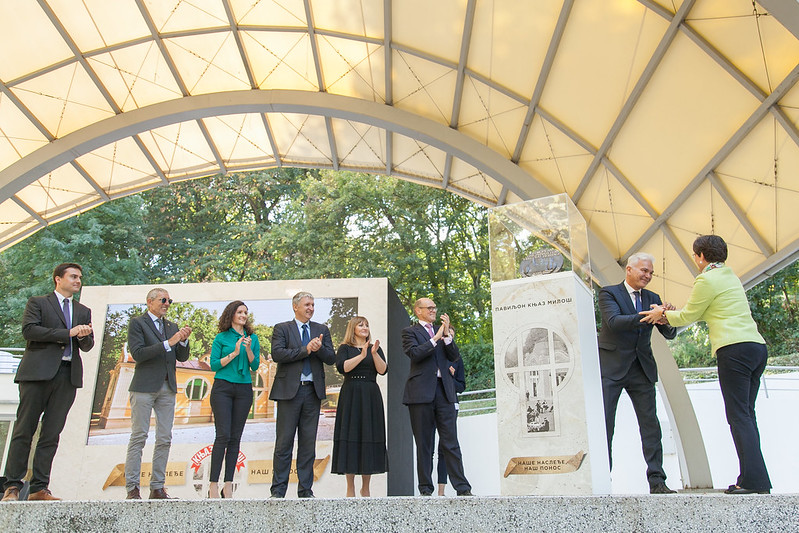 The Pavilion of Prince Miloš has a historical significance that dates back to 1907. It was the first building constructed with reinforced concrete in Serbia. It was constructed at the site of the oldest mineral water spring in the Bukovička Spa Park. The Bukovička Spa Hospital, the Royal Norwegian Embassy in Serbia, the Municipality of Aranđelovac and the Knjaz Miloš company joined forces to both organise and finance the reconstruction of the facility, which was significantly damaged. In 2016, this exceptional building was returned to its historical beauty. 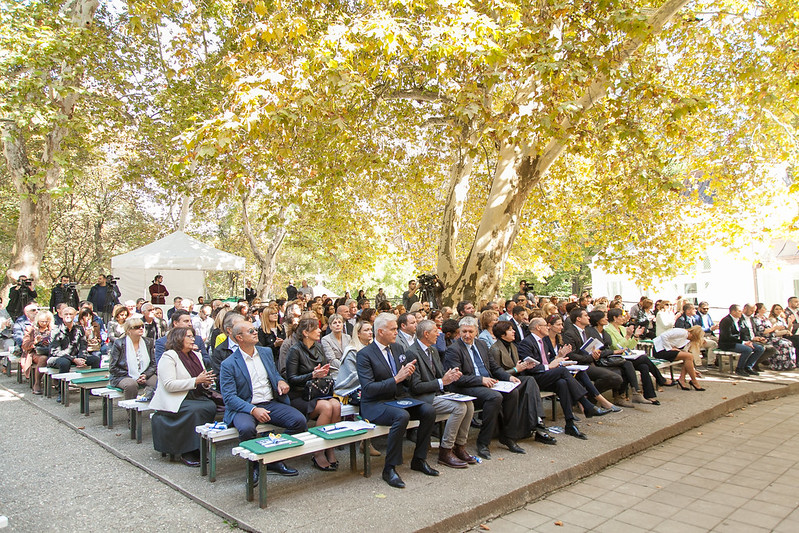 “I am delighted that we are gathered together today to celebrate this exemplary heritage achievement in this beautiful park, which keeps the source in its heart – the source of water, but also a source of inspiration, identity, history and culture for people from this area. Above that natural source of water, the Pavilion of Prince Miloš was built,” stated Europa Nostra’s Secretary-General Sneška Quaedvlieg-Mihailović.

“‘Our heritage – where the past meets the future’ is the slogan of the European Year of Cultural Heritage 2018. The Pavilion of Prince Miloš perfectly illustrates this slogan, representing the source and the exchange of universal values between past and future generations. We all have a collective responsibility to continue preserving our heritage, to celebrate and revitalise it, not as a relic of the past, but as a central part of our lives,” she emphasised. 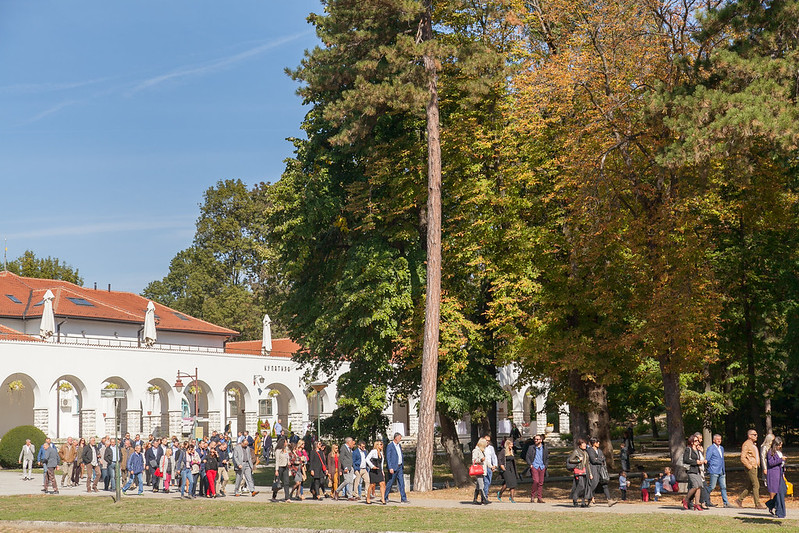 “We are most grateful to Europa Nostra for recognising the significance of this project and for awarding it with this prestigious European Heritage Award. This is a clear recognition that our beautiful Pavilion is not only Serbian but also European cultural heritage, placing Aranđelovac on the cultural map of Europe. This city can continue to count on the Knjaz Miloš company in the future to prove that our heritage is our pride,” said Mr. Miloš Stojisavljević, CEO of the Knjaz Miloš company.

“This full recognition from the European Union and Europa Nostra puts the Pavilion of Prince Miloš on Europe’s cultural map. We are very proud to have drawn the attention of the European public during the European Year of Cultural Heritage to the rich cultural heritage of Serbia,” highlighted Dr. Slobodan Prodanović, Director of the Bukovička Spa Hospital. 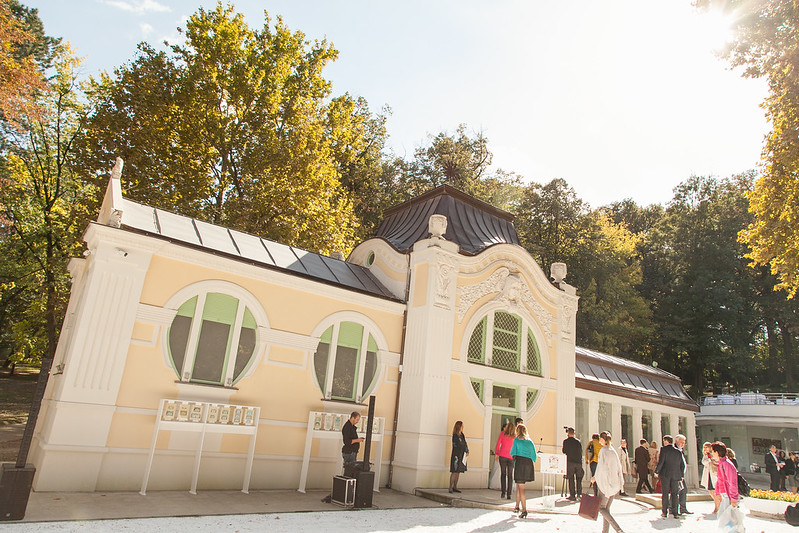 “This building is of great significance for both Serbian and European cultures. This is one of the reasons why the EU Prize for Cultural Heritage / Europa Nostra Award was awarded to the rehabilitation project of the Pavilion of Prince Miloš,” noted H.E. Arne Sannes Bjørnstad, Norwegian Ambassador to Serbia.

The rehabilitation project was presented by Ms. Jelena Strizović, Head of the Department of Property Rights, Urban Planning, Construction, Housing and Communal Affairs at the Municipality of Aranđelovac. 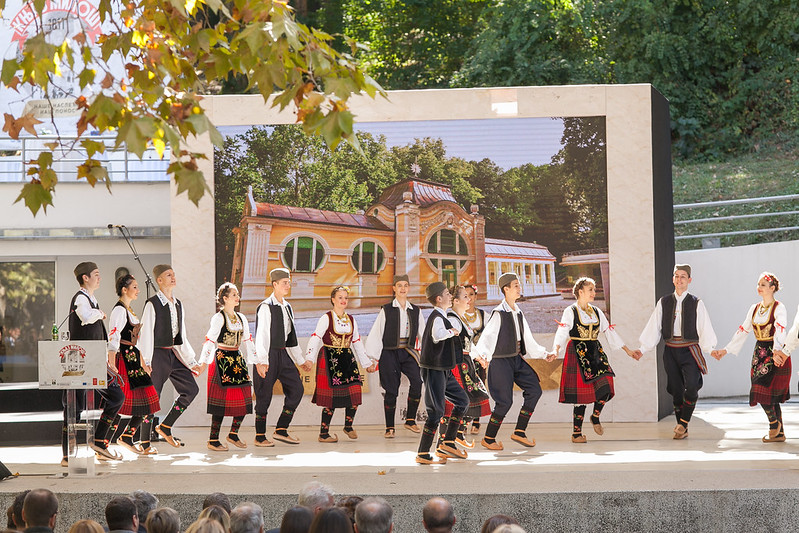 A guided visit to the Pavilion of Prince Miloš was organised for the ceremony’s participants, who also had the opportunity to enjoy musical performances by the Čarolija Children’s Choir, the Branko Krsmanović Academic Ensemble of National Games and Songs, Belgrade, and the Abrašević Ensemble of City Games and Songs, Aranđelovac.