Home News Serbia: Report for the rehabilitation of the Synagogue in Subotica presented

Serbia: Report for the rehabilitation of the Synagogue in Subotica presented

Europa Nostra and the European Investment Bank Institute made public today the technical and financial report for the restoration of the Synagogue in Subotica, listed among ‘The 7 Most Endangered’ heritage sites in Europe in 2014, following a nomination by Europa Nostra Serbia. The Synagogue, considered one of the finest examples of Art Nouveau architecture in Central Europe, is under the ownership of the Municipality of Subotica.

This report was prepared on the basis of the outcomes of the three-day mission in Subotica undertaken in October 2014, during which heritage and financial specialists from Europa Nostra and the European Investment Bank Institute (EIBI) visited the Synagogue and took part in several working meetings with local and national stakeholders. 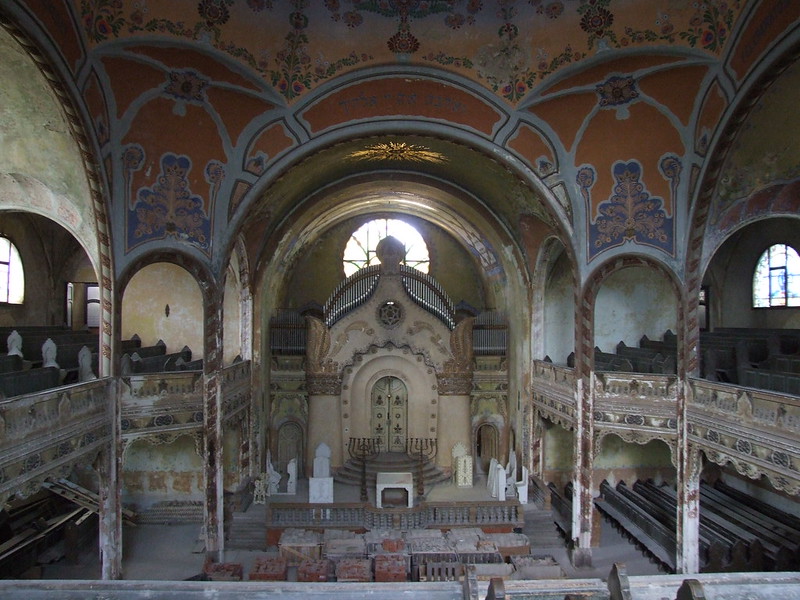 “For the last ten years the work of restoring the Synagogue in Subotica has been piecemeal, occurring as and when interest was shown, and relatively small amounts of money became available. As a result the works carried out have not always been satisfactory and, for example the work on the cupolas has not eliminated the occurrence of water infiltration,” reads the report led by Richard Deeley, Technical Consultant appointed by the European Investment Bank Institute.

“Independently of the Europa Nostra and EIBI visit in October 2014, the Hungarian Authorities subsequently came forward to offer needed technical assistance and €1.6 million of cross border financial support for conservation of the synagogue interior and laying out the garden,” it is added.

“The aim of this report is to emphasise the need for a holistic approach to the restoration of the synagogue instead of the short term piecemeal approach adopted to date. It also sets out some steps necessary for completing all the outstanding project works, in the hope of attracting sufficient donor interest and finance for the successful implementation of the entire project”, it is stressed.

“However, because of the limited access to the overall project documentation, it was impossible to get a full and detailed picture of all project works foreseen by the various partners concerned, and to give specific recommendations for the way forward. This technical report therefore remains based on the findings made during the October 2014 visit and the partial information and documentation made available by the City of Subotica until the day of today,” it is noted.