Slovenia: Plečnik House celebrated its Award with collaborators and 160 visitors

On 5-6 October, Ljubljana’s most prominent ‘boutique’ museum, Plečnik House, celebrated its EU Prize for Cultural Heritage / Europa Nostra Award 2018. The prestigious Award was conferred to the museum for its successful work in the category of Education, Training and Awareness-Raising. On 5 October, the museum celebrated the Award with its collaborators and prominent guests. On the following day, Plečnik House opened its doors for all visitors to freely enjoy this unique and treasured monument of Slovenian cultural heritage. Some 160 people paid a visit to the museum. 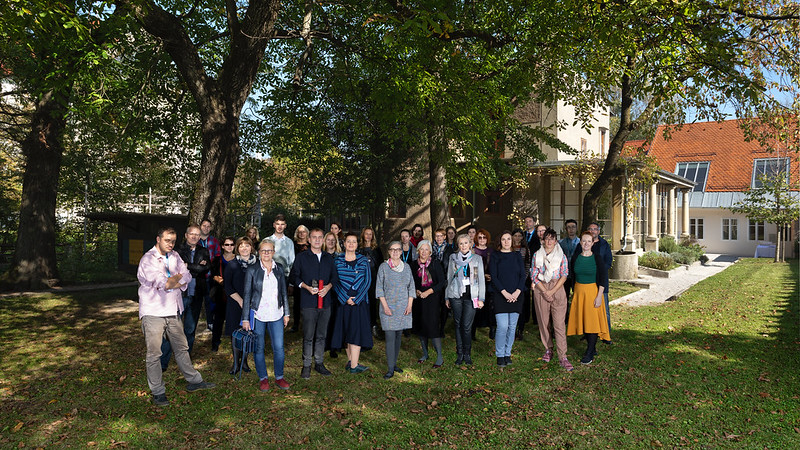 The event held on Friday 5 October was dedicated to all Plečnik House collaborators whose work substantially contributed to the creation and realisation of the museum’s educational programmes, which are important for increasing the popularisation of Plečnik’s heritage in various ways among different audiences. The event was also attended by prominent guests from Slovenian institutions that contributed to the comprehensive renovation of the Plečnik House between 2013 and 2015, namely the City of Ljubljana, the Ministry of Culture, the Institute for the Protection of Cultural Heritage of Slovenia and the Restoration Centre. 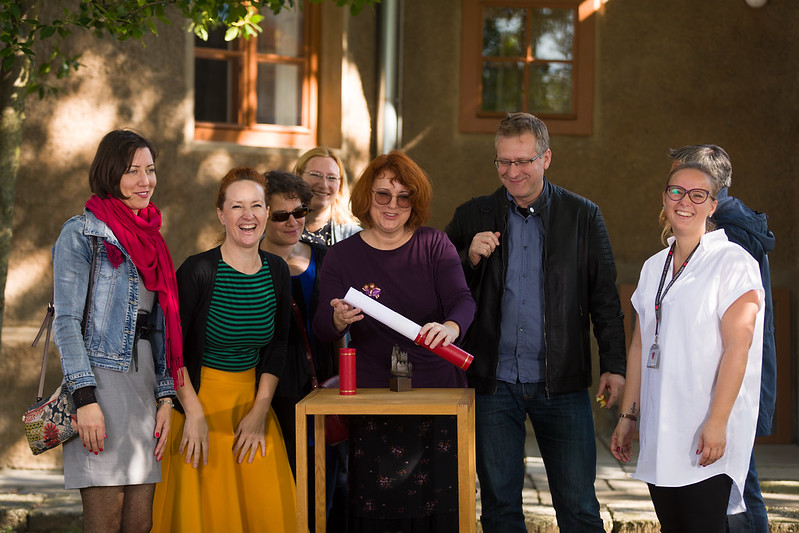 “Plečnik is fast becoming a recognisable trademark of Ljubljana and the Plečnik House, with its quality programmes, is a starting point for discovering the architect’s work. The comprehensive renovation of the Plečnik House was extremely important in achieving these goals. It has laid the foundations for the inclusion of various social groups in the museum’s activities as well as for spreading awareness of the deep importance of Plečnik’s heritage and cultural and architectural heritage in general. The EU Prize for Cultural Heritage / Europa Nostra Award 2018 is, therefore, a great recognition of our work so far and an encouragement for our future projects,” stated Blaž Peršin, director of the Museum and Galleries of Ljubljana which manages the Plečnik House. 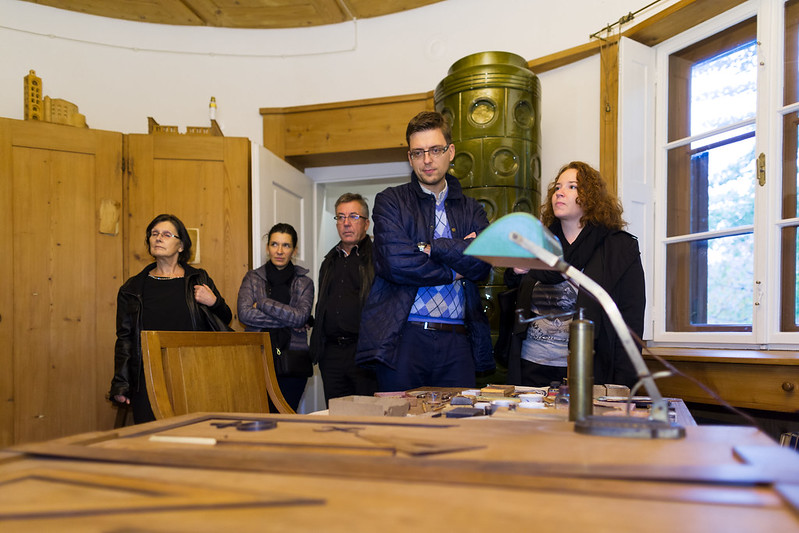 On Saturday 6 October, at the end of this year’s European Heritage Days, the doors of Plečnik House stayed open to the general public from 10 a.m. to 6 p.m. and visitors were able to visit the permanent exhibition on the life and work of Jože Plečnik and watch the documentary film on the comprehensive renovation of the Plečnik House (2013–2015). This documentary, titled Windows should be White, White, Clean, was made by the photographer and filmmaker Tone Stojko and produced by the Museum and Galleries of Ljubljana.

Guided tours of the house took place every 30 minutes, at which visitors had a chance to peek into the authentically preserved home of Jože Plečnik and thus enter into the intimate world of the architect who is largely responsible for how Ljubljana looks today. The tours were an instant ‘sell out’ and the participants highly enjoyed the visit. “We can be really proud of our great architect. Thank you for this educational and professional guided tour of the unique Plečnik House!,” commented one of the visitors.