On 24 November, in Morón de la Frontera (Spain), the bronze awards plaque received by the Cultural Association Hornos de la Cal de Morón was presented to the public. The Association received a European Heritage Award / Europa Nostra Award 2021 in the category Education Training and Awareness-raising for its wide variety of activities they organise in an effort to continue the centuries-old tradition of Morón Artisan Lime production in the region and to pass this heritage to the next generation. 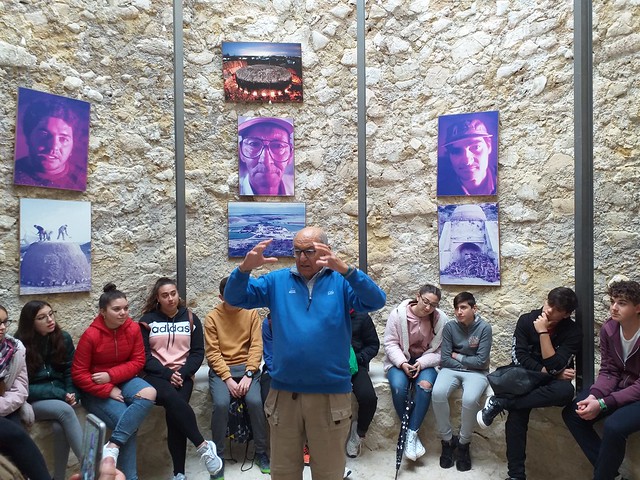 During the Local Award Ceremony, the Association also celebrated the 10th anniversary of the listing of the revitalisation of the traditional craftsmanship of lime-making in Morón de la Frontera, Seville and Andalusia on the UNESCO Intangible Cultural Heritage Register of Good Safeguarding Practices. In the surroundings of the Museum of the Cal de Morón, representatives from the fields of cultural heritage, academia and the museum sector discussed the range of best practices developed and implemented by the Association throughout their years of activity and discussed future plans for the preservation of this rich heritage. Europa Nostra was represented at the event by Bárbara Cordero Bellas, Director General of Hispania Nostra, Europa Nostra’s country representation in Spain.

At the end of the panel discussion, the bronze award plaque was unveiled and presented to the public. The ceremony was followed by a tour of the Museum and by a traditional lunch, after which the attendees enjoyed a flamenco performance.