The 2019 edition of the Excellence Fair took place in one of Paris’ most iconic monuments, the Hôtel de Ville. As a witness to many of France’s defining moments, Paris’ City Hall provided an ideal setting for the laureates of the European Heritage Awards / Europa Nostra Awards who sought to present their exemplary projects to the wider public on 28 October. This year, 27 projects were awarded from across Europe, including two countries not taking part in the Creative Europe Programme: Turkey and Switzerland. The event was attended by approximately 300 visitors, comprised of experts, officials, volunteers and those who take a keen interest in the field of cultural heritage. 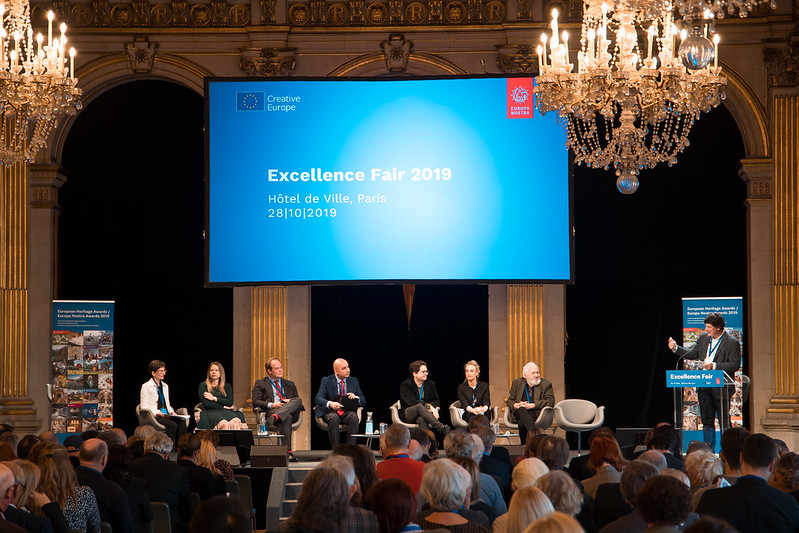 Prof. Dr. Hermann Parzinger, Executive President of Europa Nostra, welcomed the audience to the Hôtel de Ville and used the opportunity to stress the importance that cultural initiatives like the Awards scheme have for the education of the younger generations.

Europa Nostra’s Executive President @hparzinger warmly welcomes the audience to our Excellence Fair at the Hôtel de Ville in Paris.

Today, we will listen to inspiring presentations & success stories by the #EuropeanHeritageAwards #EuropaNostraAwards 2019 laureates 🏆👏 pic.twitter.com/vV5ZpmYbbv

Ms. Karen Taïeb, the Deputy Mayor of Paris in charge of Heritage, welcomed the audience to the historic Hôtel de Ville, an important site at the heart of Parisian history. Ms. Taïeb added that Paris itself has always been a centre for culture, heritage and the arts and that it is therefore not a surprise that Europa Nostra was founded there, over 50 years ago.

The 27 laureates of the European Heritage Awards / Europa Nostra Awards 2019 were introduced and invited on stage to participate in a discussion on the challenges they faced when executing their projects, and the lessons they learned. The presentations were divided into four panels, each with 7 or 8 speakers. The themes of the panels were based on four of the main points discussed in the “Five Pillars of the European Framework for Action on Cultural Heritage”. This ambitious document was released by the European Commission in December 2018 and has set a common direction for heritage-related activities at European level, primarily in EU policies and programmes. The themes were, in respective order of their occurence, Inclusivity, Sustainability, Resilience and Innovation in cultural heritage.

The first session on inclusive heritage was moderated by Elena Bianchi, Coordinator of the European Heritage Awards / Europa Nostra Awards and Juliane Ott, from the European Commission DG EAC – Education, Youth, Sport and Culture. Central to this conversation was the responsibility that cultural heritage experts have to ensure the widest possible access to cultural heritage, to people from every background. 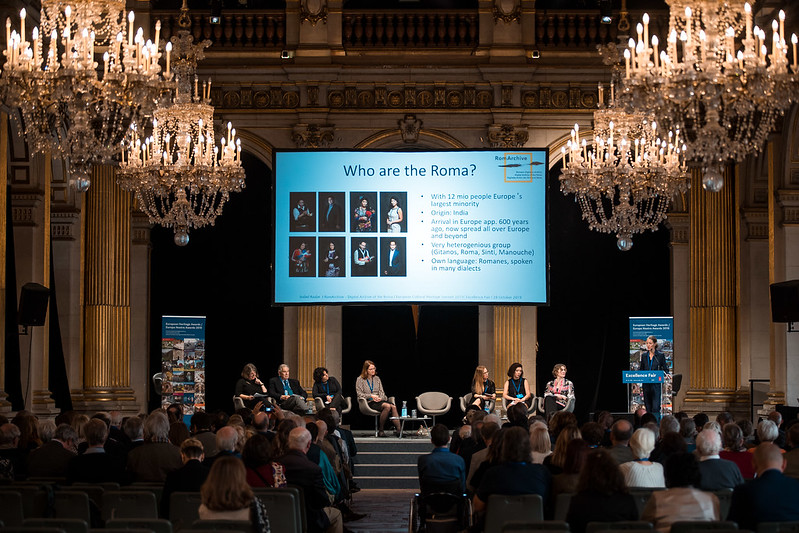 In the second session, the theme of innovative heritage was introduced by Emanuala de Menna, Project Advisor at the Executive Agency for Small and Medium-sized Enterprises (EASME) of the European Commission, and by Mr. Koen van Balen, the Chair of the Heritage Awards Jury for the category of Conservation and and Project Coordinator of the Horizon 2020 project, ILUCIDARE. Innovation in heritage does not only refer to the advancement of technology, but also to the social innovation fostered through the inclusion of civil society in cultural heritage governance. 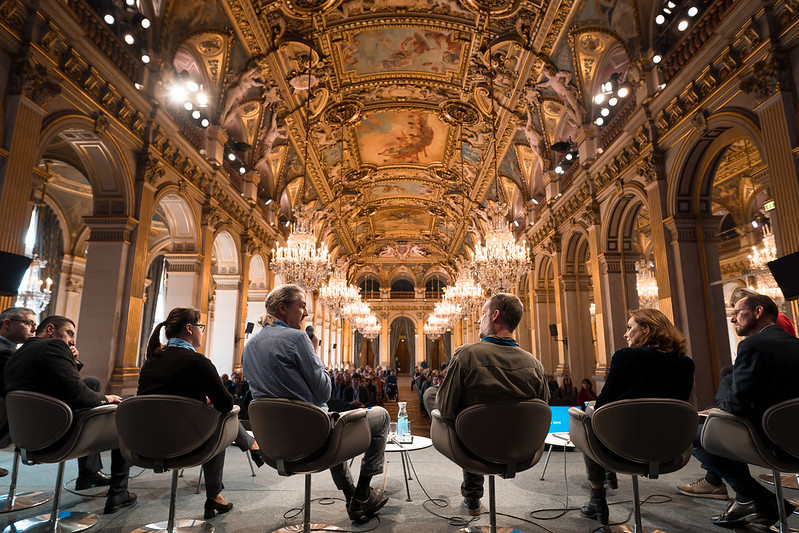 The third session focused on resilient heritage, which relates to the quality of physical interventions in cultural heritage, and the protection of cultural sites in times of natural disasters and the pressing issue of climate change. This round was moderated by Stefan Bâlici, Director-General of the National Institute of Heritage of Romania. 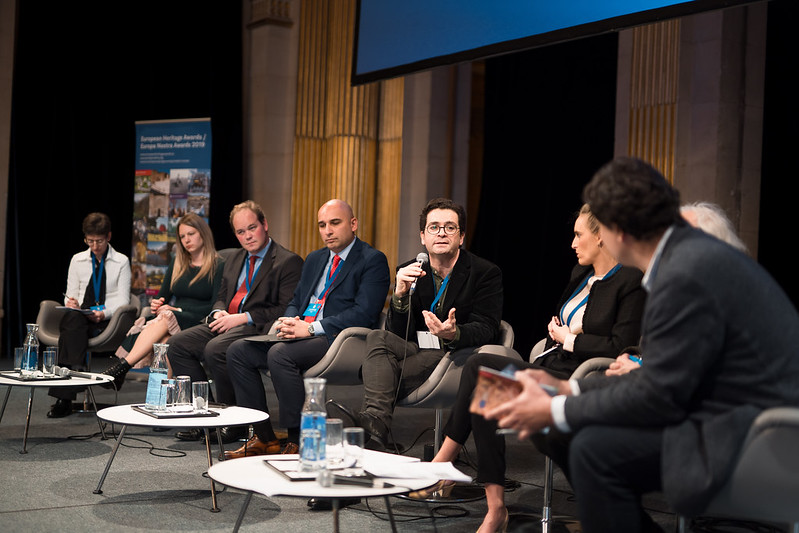 After the lunch, the audience convened for the final session of the Excellence Fair, on sustainable heritage. This panel was moderated by Pavlos Chatzigrigoriou, a Member of the Heritage Awards Jury for the category of Education, Training and Awareness-raising. Central to this conversation was the opportunities that cultural heritage offer to revitalise communities, cities and whole regions. This includes the adaptive re-use of monumental sites and sustainable tourism. 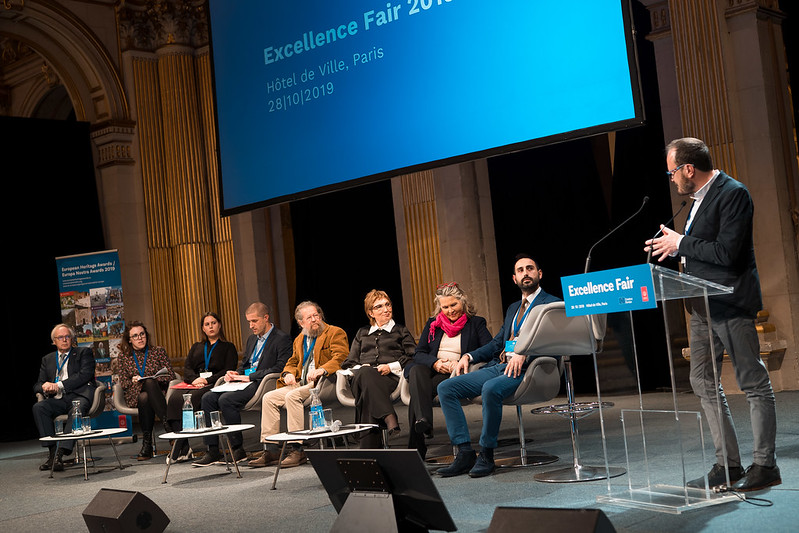 After the conclusion of the sessions on the four pillars of cultural heritage valorisation, a lecture was given by General Jean-Louis Georgelin, Special Representative of the President of the French Republic on the approach that will be employed to restore the Notre-Dame Cathedral, after its tragic partial destruction by fire on 15 April 2019. 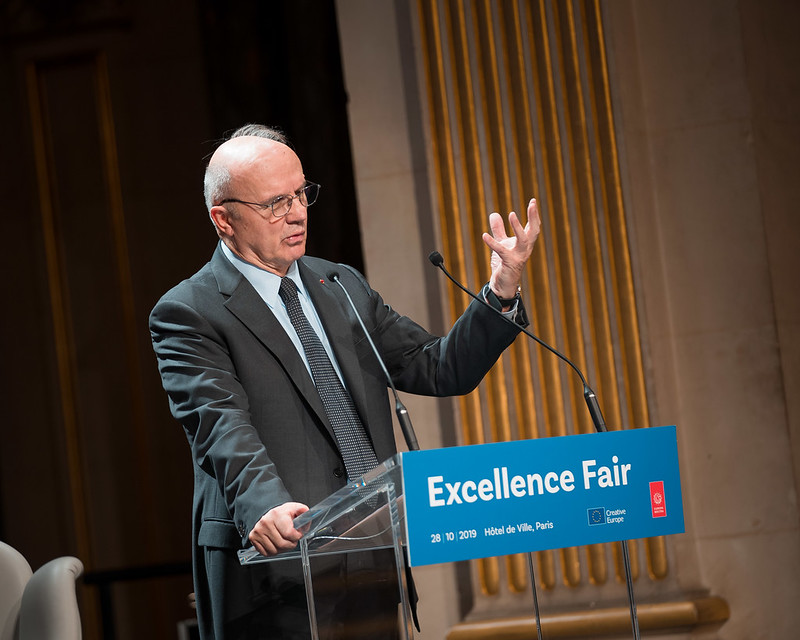 The Excellence Fair was concluded with remarks by Catherine Magnant, Advisor for Cultural Heritage at the European Commission DG EAC – Education, Youth, Sport and Culture. Ms Magnant concluded with a message of hope for heritage in the future, affirming the European Commission’s commitment to continue work with and in support of the best cultural heritage projects across Europe, and in partnership with Europa Nostra. 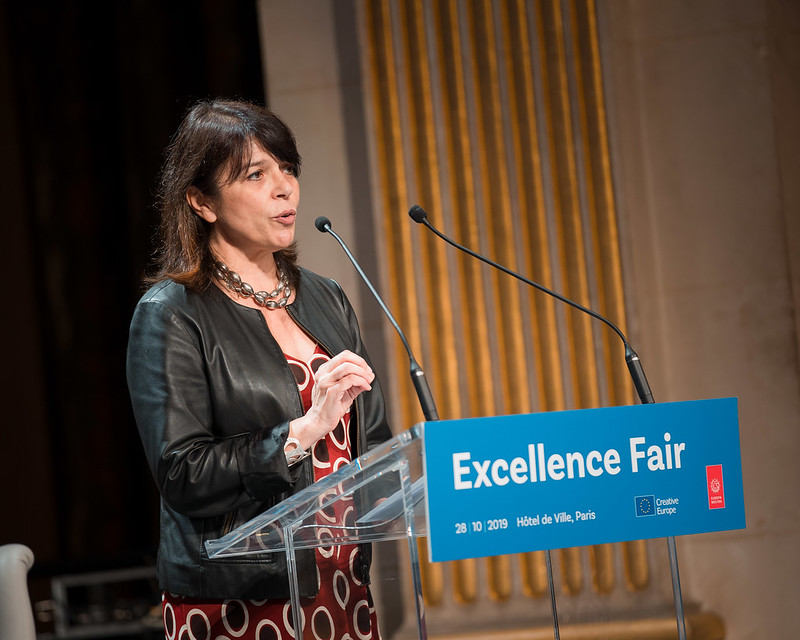 The programme booklet of the Excellence Fair, including brief descriptions of the winning projects and information on each of the speakers, can be viewed here.