The Conciergerie welcomes Paris Summit delegates for a special evening

In the frame of the European Cultural Heritage Summit taking place on 27-30 October in Paris, the Centre des Monuments Nationaux and its president Philippe Bélaval kindly invited the participants from all over Europe and beyond to convene at the Conciergerie for a special evening. They had the opportunity not only to visit this historical medieval building but also the current exhibition “Marie-Antoinette, Metamorphoses of an Image“ which had just opened on 16 October.

Philippe Bélaval, President of the Centre des Monuments Nationaux, welcomed the participants and explained the important mission of his institution dedicated to the conservation of around 100 historic buildings and their collections across France. 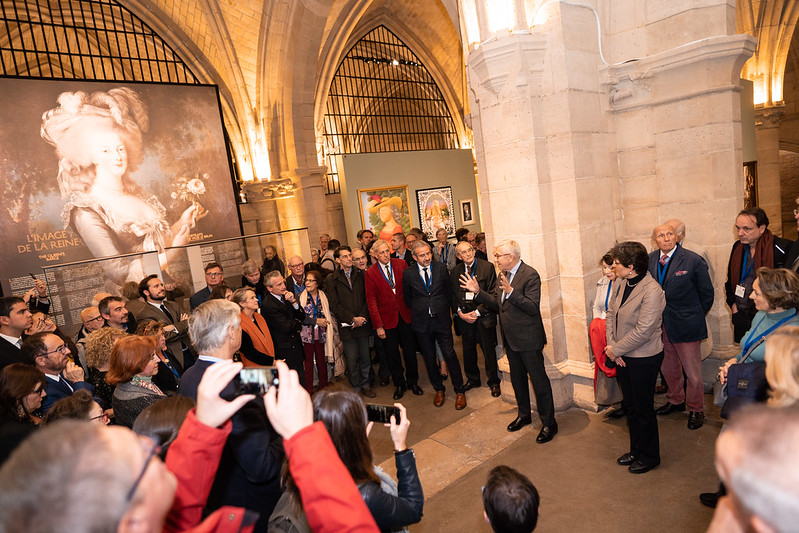 In a relaxed and festive atmosphere, delegates could wander around the Conciergerie, including the oratory, and its exhibition. Closing a full day of the Excellence Fair during which the laureates of the 2019 European Heritage Awards / Europa Nostra Awards presented their projects, the evening was also the opportunity for participants to exchange and to network.

The Conciergerie is a historical building located in the very heart of Paris, dating from the 10th century and used as a royal residence for years. During the French Revolution, the place was turned into a prison and hosted a very particular prisoner in 1793: Marie-Antoinette. She was held in a private cell for ten weeks and stayed there until her death. Her cell was changed in an oratory in her memory.

Currently, the Conciergerie is displaying an exhibition dedicated to Marie-Antoinette and the representations she has been subject to during the centuries. The latter showcases almost 200 pieces, from artefacts to archives, related to this emblematic figure of the monarchy and the French Revolution.