Turkey: European experts release report for the rehabilitation of the Prinkipo Greek Orphanage

Europa Nostra, the leading heritage organisation in Europe, and the European Investment Bank Institute issued today a technical and financial report comprising an action plan to recover the Greek Orphanage complex, located on Büyükada / Prinkipo, one of the Princes’ Islands in the Marmara Sea, forming part of greater Istanbul. The complex was listed among the 7 Most Endangered heritage sites in Europe in 2018, following a nomination made by Europa Nostra Turkey. 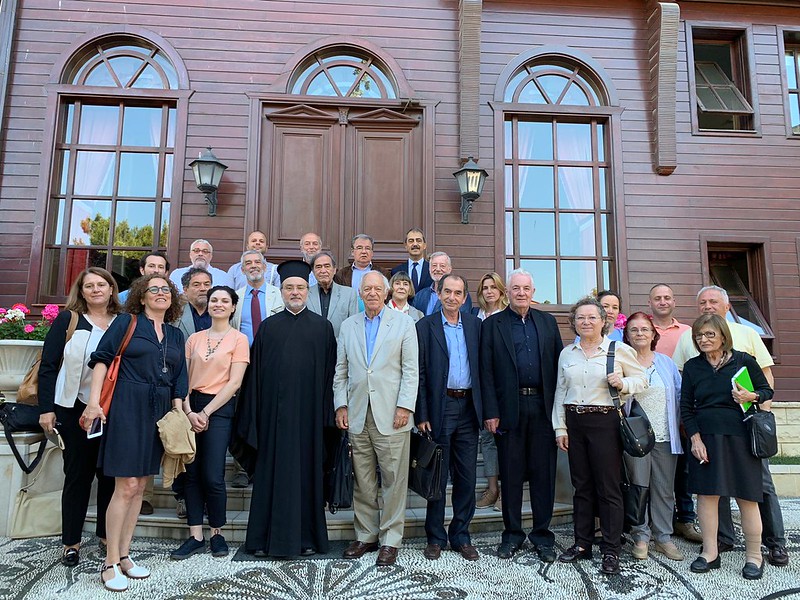 The report was formulated on the basis of the outcome of the three-day mission to Turkey undertaken on 29-31 May 2019 and on the structural report produced by Clive Dawson, a structural engineer with wide experience of work on historic buildings, who visited the building in April 2019. During the mission, heritage and financial experts from Europa Nostra, Europa Nostra Turkey, the European Investment Bank Institute visited the Orphanage and met with local stakeholders and national authorities – including His All Holiness, Bartholomew, Archbishop of Constantinople New Rome and Ecumenical Patriarch, Members of the of the Princes’ Islands Municipality, the Protection Boards of the Ministry of Culture of Istanbul and Ankara and Mr Christian Berger, Ambassador to the EU in Turkey. Non-governmental civil society organisations and other stakeholders also joined the meetings, with the aim of mobilising efforts towards saving this iconic complex of buildings.

The complex consists of the main Orphanage and the Secondary School buildings, with more than 15,000 m2 of total floor space. The main building is thought to be the largest wooden construction in Europe and the second largest in the world. Designed and built as a hotel and casino at the end of the 19th-century by the architect Alexander Vallaury, the site was ultimately donated to the Ecumenical Patriarchate of Constantinople in 1903 with the condition that it would be operated as an orphanage after the intended function of the building could not be realised. The Orphanage was closed in 1964 and was abandoned thereafter. Since then, bad weather, a fire in 1968, the earthquake Turkey suffered in 1999 and the lack of maintenance have extensively damaged the buildings, leading to its current state of extensive disrepair and serious risk of collapse. 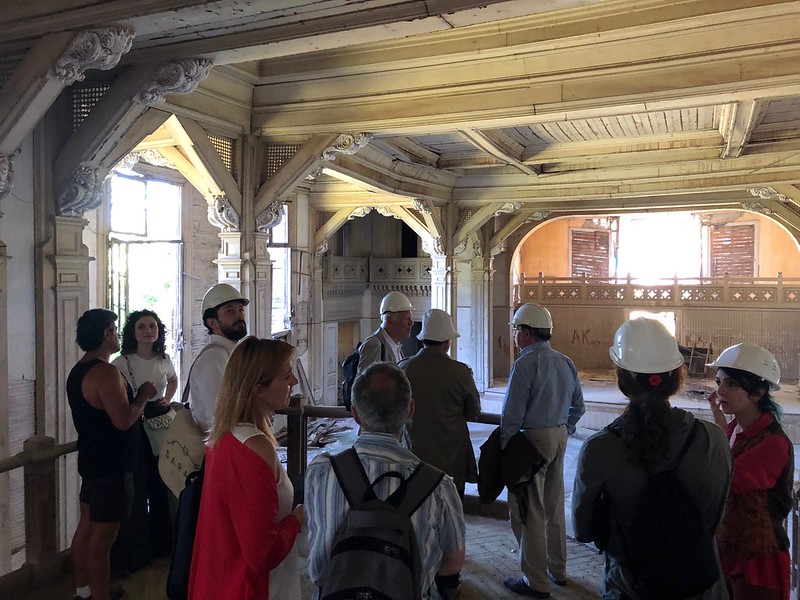 “The Orphanage offers a remarkable visual impression from both the island [of Büyükada/Prinkipo] and the seaside. Aside from its unique artistic and aesthetic value, the structure is exemplary of the technical skills of construction and architectural design of the period in which it was built. The Orphanage is of significance to the mythology of the island and holds a special place in the shared memory of the local communities, especially in the minds of the Rum (Greek) community of İstanbul,” highlights the report.

“The buildings have been in a state of disuse since 1964 and currently there is no human habitation, with the exception of a concierge. Bad weather, in particular during the winter (i.e. heavy rains and strong northern winds), the earthquake Turkey suffered in 1999 and the lack of maintenance have extensively damaged the buildings, resulting in a state of extensive disrepair and serious risk of collapse. (…) The primary purpose of this project is the recovery of the site, and putting the buildings in a safe condition. Afterwards, the site would be given new life, offering the possibility of combining several different permanent and temporary uses. The basic intention is not to restore it completely back to its original status but to adapt it to new attractive uses, also making the degradation it has suffered over recent years visible to the greatest possible extent,” notes the report.

The following proposed actions and recommendations for its preservation and future utilisation are put forward in the report:

● As far as the site is currently abandoned to decay, an immediate preliminary intervention should be quickly designed, planned and implemented to protect the buildings from further deterioration. The technical assessment and proposals presented in the report of the Technical Mission (April 2019) and other previous work can be utilized as a basis for the planning of the implementation of preliminary interventions. This action, with an estimated cost nearing two million euro, could probably be taken and funded by the Patriarchate [the owner] with the support of external donors, if feasible.

● The first activity of the recovery project would consist of the development of a definitive concept about the future use of the site. The basic primary idea is to convert the Orphanage into an Environmental and Inter-faith Dialogue Centre, free from any political agenda. However, other compatible uses would also be considered, and indeed be needed, to generate some revenue to ensure the viability of the project. The participation of stakeholders in this process is crucial.

● Before putting in place any rehabilitation intervention, a Management Unit should be set up and a comprehensive business plan carried out in order to assess to what extent the final product would be sustainable in the future. It should basically consist of the identification and design of the final plan to be adopted, as well as the estimation of the investment costs required for the construction, operation and maintenance of the site. Studies related to risk analysis, the identification of the works’ procurement strategy and a project implementation plan has to also be prepared. The participation of international experts, entailing a multidisciplinary team, should be an important requirement.

● Due to the particular environment in which the Orphanage is located and the special characteristics of the building, it is recommended that, although not legally required, an informal Environmental Impact Assessment following the standard procedures established at international level, is to be carried out, in particular dealing with the construction phase.

● The operation and management of the project will be the responsibility of the owner. Nevertheless, these activities may be delegated to a private operator having extensive experience in the management of such a complex building, both from the technical and administrative standpoints.

● The Patriarchate, through the final legal owner of the Site, would be responsible for raising the necessary funds for financing the main works and to carry out the implementation of the project. Several international potential sources of a different nature must be explored.

According to the report, there are many caveats and uncertainties which make it impossible to provide an estimate of the final project costs. However, on the basis of the information to hand, it is reasonable to expect that the project would require a total investment of at least €40 million but this figure could be much higher. This would generate considerable employment opportunities throughout the project (likely within the range of 250-300 persons per year), including some very specialised workers. The report estimates that the project would take 4-5 years to complete.

A phased approach is proposed, beginning with a technical assessment of the current status and the implementation of urgent measures. The technical assessment and proposals presented in the report of the Technical Mission (April 2019) and other previous work can be utilized as a basis for the planning of the implementation of preliminary interventions. Stakeholder discussions to decide on the future uses of the site are then proposed, followed by a feasibility study and preparation of a business plan. The technical design of the architectural solution would then finally be followed by the implementation of the works. This final phase of the project is estimated to take 2-3 years to complete.

Photos of the monuments in high-resolution
Photos of the mission to Prinkipo Greek Orphanage in May 2019
7mostendangered.eu
twitter.com/europanostra
youtube.com/user/EuropaNostraChannel