IEHC visit to the Menier Chocolate Factory at Noisiel 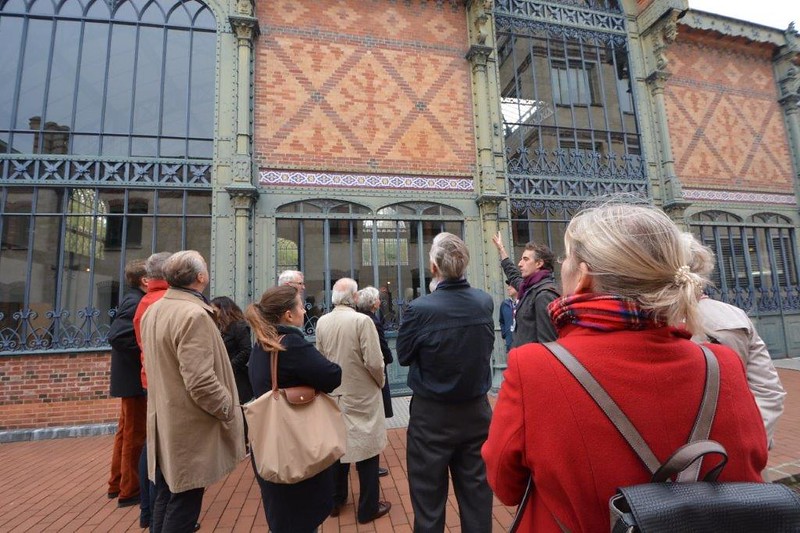 Designed to promote its products by dazzling its visitors, the Menier chocolate factory is undoubtedly one of France’s most remarkable industrial heritage sites, even featuring on the country’s tentative list for world heritage inscription. Its origins go back to 1825 when Jean-Antoine Brutus Menier, a Paris manufacturer of pharmaceutical products, acquired an old mill in the village of Noisiel on the river Marne, about 25 km to the east of Paris, using the mill’s water power to grind his various vegetal and mineral raw materials and reduce them to impalpable powder. 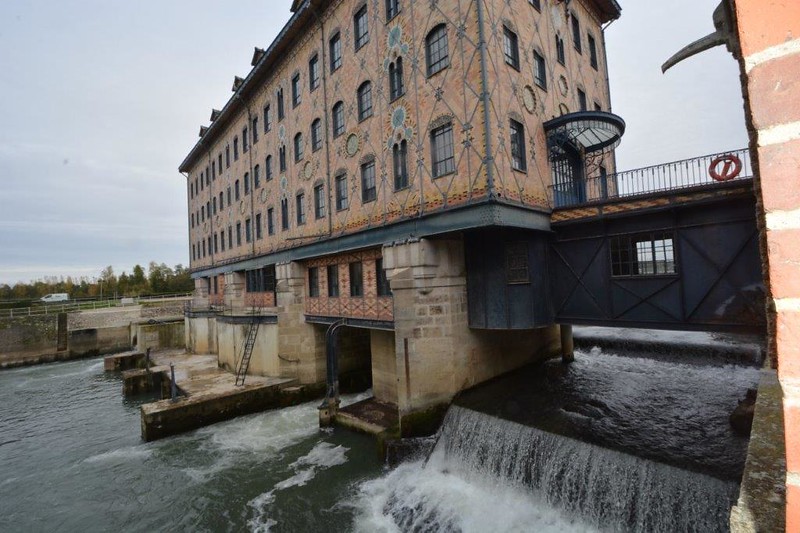 During the 1860s, Menier began to concentrate on one of the firm’s most successful products, chocolate, now sold for everyday consumption by grocers as well as chemists. For that purpose, the original factory-site was considerably enlarged under the direction of the architect Jules Saulnier, who, in 1871, designed a remarkable new mill building for grinding the cacao seeds and blending the chocolate liquor. This was one of the earliest metal-framed buildings in the world, its framework left visible with spectacularly colourful brick in-fill decorated with cocoa plants and flowers. During the 1880s, another remarkable metal framed building was added to house new refrigerating machines, necessary for cooling the chocolate tablets. Finally, the factory was further enlarged in 1906 with more remarkable buildings, designed this time by Stephen Sauvestre (architect of Gustave Eiffel’s tower) and making pioneering used of fretted concrete. 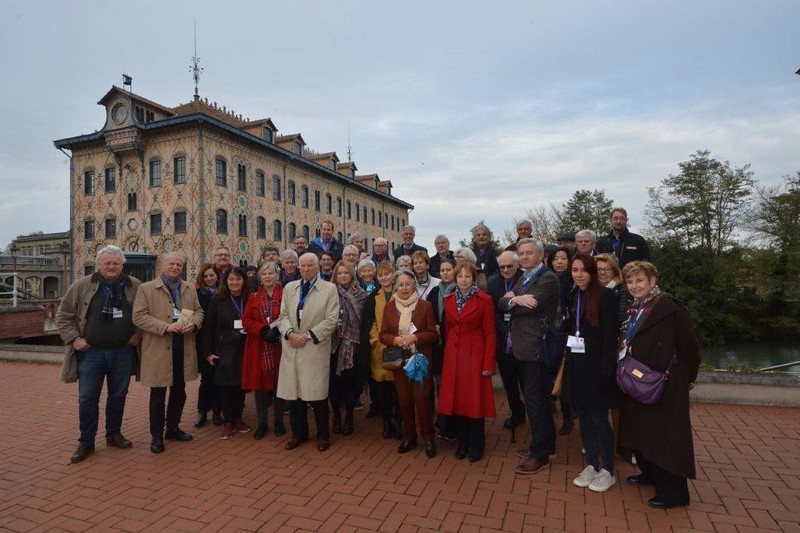 The factory ceased its production of chocolate bars in 1990. The buildings, protected as historic monuments, were acquired by Nestlé France, who commissioned the architectural firm of Bernard Reichen and Philippe Robert to convert the ensemble into their head offices. This reconversion was awarded a Europa Nostra medal in 1998 as an exemplary re-use operation. The visit to Noisiel also comprised the cité ouvrière, the workers’ housing built from 1874 to 1911 and including a town hall, primary schools, cooperative shops, hotels, a meeting room and a refectory. The refectory building, with its first-floor meeting room, is today in desperate need of repair and features on the 2019 list of endangered heritage proposed by the Fondation du Patrimoine and the indefatigable and ineffable Stéphane Bern.

Since 2000, the town of Noisiel has enjoyed the Ministry of Culture’s label as a “Ville d’Art et d’Historie”. This prestigious label requires the town to create a dedicated service for the interpretation and promotion of its heritage. Anna Barbara, who runs this service in Noisiel, was the kind organiser of the visit, along with the highly competent and well-informed guides Miléna Bigaré and Geoffroy Regnauld. Our thanks to them and to Nestlé France for authorizing this exceptional VIP visit for Europa Nostra.