The Casa Batlló (Spain) was awarded the Heritage in Motion ‘Best Achievement Award’ for their Casa Batlló 10D Experience during a ceremony held on 21 September at, and livestreamed from, the Doge’s Palace in the World Heritage City of Venice, in the frame of the European Cultural Heritage Summit 2021.

Artificial Intelligence, Augmented Reality and Machine Learning are combined to create immersive spaces and delicate presentations that appeal to the senses, offering the Casa Batlló’s visitors sensations that have never been experienced before.  “The range and amount of data mined is impressive. The possibility for each visitor to have a truly unique experience, as a result of the number of digital possibilities that have been explored and brought together, is highly remarkable,” stated the jury of the Heritage in Motion Awards.

The ‘Best Achievement Award’ was announced by Sneška Quaedvlieg-Mihailović, Secretary-General of Europa Nostra, a founding partner of Heritage in Motion Awards. In her speech, she stressed the importance of innovation. “Innovation is everywhere in the heritage world. The creativity and inspiration of cultural heritage is the driving force for Europe and its citizens. So many amazing ideas and projects are presented here today, and we need each and everyone of them for a New European Renaissance, the theme of our Summit in Venice,” stated the Secretary General of Europa Nostra.

During the Heritage in Motion Awards Ceremony in Venice, the winners in four other categories were also made public. 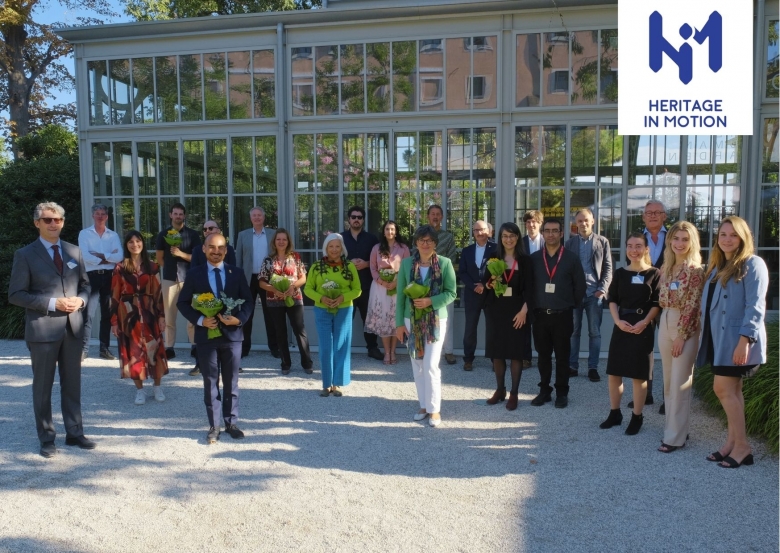 Harry Verwayen, Executive Director Europeana Foundation, unveiled the winner in the category Website
Archaeology at Home by DigVentures, UK
“A real role model to be followed by others – and a worthy outcome of the COVID-19 pandemic which forced so many cultural institutions to go digital,” stated the jury.

Robin Lutz, documentary filmmaker and founding father of the Heritage in Motion Awards, announced the winner in the category App
LIFE CODE. Escape room quest in Darwin museum, which educate!  by Next.space, Russia
“A refreshing, entertaining approach, mainly addressed to young visitors, to explain the complex notions of biology in an engaging way,” stated the jury.

Massimo Negri, Scientific Director of the European Museum Academy, announced the winner in the category Games & interactive experiences
Casa Batlló 10D Experience by Casa Batlló, Spain
“A true treat for all the senses, the project is truly interactive and offers a unique experience to each visitor,” stated the jury.

The Heritage in Motion Awards are the annual multimedia competition on themes related to Europe’s cultural and natural heritage for the creators and users of films, games, apps and websites. It celebrates the best multimedia achievements and products, engaging the public with Europe’s outstanding heritage in all its forms. The Heritage in Motion Awards are a joint initiative of Europa Nostra and the European Museum Academy and are empowered by Europeana. More information can be found at heritageinmotion.eu