On the morning of 23 June, the Berlin State Library hosted a moving ceremony to mark the return of an invaluable medieval manuscript which was transported from Berlin 77 years ago and never returned. The manuscript contains two splendidly painted “Fürstenspiegel” (Mirrors of Princes). The ceremony was followed by the General Assembly 2018 of Europa Nostra chaired for the first time by Hermann Parzinger, the incoming Executive President of Europa Nostra. 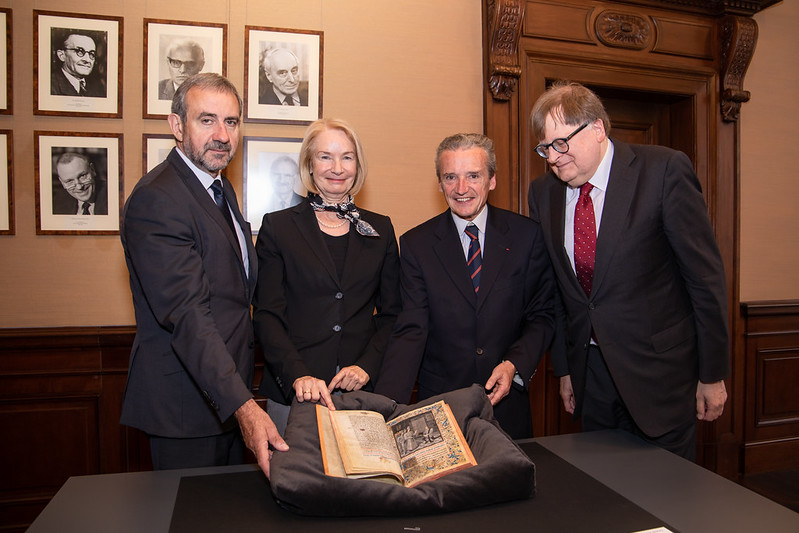 Thanks to the collaboration of the Berlin State Library, the Société des Manuscrits des Assureurs Français, the Bibliothèque Nationale de France, the B. H. Breslauer Foundation and the Prussian Cultural Heritage Foundation, the manuscript has now returned to the Library after more than 7 decades.

In 1852, the Prussian Royal House donated the precious medieval French manuscript, which previously belonged to Prince Henry, to the then Royal Library, later the Prussian State Library, now the Berlin State Library. In 1941, the manuscript (Ms. gall. fol. 177), together with other valuables from the Library, was brought to Fürstenstein Castle in Silesia to be protected during the War. All trace of these artefacts were subsequently lost and the manuscript was considered disappeared ever since.

The Société des Manuscrits des Assureurs Français (SMAF), based in Paris, acquired the manuscript in 1980 and it was only in 1996 that the provenance of the manuscript could finally be clarified thanks to extensive research. The SMAF then offered for the Berlin State Library to repurchase of the manuscript which was made possible thanks to mediation by and funding from the B. H. Breslauer Foundation, based in New York. 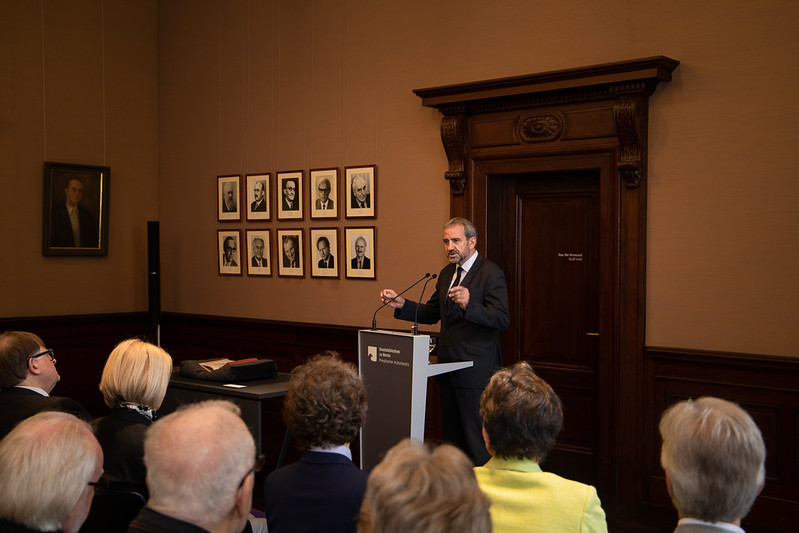 Hermann Parzinger, Executive President of Europa Nostra and President of the Prussian Cultural Heritage Foundation, stated: “Several generations will still have to deal with the consequences of the Second World War. Throughout Europe, cultural assets have been relocated, lost or demonstrably destroyed, others have been subject to unlawful appropriations and many other circumstances. This also gave rise to such complex legal situations that, as in the case of medieval manuscripts, demand a pragmatic solution. I am grateful that this has been achieved between Paris and Berlin with the help of our American friends.”

Bertrand de Feydeau, President of the Société des Manuscrits des Assureurs Français and Council member of Europa Nostra, emphasised: “By deciding to give the manuscript to the Berlin State Library at a quarter of the estimated price, the SMAF Council has acted in favour of Franco-German friendship. The SMAF also acknowledged the close cooperation between the two countries, which is an integral part of the former foundation and prosperity of the European Union, despite earlier, painful phases of our common history”.

Barbara Schneider-Kempf, General Director of the Berlin State Library, paid particular tribute to “the constructive interaction between the Presidents of the Société des Manuscrits des Assureurs Français, the Prussian Cultural Heritage Foundation and the B. H. Breslauer Foundation, who together managed to find an amicable solution to an unusual problem”.

The participants of the ceremony (read news item in German) included many members of Europa Nostra and Stéphane Bern, winner of an EU Prize for Cultural Heritage / Europa Nostra Award 2018 in the category Dedicated Service, who congratulated the smooth collaboration between France and Germany.

In addition, participants, could also admire the original manuscript of the Ninth Symphony by Ludwig van Beethoven, also archived in the Berlin State Library and inscribed on the UNESCO Memory of the World Register. 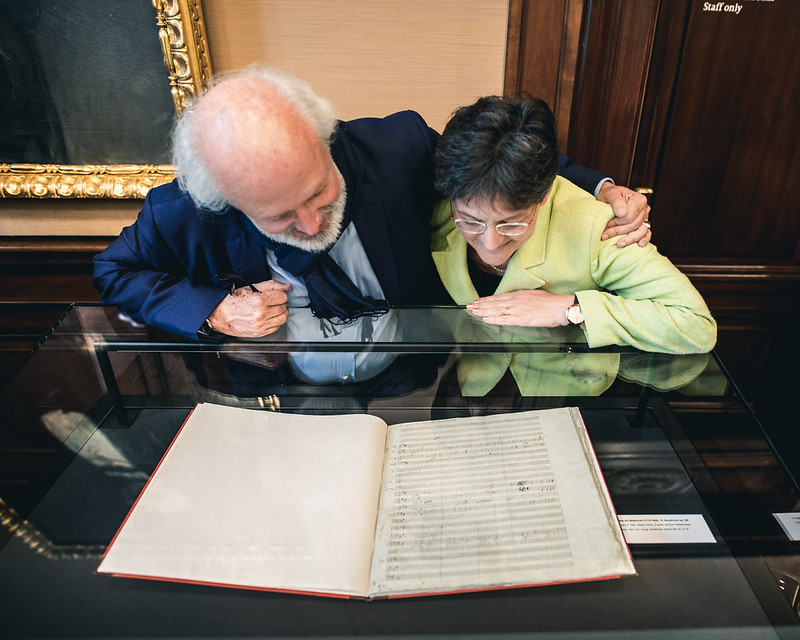 During the General Assembly of Europa Nostra, an In Memoriam tribute was paid to HRH the late Prince Henrik of Denmark, President of Europa Nostra from 1990 to June 2007. Special tributes to Denis de Kergorlay, outgoing Executive President, and John Sell, outgoing Executive Vice-President, were paid for their outstanding leadership at the head of the organisation for the past 9 years. The General Assembly unanimously decided to appoint Denis de Kergorlay as Honorary President in recognition of his long and distinguished service at the head of Europa Nostra. 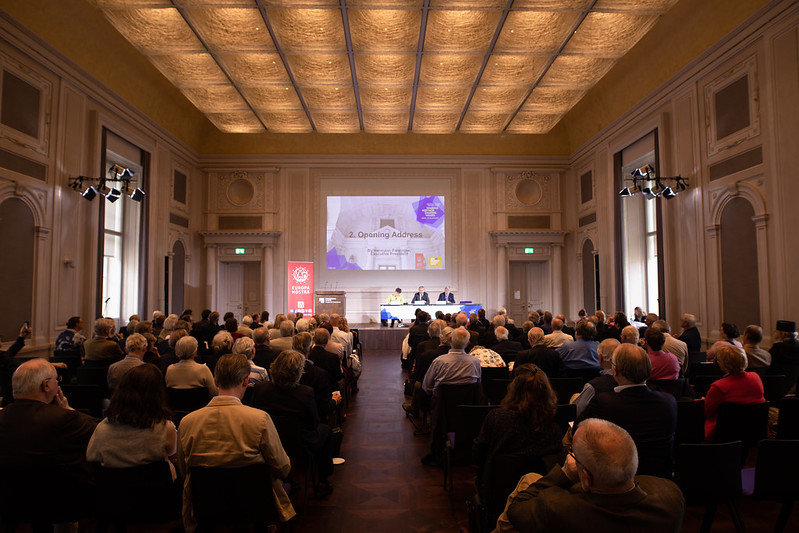 The General Assembly also appointed the new members of the Council nominated by the Member Organisations and Country Representations as well as by Individual Members, and adopted the Annual Report 2017 and the draft budget 2019.

Fruitful discussions also took place on the European Year of Cultural Heritage 2018 and its legacy for the future.