Bettany Hughes, historian, author and broadcaster from the United Kingdom, received the Helena Vaz da Silva European Award for Raising Public Awareness on Cultural Heritage 2018 at a moving ceremony held on 15 November at the Gulbenkian Foundation in Lisbon. 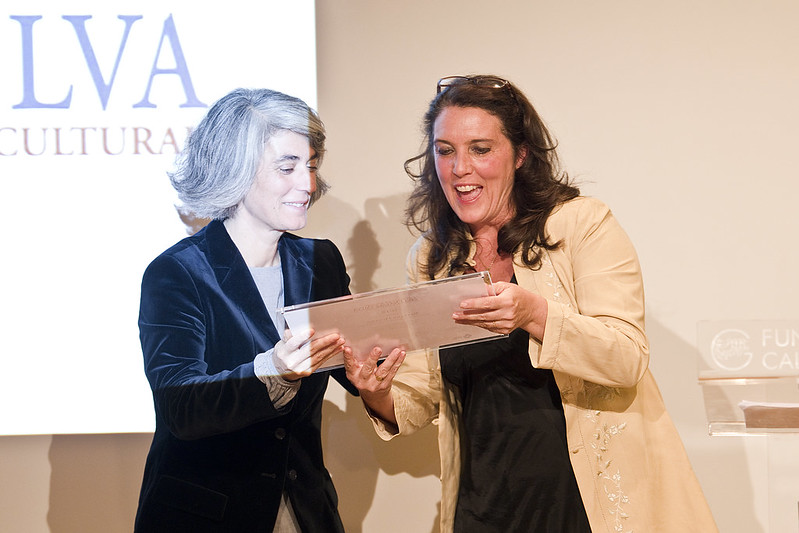 “To peace, to life and to a powerful future for culture and heritage”. After making this strong statement at the end of her impassioned acceptance speech, Bettany Hughes was proud to sign the Berlin Call to Action: “Cultural Heritage for the Future of Europe”, which calls on the EU institutions to fully recognise cultural heritage as a priority for future European policies and funding as a means to build a more inclusive, cohesive and just Europe. 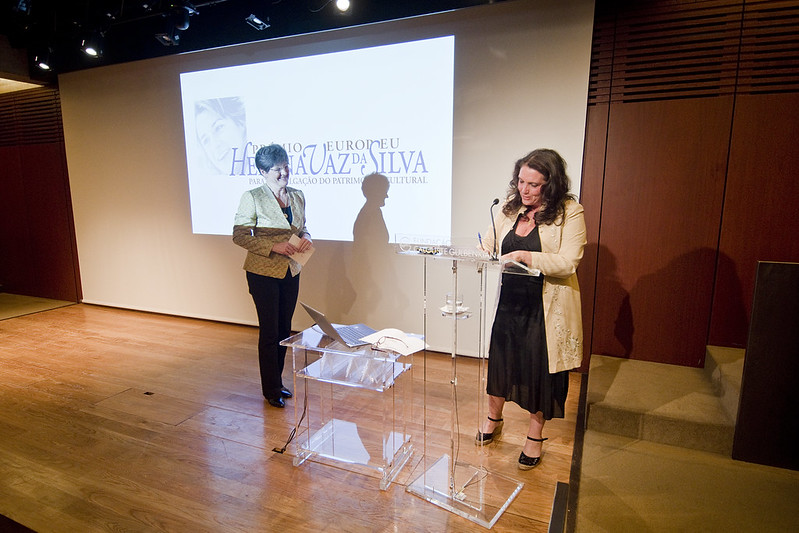 “I am deeply honoured to receive this Award that is named after the Portuguese cultural activist Helena Vaz da Silva and to receive it here in Lisbon, a city that is so important to me for historical, philosophical and personal reasons. I am particularly delighted to be the first woman to be presented with this Award,” stated Professor Bettany Hughes.

During the European Year of Cultural Heritage 2018, Bettany Hughes was unanimously selected by the Jury as this year’s winner of the Helena Vaz da Silva European Award. The British historian and broadcaster is recognised for her unique contribution to communicating Europe’s history and cultural heritage. Over the last 30 years, she has brought history to life and introduced a wider public to the many multidimensional stories of Europe’s heritage. Bettany Hughes has written and presented over 50 TV and radio documentaries – for the BBC, Channel 4 and Discovery, among others – which have been watched and listened to by over 250 million people worldwide. 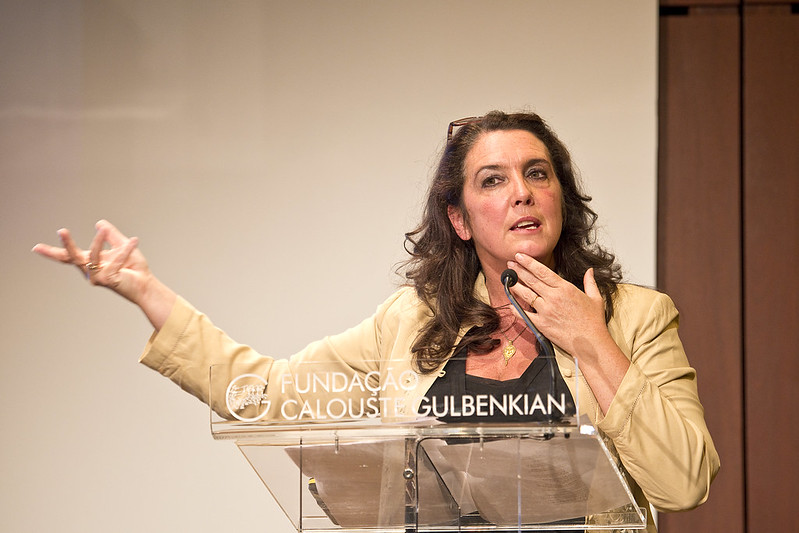 In her acceptance speech, Bettany Hughes recalled the beginning of her career. “In the early 1990s during my first meeting at the BBC, a producer said to me: ‘Nobody is interested in history anymore; nobody watches history TV programmes anymore; and, last but not least, nobody wants to be lectured by a woman. I think it is fair to say that this producer was proven wrong”.

The British historian, author and broadcaster also emphasised that “in the spirit of culture and heritage, we all need to fully embrace ‘ghosti’ – an ancient word that melts together ‘guest’ and ‘host’, an etiquette of welcome that supports our determination to tangle with one another in our lives – as Helena Vaz da Silva did both professionally and personally”.

Bettany Hughes received the Helena Vaz da Silva European Award 2018 from the Portuguese Minister of Culture Graça Fonseca. “This Award, which is named after an exceptional woman, is this year awarded to another exceptional woman. Bettany Hughes’ academic rigour and passionate enthusiasm are evident in all of her work and this has made her opus accessible to a wider audience,” noted the Minister.

The President of the Portuguese Republic Marcelo Rebelo de Sousa paid tribute to Bettany Hughes in a video message that was shown at the ceremony. “Bettany Hughes has played a decisive role in promoting Europe’s cultural heritage and ideals. She is an example for all of us. I have been a great supporter of the European Year of Cultural Heritage 2018. I am very pleased that in this special year the Helena Vaz da Silva European Award is given to Bettany Hughes”, stated the Portuguese President.

Guilherme d’Oliveira Martins, Member of Jury of the Helena Vaz da Silva European Award, who is also Administrator of the Gulbenkian Foundation, made a laudatory speech about the British historian and broadcaster. “Bettany Hughes has taught us to know, to defend and to love cultural heritage. Throughout her life and her work, Bettany Hughes has cultivated memory as a driver of knowledge, cultural diversity and mutual respect. Understanding the heterogeneity of our roots and cultures allows to better understand who we are, where we came from, and how we should relate to others”, he emphasised. 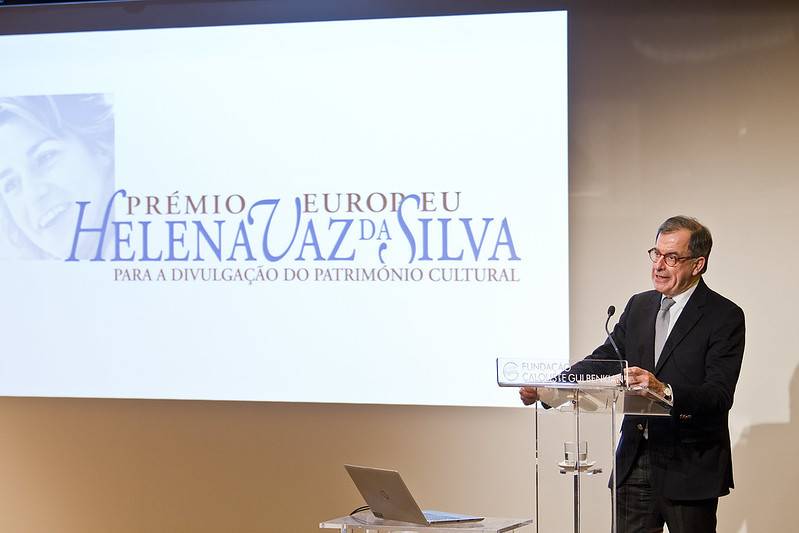 Europa Nostra’s Secretary General Sneška Quaedvlieg-Mihailović, who conducted the entire event, warmly congratulated Bettany Hughes on the highly deserved Award. “We wish you every inspiration and energy for the continuation of your important educational mission: bringing Europe’s history and cultural heritage closer to a very large public,” she said. The Secretary General also took the opportunity to invite all the participants to sign and disseminate the Berlin Call to Action: “Cultural Heritage for the Future of Europe”.

The European Award for Raising Public Awareness on Cultural Heritage honours Helena Vaz da Silva (1939-2002), Portuguese journalist, writer, cultural activist and politician. It was established in 2013 by the Centro Nacional de Cultura in cooperation with Europa Nostra and the Clube Português de Imprensa. It has the support of the Portuguese Secretariat of State for Culture, the Calouste Gulbenkian Foundation and Turismo de Portugal. 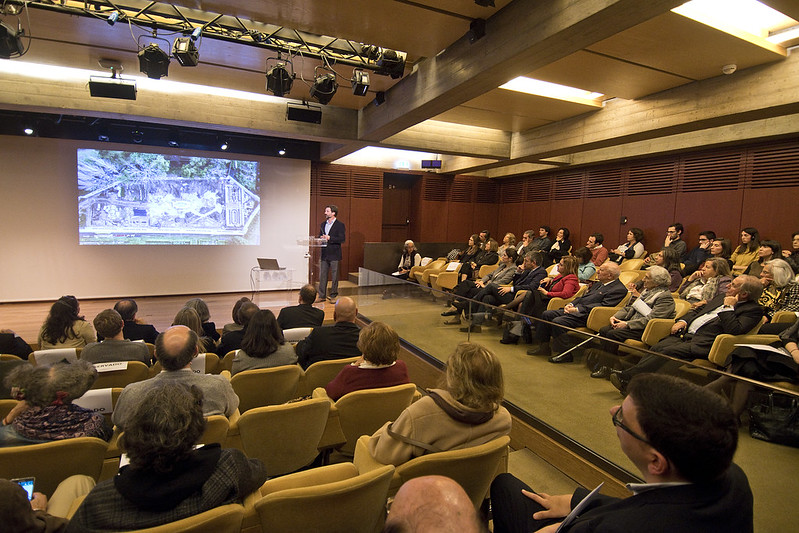 On the occasion of the Helena Vaz da Silva Award Ceremony, the Portuguese winner of the 2018 European Union Prize for Cultural Heritage / Europa Nostra Award was also celebrated. The Botanical Garden of the National Palace of Queluz got not only an Award in the category Conservation but it also won the prestigious Public Choice Award 2018. Nuno Oliveira, Project Leader, presented this outstanding rehabilitation project.

Watch full video of the ceremony (in Portuguese)