On the occasion of the European Day of Persons with Disabilities 2018, which was organised in Brussels on 3-4 December by the European Commission together with the European Disability Forum, accessibility of cultural heritage was high on the agenda. A panel discussion offered insights into how we can make heritage accessible to all, including persons with disabilities, and a special prize of the EU Access City Award 2019 was given to two European cities: Viborg in Denmark and Monteverde in Italy. 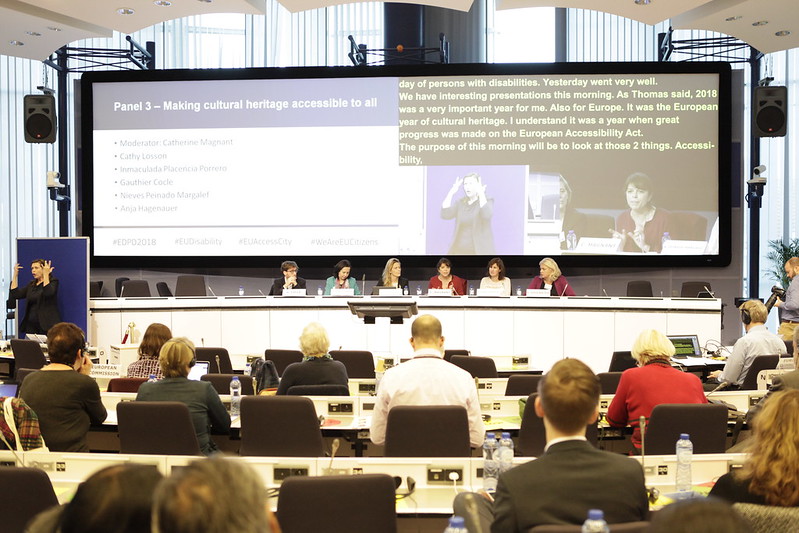 The dedicated panel “Making cultural heritage accessible to all” brought together several experts, namely Cathy Losson, Head of the cultural democratisation and local action service at the Louvre Museum in Paris, Inmaculada Placencia Porrero, Senior Expert at the Disability and Inclusion Unit at the European Commission, Gauthier Cocle, Policy Officer at the Belgian Ministry of Social Affairs, who works on the EU Disability Card project in Belgium, Nieves Peinado Margalef, Architect at CEAPAT – Immovable Cultural Heritage: General criteria and methodology, and Anja Hagenauer, Deputy Mayor of the City of Salzburg. The discussion was moderated by Catherine Magnant, Head of the task force for the European Year of Cultural Heritage 2018 at the European Commission.

How can we make our cultural heritage accessible to all? An important topic now discussed on European Day of Persons with Disabilities #EDPD2018 in Brussels. Because #SharingHeritage means #SharingValues!#EUDisability #WeAreEUCitizens @europe_creative #EuropeForCulture https://t.co/7lJWf4uWNI

As a tribute to the ongoing European Year of Cultural Heritage, the cities of Viborg in Denmark and Monteverde in Italy, were awarded with a special mention of the Access City Award 2019 in recognition of their outstanding efforts in improving access to cultural heritage.

A total of 15 cities had competed for this special prize. The EU Access City Award 2019 as such was given to Breda in the Netherlands.

With regard to the novelty of this special mention, Commissioner Navracsics highlighted, in his speech, that the European Year mobilised 19 different departments of the European Commission which have been working closely together to find and enhance synergies between different policy fields and cultural heritage. Moreover, he was proud to announce that this special prize for excellence in providing access to cultural heritage would continue to be awarded in the future, thereby ensuring the legacy of the European Year beyond 2018. Part of this legacy would also be the European Framework for Action on Cultural Heritage to be presented later the same week. Commissioner Navracsics concluded by stressing the role of cultural heritage for the future of Europe: “Culture and cultural heritage help us build cohesive societies and a better Europe for tomorrow.” 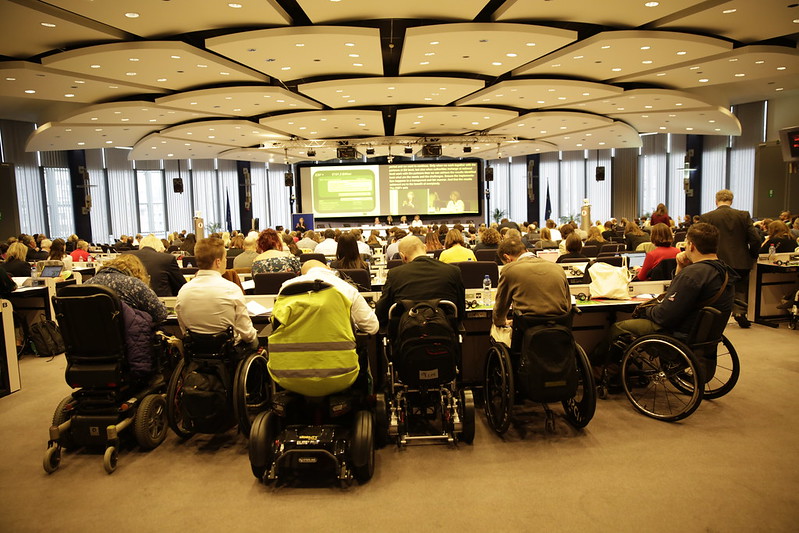