On 5 December, two days before the official launch of the European Year of Cultural Heritage (EYCH) 2018 at the European Culture Forum, members of the EYCH Stakeholders Committee came together in Milan for their third meeting of the year with the European Commission. The aim was to update stakeholders on the implementation of the Year and address the key challenges that had been identified by the members of the Committee prior to the meeting.

By way of opening the meeting, Michel Magnier, Director for Culture and Creativity at the European Commission, outlined the possibilities for the ideal legacy of the European Year: a substantial policy progress with concrete action, including an EU Action Plan for Cultural Heritage, together with a clear commitment of EU leaders to implement it.

Silvia Costa, Member of the European Parliament’s Culture Committee and its former Chair, stressed the need to continue working horizontally on cultural heritage at EU level beyond 2018. In particular, she expressed the hope of seeing culture mentioned among the key priorities of the next European Commission that would come to office in 2019. Policy challenges in the medium term were, however, the next multiannual financial framework to be presented by the European Commission in early 2018 and the next Work Plan for Culture covering 2019-2022.

After this policy outlook, the EYCH Stakeholders Committee were given an update on the state of play of the implementation of the Year at EU level, including the 10 European initiatives, and could get a sneak preview of the special Eurobarometer survey on cultural heritage which provides crucial evidence for policy-makers and encouraging data for cultural heritage civil society organisations. The stakeholders also used the opportunity to ask practical questions about how to award the official label to events and initiatives.

A lively discussion among stakeholders followed. Europa Nostra was represented by Secretary General Sneška Quaedvlieg-Mihailović, who congratulated the European Commission’s EYCH 2018 team for providing, through the 10 European initiatives, an excellent basis for the future EU Agenda & Action Plan for Cultural Heritage (see below) to be adopted as outcome of the European Year, and also for the European Commission’s input to the EU leaders’ lunch at the Gothenburg Social Summit. With regard to implementing the EYCH, she enquired how much funding is already available in total for cultural heritage – across all EU programmes – and suggested to include the 10 initiatives actively in the official communication campaign, for instance, by using specific hashtags per initiative. Europa Nostra will be involved in several initiatives as a key partner.

Ahead of the meeting, stakeholders had agreed on a set of key challenges for successfully implementing the European Year which should be discussed together, namely how to engage with non-cultural sectors, non-professionals and volunteers, and how to ensure a European/transborder dimension in case of national initiatives.

Upon suggestion from Europa Nostra, stakeholders also discussed how to lobby for an ambitious EU Agenda and Action Plan for Cultural Heritage. This discussion was moderated by Europa Nostra Vice-President Piet Jaspaert who attended the meeting as an observer for the European Heritage Alliance 3.3 . He reported about the outcomes of the discussion to national coordinators at their joint meeting with the stakeholders the following day. Several stakeholders agreed on the need to lobby their national ministries, the permanent representations of EU Member States in Brussels and work closely with the presidencies of the Council of the EU, which will be held by Bulgaria and Austria in the first and second semester of 2018 respectively. Above all, a structured approach to joint lobbying was urgently needed, especially with regard to the upcoming European Parliament elections in 2019. Europa Nostra encouraged participants to use the European Cultural Heritage Summit 2018 in Berlin as a platform to voice joint lobbying efforts. 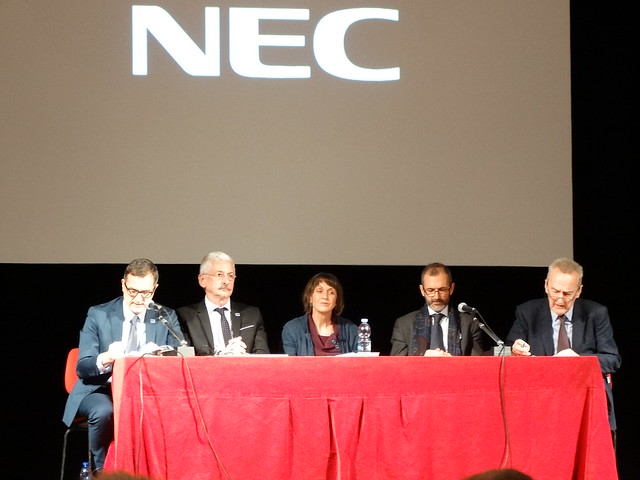 On the morning of 6 December, members of the European Heritage Alliance 3.3 – 18 of which are also members of the Stakeholders Committee – came together for their final meeting of the year. All meetings were held in Milan as to allow the maximum number of participants to attend the official launch of the European Year during the European Culture Forum on 7-8 December.