On the occasion of the Social Summit in Gothenburg, Sweden, on 17 November, EU leaders met for a leaders’ working lunch on education and culture. Europa Nostra applauded this initiative in a statement issued on the eve of the meeting. Ahead of the Summit, the European Commission had set out its position for a stronger focus on culture and published its contribution to the leaders’ meeting in a series of documents on 14 November. The core element of this contribution is a communication on ‘Strengthening European Identity through Education and Culture’ and key policy suggestions to EU leaders which are outlined in a series of factsheets, most of which focus on education. 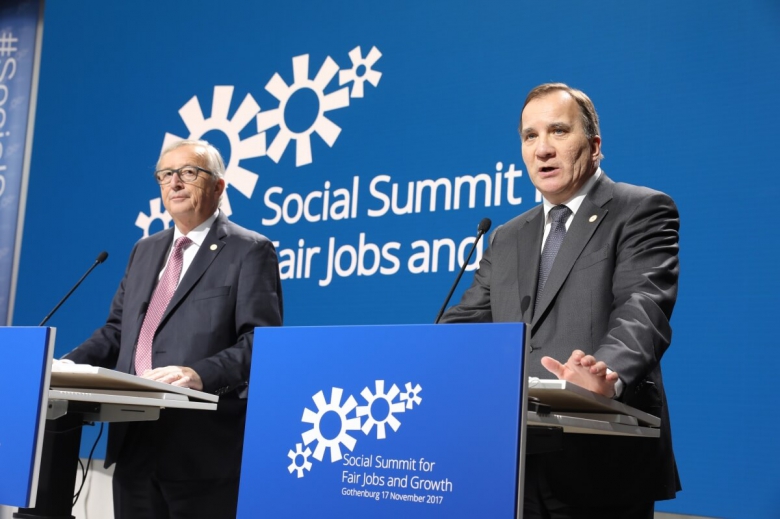 One of these factsheets entitled ‘Culture as a driver for EU unity’ is of particular interest to cultural (heritage) stakeholders: it outlines the existing policy framework, key achievements and, most importantly, possible actions for the short, and medium,term. Suggested short-term actions include the European Year of Cultural Heritage 2018 and organising “with the Member States of the ‘Assises du Patrimoine’ as a flagship event of the European Year”. It was French President Emmanuel Macron who had called for organising such a European Heritage Summit in his recent speech in Athens on which Europa Nostra’s President Maestro Plácido Domingo congratulated him in a letter. This is perfectly in line with the ambition shared by Europa Nostra and its German partners DNK and SPK to turn the European Cultural Heritage Summit 2018 into a true political highlight of the entire European Year of Cultural Heritage 2018. The aim of this Summit is to mobilise a stronger commitment of all stakeholders, including European leaders and governments, to cultural heritage as a positive and cohesive force for Europe and its citizens.

While the European leaders’ lunch at the Social Summit in Gothenburg did not foresee the adoption of written conclusions, the EU heads of state or government are expected to adopt conclusions on education and culture at the upcoming European Council meeting on 14-15 December. EU Culture Ministers were also briefed on the discussions of the Gothenburg Social Summit during their meeting on 20-21 November and discussed the role of culture in building cohesive societies in Europe. European Commissioner for Culture, Tibor Navracsics, announced a high-level follow up to the Social Summit on the occasion of the first European Education Summit in Brussels on 25 January 2018. On the eve of the EYCH 2018, these developments indicate an unprecedented momentum and recognition of the importance of education and culture, including cultural heritage for the future of the European project.

The Social Summit for Fair Jobs and Growth was co-hosted by European Commission President Jean-Claude Juncker and Swedish Prime Minister Stefan Löfven and was attended by 25 out of 28 EU leaders. The last Social summit took place 20 years ago, in 1997 in Luxembourg.