The International Heritage Fair, celebrating this year its 25th anniversary under the theme “Our Legacy to the Future”, opened at the Carrousel du Louvre in Paris on 24 October. Europa Nostra’s Secretary General Sneska Quaedvlieg-Mihailovic attended the opening in the presence of Mrs Brigitte Macron, the Minister of Culture Franck Riester, Stéphane Bern and the President of the Centre des Monuments Nationaux Philippe Bélaval.

While the European Cultural Heritage Summit started on 27 October and in order to bridge these two major events in the heritage sector, Europa Nostra has organised at the Fair a conference dedicated to the impact and follow-up of the European Year of Cultural Heritage (EYCH) attended by around 100 people. Taking place on 26 Octobre as a prelude to the Paris Summit, the interventions by Catherine Magnant, Bruno Favel, Philippe Toussaint, and Elena Alliaudi, moderated by Sneska Quaedvlieg-Mihailovic, were a perfect introduction to the fruitful discussions of the following days.

The moderator presented the theme of the conference as well as the speakers who have all worked together, whether at European or national, institutional or civil society level to make to EYCH a success. While looking at the future, they recalled that all heritage actors have a key role to play in sustaining the legacy of the Year to demonstrate, even more effectively, that our cultural heritage reflects the soul and spirit, as well as the shared identity and memory of Our Europe. 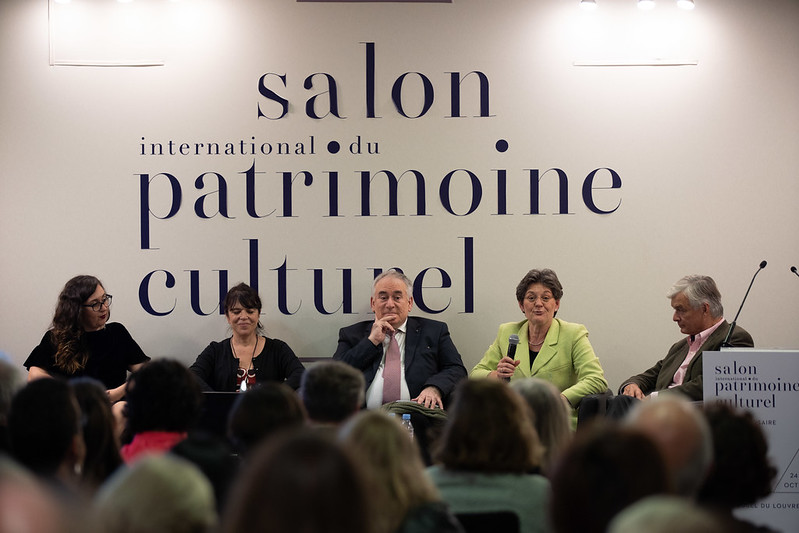 Catherine Magnant, Advisor, Head of the Task European Year for Culture Heritage at the European Commission, gave insights into the implementation and coordination of the EYCH by her small and dedicated team. Although with a minimum budget of 8 million euros for activities across Europe, the EYCH was an undeniable success and a unique opportunity to mobilise actors, professionals, decision-makers, civil society and all citizens to celebrate our heritage. According to official figures published at the end of 2018, it engaged more than 10 million citizens through more than 13,500 labelled events in 37 European countries. 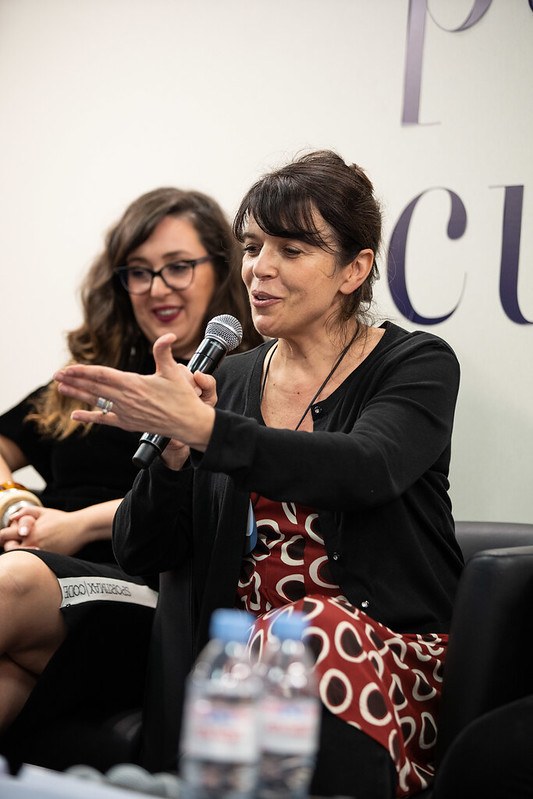 This large number of initiatives and activities, as well as this considerable extent of commitment and enthusiasm throughout Europe, have led to a political breakthrough and a significant awareness at European level that cultural heritage is a tremendous asset for Europe and its citizens. In order to ensure that the effects of the Year continue beyond 2018, the European Commission issued the “European Framework for Action on Cultural Heritage” featuring 60 actions to ensure that cultural heritage remains at the heart of political priorities.

Bruno Favel, Head of Department for European and International Affairs, General Direction for Heritage, Ministry of Culture, who was also the EYCH coordinator in France, reminded that France supported this idea from the very beginning, as such a participative, inclusive and federative initiative contributes to the revival of Europe. No less than 1,500 events took place in France that Year reaching 2 million participants, including the “Journées européennes des métiers d’art”, “Nuit européenne des musées”, European Heritage Days, and the “Rendez-vous aux Jardins”, which was extended to 16 European countries in 2018. They all highlighted the richness, vitality and diversity our heritage, and valorised innovative initiatives often developed by young professionals. 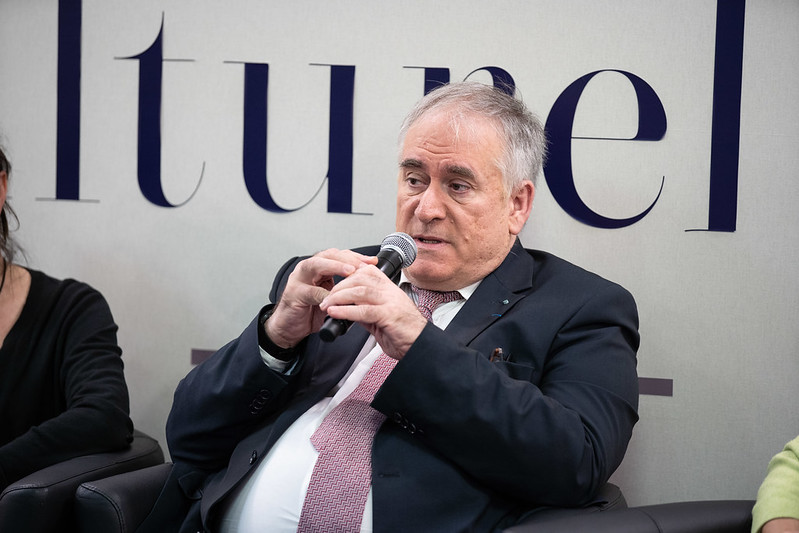 This dynamic at all levels and by all actors in favour of heritage shall continue beyond the Year. In the frame of the French presidency of the Committee of Ministers of the Council of Europe (May to November 2019), the aim is now to analyse and exchange examples of good practice in the light of the Recommendation on a “European Heritage Strategy for the 21st Century” adopted by the 47 Member States of the Council of Europe, divided into three components: social, territorial and economic development, knowledge and education.

Philippe Toussaint, President of Vieilles Maisons Françaises (a founding member of Europa Nostra), and Europa Nostra’s Council member, presented the educational programme “Le patrimoine, toute une histoire !” which received the EYCH label and the first Prize of the Stéphane Bern Foundation for Heritage. Initiated in 2016 for a period of three years, and consisting of an educational kit and competitions (drawing, photo, video), it promotes collective identity and belonging, aiming to facilitate access to culture and knowledge to all and from an early age. Since then, the programme involved 500 school classes reaching 80 000 children. 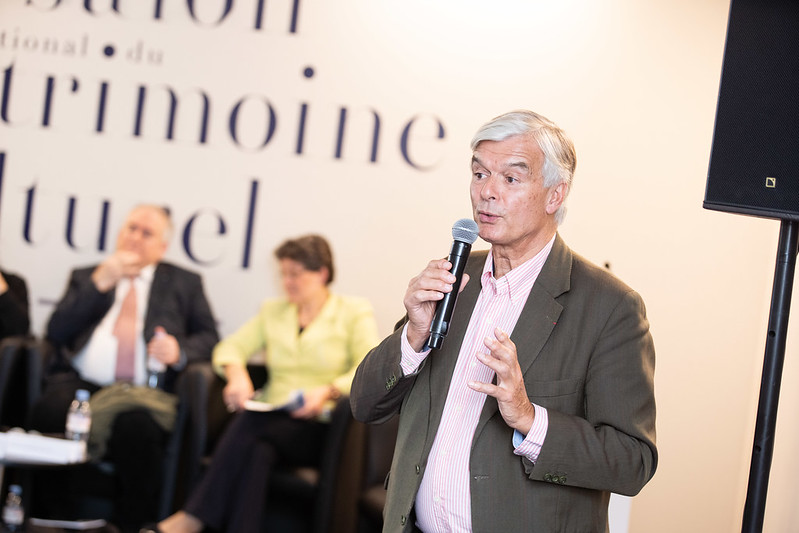 In 2018, this educational programme was extended to include monuments that are emblematic of European heritage. For each of the French heritage themes developed in the kit, a European site or monument has been referenced. For example, the Palace of Versailles and its Gardens (France) are studied in parallel to the Schönbrunn Palace (Austria). It offers teachers new and free educational tools to enable children to study French heritage, by linking it to History and History of the Arts, as part of the school curriculum.

Finally, Elena Alliaudi, Coordinator of the European Royal Residences Association (a member organisation of Europa Nostra), presented “A Place at the Royal Table”, a European cooperation project co-funded by the EU Creative Europe programme in the frame of the EYCH. Since 2018, the most prestigious Royal Palaces Museums in Europe have worked together in order to raise awareness of European heritage, its values and its protection, for future generations. It resulted in the involvement of 21 Institutions, offering a large variety of participatory activities focusing on food culture and culinary traditions in European Courts, addressed to millions of visitors across 12 European countries. 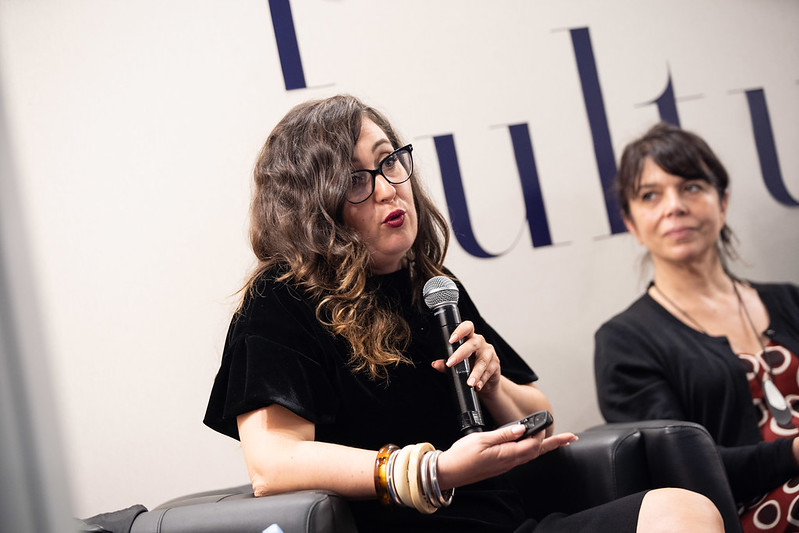 As the project particularly targets the younger generations, a strong emphasis was put on storytelling and new technologies, using a playful yet awareness-raising approach, especially via social media and a virtual exhibition hosted on the Google Arts & Culture platform.
Food brings people together, and participants of the European Cultural Heritage Summit 2018 in Berlin could experience a European Picnic “A Place at the Royal Table” in the stunning setting of the Sanssouci gardens in Potsdam.

The conference was followed by a short cocktail, during which participants could further network and exchange together and with the speakers.

You can listen to the full-conference podcast here (only in French).