On 23 June, a delegation of approximately 150 members of Europa Nostra set out to explore the UNESCO World Heritage Site of the Palaces and Parks of Potsdam. Sanssouci is a unique ensemble of architecture and landscape gardening from the 18th-19th centuries, frequently referred to as the “Prussian Versailles”. As the summer residence of King Frederick the Great, the Palace became his favourite place and sanctuary in difficult times. The event was organised by the Prussian Palaces and Gardens Foundation Berlin-Brandenburg (SPSG) in cooperation with the Musikfestspiele Potsdam Sanssouci.

Following a short journey from Berlin city centre, the members took part in one of three fascinating tours of the Sanssouci Palace, its adjoining picture gallery and the nearby Cecilienhof Palace.

The Picture Gallery, a structure built specifically to house King Frederick the Great’s art collection, is one of the most majestic 18th-century buildings in Europe while the Cecilienhof Palace was built between 1913-1917, according to plans by Paul Schultze, in the style of a country manor and was the last palace erected by the Hohenzollerns. The expert guides gave fresh insight into these historic buildings and the many landmark moments that came to pass within their walls.

At the conclusion of the tours at Sanssouci, one delegation then went on to discover the nearby Cecilienhof Palace while the larger group continued to enjoy the stunning setting of the Sanssouci gardens, where at the foot of the Orangery Palace, white cloth covered tables and generously packed picnic baskets greeted guests at a “European Picnic”. 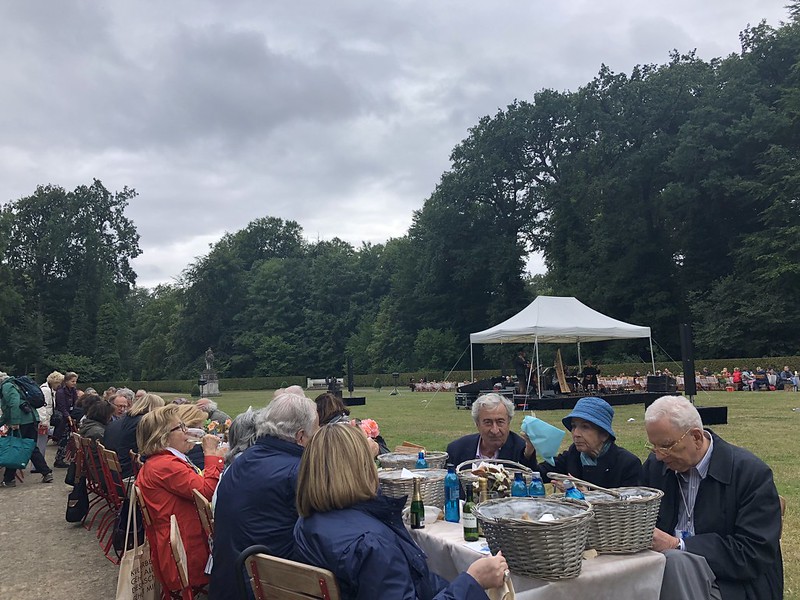 Although the rain fell for a short time, spirits were not too dampened thanks to the determined and energetic musicians who played music which spanned numerous regional traditions, genres and eras; from Baroque and contemporary to Irish and South-Eastern European folk.

A small delegation from Europa Nostra also made a timely visit to the Winzerberg: the conservation of which received an EU Prize for Cultural Heritage / Europa Nostra Award 2018 the night before during the European Heritage Awards Ceremony at the Berlin Congress Centre.

The lead conservator of the project to recover the Winzerberg, Tom Zimmermann, greeted the delegation which included Vice-President Alexander Fürst zu Sayn-Wittgenstein-Sayn, Secretary-General Sneška Quaedvlieg-Mihailović and Board Member Tapani Mustonen. The fascinating history, complexity of the conservation and the hard work and dedication was all the more evident thanks to Mr. Zimmermann’s enlightening commentary. 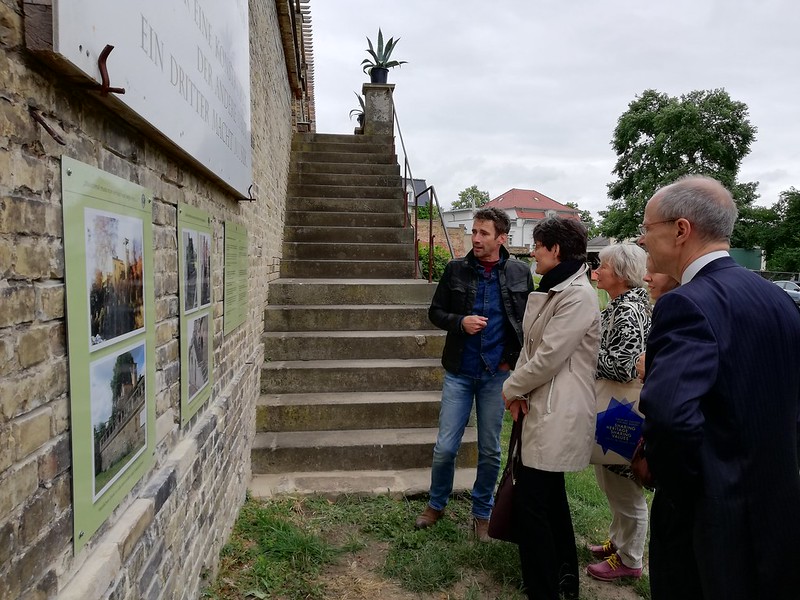 Europa Nostra’s Vice-President made a toast to the Winzerberg team, stating that “the project was a wonderful example of citizens’ involvement in a public site that probably would not have been saved otherwise”. He saw the reason for this extraordinary devotion in the combination of “hard physical work with plenty of after hours fun and enjoyment offered by the volunteers”.

The visit was concluded with a glass of the Winzerberg’s delicious homemade wine as well as an impromptu contribution to the #Ode2Joy Challenge led by Ms. Quaedvlieg-Mihailović. 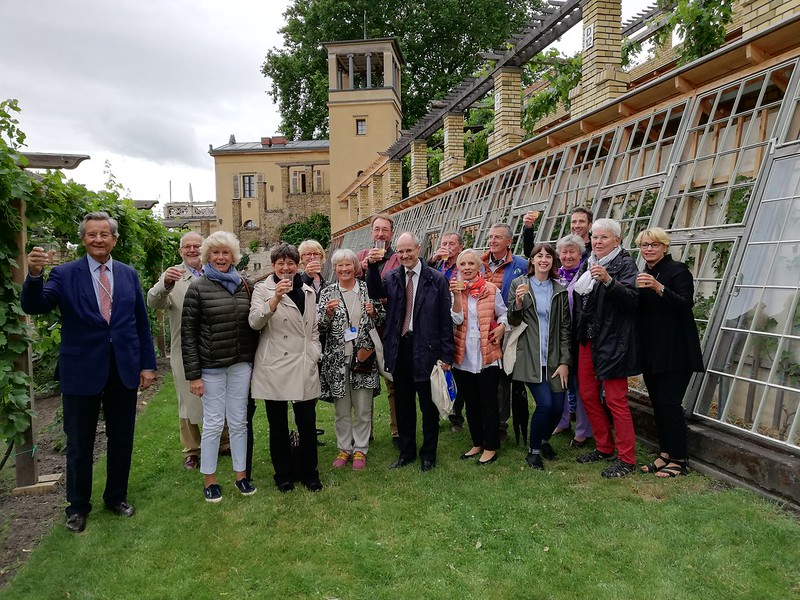