EUROPA NOSTRA, the European Voice of civil society committed to Cultural Heritage, welcomes the initiative announced by the European Commission President, Ursula von der Leyen, during her State of the European Union speech on 16 September 2020 concerning the launch of a “New European Bauhaus”, seen “as a necessary bridge between the world of science and technology, on the one hand, and the world of art and culture, on the other”. This represents a unique opportunity to reconcile people with their living environment, their local communities and their cultural heritage. 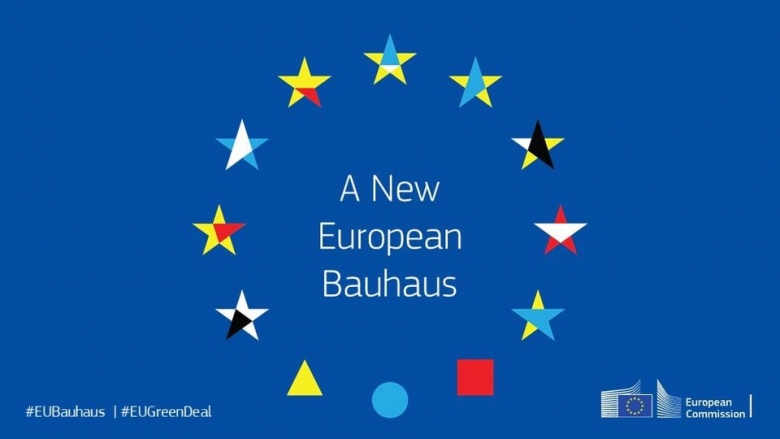 Europa Nostra, with its large network of 350 member and associate organisations, endorses the vital link between the New European Bauhaus project and the EU ambitious objectives on climate action as reflected in the European Green Deal, as well as the Commission’s intention to consider the project as a collaborative creation space between various disciplines and stakeholders. Fighting climate change through an innovative and creative exchange between many disciplines, including culture, must indeed become an overarching priority for the designing of Europe’s sustainable future.

More particularly, Europa Nostra would like to seize this occasion to stress the relevance of Cultural Heritage for the success of the “New European Bauhaus” movement. We therefore wish to convey to the President of the European Commission and her team a number of initial considerations which, we believe, will help shape the overall conceptual and operational framework of the project :

1. Since the idea of a “New European Bauhaus” (NEB) is focused on the design and the aesthetics of Europe’s future living environment, it must duly take into consideration the current shape and historic character of our cities, villages and rural areas, where the future NEB projects will be implemented. Europe’s cultural heritage offers an inspiring framework for social cohesion which contributes to the wellbeing of citizens and their communities. Historic buildings and their surrounding landscape shape and nurture our feeling of “home”. It provides a vital bridge between our sense of belonging and the need to embrace new ways of life. Such an approach ought to be at the heart of the ambitious Renovation Wave, one of the pillars of the European Green Deal, which provides, in the next 10 years, for a major renovation of 35 million buildings to meet EU’s carbon reduction targets. In this respect, it is important to keep in mind that an estimated 35% of buildings in the EU are over 50 years old, many of them being protected as historic buildings. For all these reasons, Heritage, both cultural and natural, must be recognized as an asset and integral component of the “New European Bauhaus” initiative.

2. Cultural Heritage is a dynamic concept which defines to a large extent the future of our living, cultural, social and economic environments. In this respect, as was expressed in the Manifesto “Cultural Heritage : a powerful catalyst for the Future of Europe” published on 9 May 2020 by the European Heritage Alliance, Cultural Heritage is very much at the heart of all EU policy priorities, from climate action with the European Green Deal to digital transformation, the fight against inequalities or the need to define more sustainable policies for Europe’s cohesion, among others in the field of tourism.

3. It is worth recalling that, in the context of the 2018 European Year of Cultural Heritage, an important Declaration was signed in Davos, on the eve of the 2018 World Economic Forum, by European Ministers of Culture, for the promotion of a ”high quality Baukultur for Europe” (Davos Declaration 2018). This Declaration emphasizes the outstanding importance of the quality of our built environment for shaping a greener and more sustainable common future. Cultural Heritage, in this respect, offers models and practices that are sustainable and resilient by nature. We firmly believe, therefore, that, considering the current challenges, in particular climate change, the vital requirements for improving the quality of new buildings and for nurturing our historic buildings and sites must have convergent goals and principles. Only together, they can contribute to achieving higher quality standards in terms of environment protection, innovation, quality of life while reinforcing the sense of local identity. It is worth mentioning that a similar dialogue between economic and cultural interests and concerns will occur in 2021, with a dedicated meeting of Ministers in charge of Culture and Cultural Heritage planned under the Italian Presidency of the G20.

4. Lastly, it should be mentioned that, regarding the collaborative aspect of the future projects to be launched under the “New European Bauhaus” initiative, both during its designing and implementation phases, the Heritage world has a huge amount of experience to offer, as each Cultural Heritage project entails, by definition, a strong partnership between a wide range of actors and disciplines, from designers, architects, engineers, urban planners and historians, to local and regional authorities, grassroot organisations, as well as highly qualified workers and craftsmen. Needless to say, Europa Nostra would be eager to share this valuable expertise with the teams that will work on shaping and implementing the “New European Bauhaus” initiative.

Europe is facing today a number of unprecedented challenges, covering a wide spectrum of areas. All of them converge in the resolve of designing a better future for our citizens and their local communities. Considering the holistic dimension of our key policy priorities, we strongly believe that the shaping of our future living and working environments should duly involve all relevant actors including, especially as regards the designing of a New European Bauhaus initiative, representatives of the Culture, Creative AND Heritage worlds.