United Nations Secretary-General Ban Ki-moon, UNESCO Director-General Irina Bokova and government ministers from around the world have appealed for culture to become a top priority in the post-2015 global development agenda during the General Assembly thematic debate at UN headquarters in New York, on 12 June. The President of Europa Nostra, Plácido Domingo, publicly endorsed this call for culture to be a central pillar of sustainable development at the press conference held in Athens, on 16 June, together with Androulla Vassiliou, European Commissioner for Education, Culture, Multilingualism and Youth. 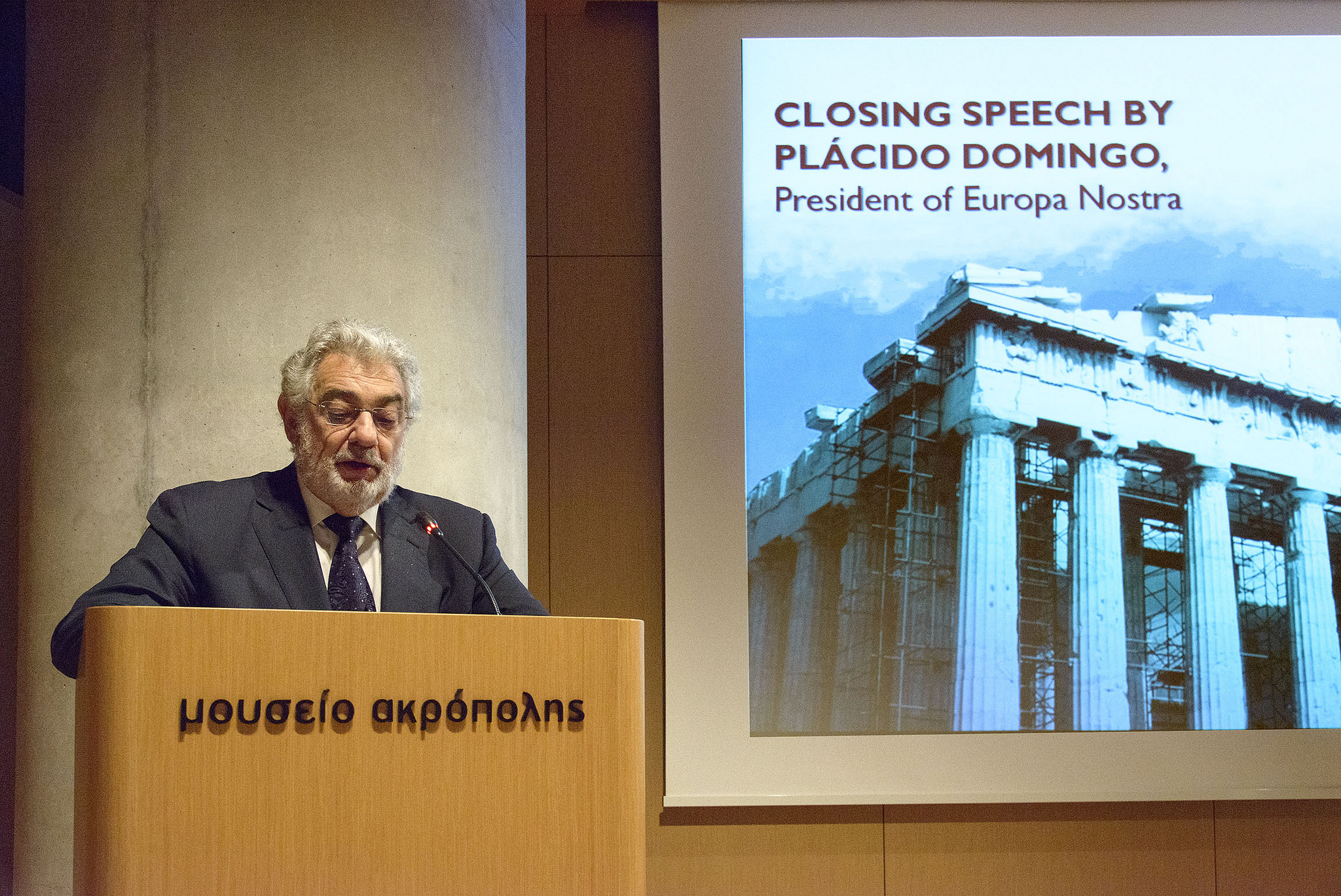 “The fundamental role of culture was not fully acknowledged within the Millennium Development Goals (MDGs): as a goal, an overarching principle, or as an enabler. But in the past decade, the power of culture has been increasingly recognized by Member States. In 2006, culture was mentioned in less than 30 per cent of UN Development Assistance Frameworks. This has risen to more than 70 per cent”, stated United Nations Secretary-General.

In his address, Ban Ki-moon referred to the International Congress on ‘Culture: a Key to Sustainable Development’ held in Hangzhou, China, on 15-17 May, which assembled some 500 participants from 82 countries. “They had a clear message. They want to see culture integrated into the post-2015 development agenda through clear goals, targets and indicators”, he stressed.

“Culture is at the top of this agenda. Full ownership of development strategies demands the full integration of culture. We must also work harder to ensure that culture, heritage and religion are no longer used to divide, sow conflict or perpetuate injustice. In this globalized world let us defend with the same intensity the diversity that enriches us, and the universal human rights that bind us”, concluded UN Secretary-General.

Several speakers provided evidence from their own countries which demonstrate that culture is an engine for economic growth, social inclusion and sustainable development. They also stressed the need to collect statistics on a regular and standardized basis to inform global policy about the impact of culture on society and the economy.

Plácido Domingo publicly backed the plea for culture as a driver for international development and went further. “As President of Europa Nostra and UNESCO Goodwill Ambassador, I strongly feel, and I hope Commissioner Vassiliou agrees with me, that Europe should and will lead this process!”, he affirmed at the joint press conference in the Greek capital.