The Minister of Culture of the Czech Republic Martin Baxa met the Secretary General of Europa Nostra Sneška Quaedvlieg-Mihailović at the Chamber of Deputies of the Czech Parliament in Prague on Thursday 2 June 2022. The friendly meeting was an opportunity for both parties to get to know each other, discuss the possibilities of deepening cooperation in the field of cultural heritage as well as the European Cultural Heritage Summit 2022 that will be held in Prague on 25-27 September. 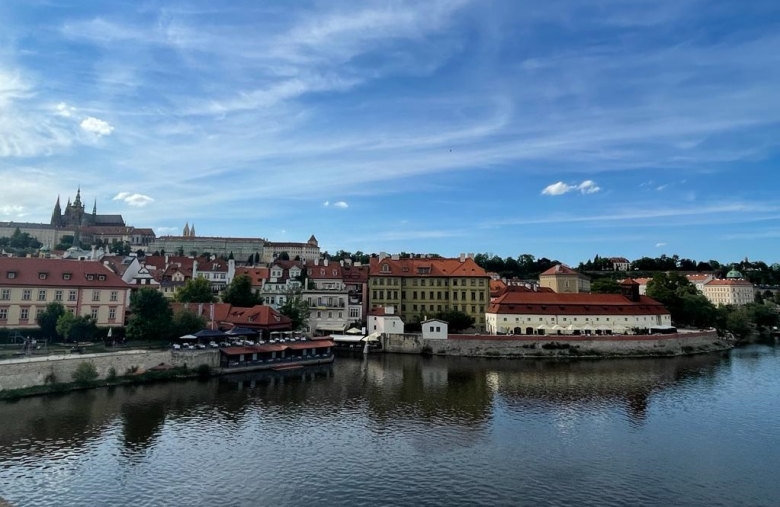 The European Cultural Heritage Summit is organised by Europa Nostra – a non-governmental non-profit organisation based in The Hague and Brussels – with the support of European Parliament and European Commission. The Summit, which has been included in the programme of the Czech Presidency of the Council of European Union, marks the 30th anniversary of the entry of the Historic Centre of Prague in the UNESCO World Heritage List. The Summit programme will feature a high-level European Heritage Policy Debate and the presentation ceremony of the European Heritage Awards / Europa Nostra Awards 2022. The programme will also include training for cultural heritage professionals as well as cultural excursions and networking events in Prague. 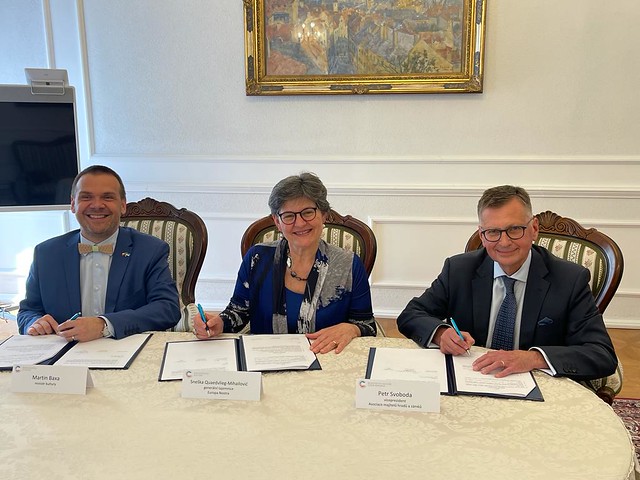 “A well functioning cooperation between state and non-governmental organisations is absolutely crucial for the safeguarding of cultural heritage in a democratic society. Europa Nostra is an umbrella non-governmental organisation at the European level, cooperating intensively with the European Union institutions. Such international coordination helps significantly to address pressing issues such as the impact of climate change on monuments, the use of monuments in today’s society and so on. In the Czech Republic, Europa Nostra is represented by The Association of Castle and Manor Houses Owners. For the Ministry of Culture, the association has been a proven partner since its inception. I believe that the Europa Nostra Summit in Prague is a great chance to make the quality of monumental care in our country visible,” said Minister of Culture Martin Baxa.

At yesterday’s meeting between the Minister of Culture and the Secretary General of Europa Nostra, a memorandum of understanding amongst the Ministry of Culture of the Czech Republic, Europa Nostra and The Czech Association of Castle and Manor Houses Owners was signed. The memorandum aims at mutual cooperation on the European Heritage Awards Ceremony, holding in high regard exemplary care for cultural heritage, and accompanying programme of the European Cultural Heritage Summit.

Based on the concluded memorandum, the Ministry of Culture of the Czech Republic will contribute to the Europa Nostra Summit by providing representative premises of the State Opera and the Czech Museum of Music. Europa Nostra will ensure the implementation of the European Heritage Awards Ceremony 2022 and the accompanying programme.

“Today, more than ever, we need our shared culture and cultural heritage to inspire and strengthen our sense of pride and belonging to a wider European family. We are therefore grateful to the Czech Presidency of the EU for including our European Cultural Heritage Summit in the official programme of the Presidency. Special thanks to the Czech Minister of Culture for the vital support provided by his Ministry to this Summit. We could not have imagined a more prestigious heritage location than the recently restored State Opera for our European Heritage Awards Ceremony, our annual night of “European Oscars for excellence in cultural heritage” in the presence of European Commissioner Mariya Gabriel. Our laureates will also present their exemplary achievements at the Czech Museum of Music. Both venues have been kindly put at our disposal by the Czech Ministry of Culture. We are confident that this partnership with the Czech Ministry of Culture, and other key players, such as the City of Prague and the District Prague 1, will be mutually beneficial. We shall join our voices and forces to put cultural heritage where it belongs: at the heart of the European project,” stated the Secretary General of Europa Nostra, Sneška Quaedvlieg-Mihailović. 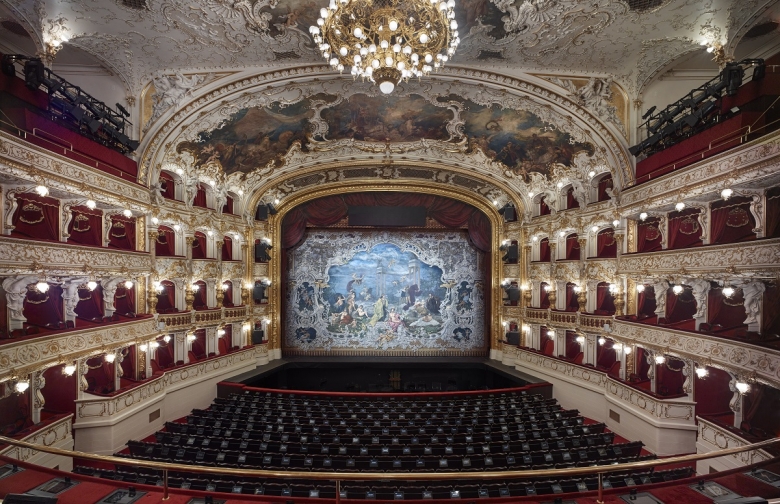 The European Cultural Heritage Summit is the annual highlight of Europa Nostra‘s activities. Another flagship initiative is the 7 Most Endangered Programme, run in partnership with the European Investment Bank Institute, which identifies every year the 7 most endangered heritage sites in Europe. The programme brings public attention to the selected endangered monuments and sites, as well as specialised counseling needed for their restoration and revitalisation. An action plan is developed for the selected monuments and sites, with participation of specialists across disciplines. The Castle Jezeří in Horní Jiřetín was included in the 2020 list, being the first Czech monument listed the 7 most endangered monuments in Europe since the launch of the programme in 2013. The purpose of this Europe-wide visibility is to help allocate the resources needed to save these valuable monuments.

During the European Cultutural Heritage Summit in Prague, the best achievements in the field of cultural heritage will be awarded the European Heritage Awards / Europa Nostra Awards 2022. The awards will be given in 5 categories: Conservation & Adaptive Reuse; Research; Education, Training & Skills; Citizens Engagement & Awareness-raising; and Heritage Champions. Europe’s most prestigious awards scheme in the heritage field is run by Europa Nostra with the support of the Creative Europe programme of the European Union. Established in 2002, the Awards have contributed to raising awareness of cultural heritage as a strategic resource for Europe’s economy and society. The Czech awarded projects include, amongst others, the Cross-border Collaboration for European Classical Music project (CESNET & HAMU) in 2020, and the rehabilitation of the Baroque Complex and Gardens in Kuks and the Educational Programme for Czech Heritage, both awarded in 2017.