Europa Nostra’s Industrial and Engineering Heritage Committee (IEHC) held its 22nd meeting in Wroclaw, Poland on 3-5 October 2019. The meeting was combined with a special seminar, which provided a follow up of the working visits in March 2019, focused on the UNESCO World Heritage Nomination of the Gdansk Shipyards, on invitation by the Ministry of Culture. The gatherings in Wroclaw were hosted by Prof. Dr. Jerzy Jasienko and IEHC Member Dr. Ir. Piotr Gerber, on behalf of the Wroclaw University of Science and Technology. 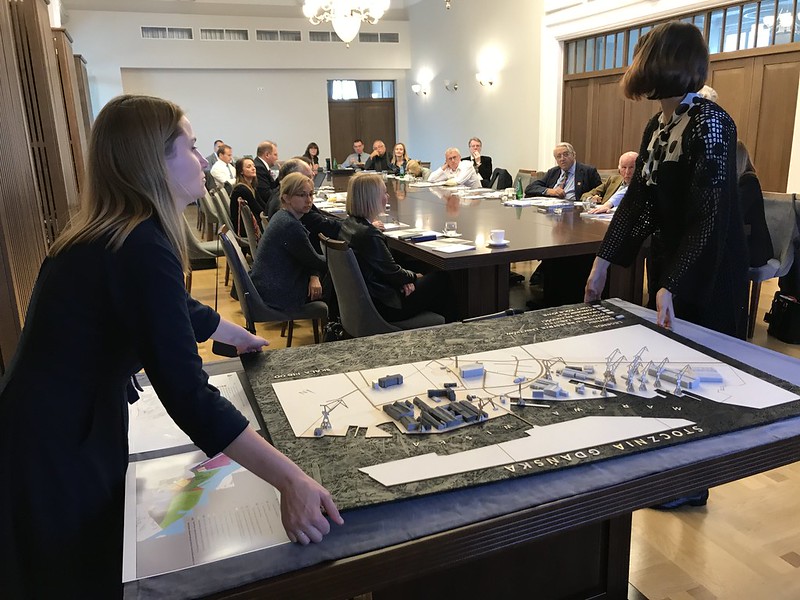 During the seminar, the World Heritage Nomination of the shipyard in Gdansk was placed in the context of European historical, industrial shipyards (Venezia, Bristol and Amsterdam). World Heritage application experiences from the industrial and transport sector were also shared (Forth Bridge, Scotland). The state of affairs in Gdansk was then analysed and discussed.

Miles Oglethorpe (Historic Environment Scotland and TICCIH President) commented on the nomination file for the Forth Bridge, emphasizing that the World Heritage Committee appreciates compact and accessible files. The wise lesson suppressed the tendency to produce unnecessary kilos of content. Applicants should realise that the acquisition of world heritage status is not the result of the efforts, but the start of a fascinating process of management and public labour.

Timothy Bryan (Director Brunel Institute based at the SS Great Britain Trust) aptly outlined the redevelopment of the Bristol Docks “Floating Harbour” as home to the world’s first ocean liner SS Great Britain which is now preserved in the shipyard where it was originally built. Today, the Floating Harbour docks provide an example of a successful combination of preserving the heritage with reasonably sensitive high-quality urban developments.

Shipbuilding in Venice has an age-old tradition, whereby the ‘Arsenale’ can be regarded as a medieval example of serial shipbuilding, according to Francesco Calzolaio (President of the Venti di Cultura association). The Arsenale forms a spatial combination with the docks for contemporary ship repair activities. Consolidation and re-use of the Arsenale is a careful and lengthy process.

Serial shipbuilding also developed in Amsterdam from the end of the 16th century. Only after the opening of the North Sea Canal in 1876 did large-scale industrial shipbuilding develop on the north banks of the river Het IJ. Partly still in use as such. Partly redeveloped and now supplemented with intensive metropolitan new construction for living, working and recreation. Hildebrand de Boer (Managing Director of the Dutch Foundation for Industrial Heritage) outlined the new urban quality as value for the city. World Heritage Site status ambitions would not stand a chance here.

The latter of course does not apply to the Gdansk Shipyards, which means a quantitative and qualitative search will be needed for new urbanity. Bartosz Skaldawski and Tomasz Blyskosz briefly state that the National Heritage Board is actively responding to this in connection with the Management Plan for the World Heritage Nomination, to be realized on the basis of a consensus between local and national government, and relevant market parties.

During the extensive and lively plenary exchange of views, seminar participants debated which additional notions could be expressed in the Management Plan. A consensus between government and market sector parties is not in itself sufficient: a qualitative consensus must be reached in order to convince the World Heritage Committee of the sustainability of the UNESCO World Heritage Nomination.

Prof. Dr. Jerzy Jasienko (Vice-Rector of Wroclaw University of Science and Technology) finally thanked the participants for their inspiration and openness, which completed a fascinating seminar. 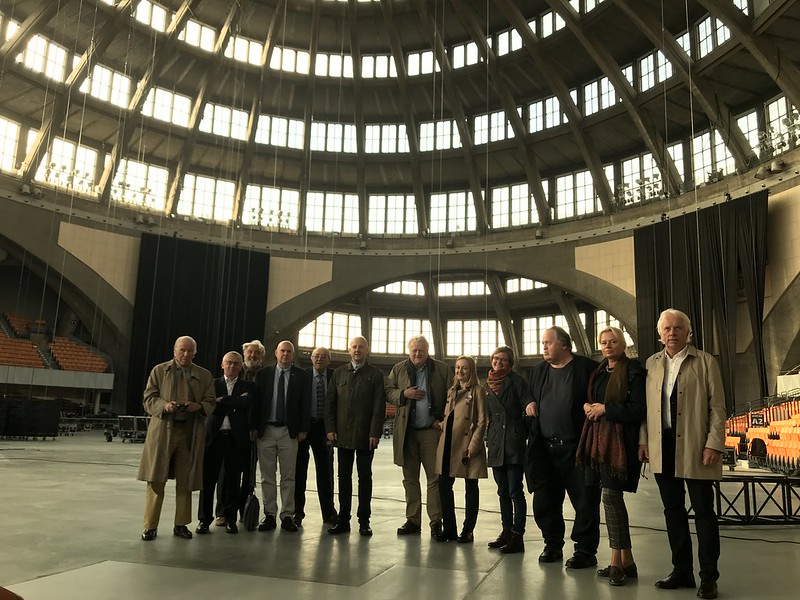 In addition to the formal meeting, members of the Europa Nostra Industrial & Engineering Heritage Committee visited the World Heritage Site Centennial Hall from 1913 (architect Max Berg [1870-1947]). Furthermore, a market hall with an impressive concrete structure from 1908 that has been left in sight (architects Richard Plüddemann [1846-1910] and Heinrich Küster [1870-1956]). Finally, Hydropolis (2015), a knowledge centre about water in the former urban drinking water plant, which was developed since 1866 by the English engineer James Moore and architect Johann Christian Zimmermann [1831-1911]. Absolutely impressive is the huge square water tower in which the pumping technology with steam-driven beam engines has been preserved intact.

The next IEHC meeting is planned to take place in March 2020 in Krems (Austria), and will be hosted by the IEHC’s member, Prof. Dr. Christian Hanus, Dean of the Danube University. Part of this meeting will be a further follow up seminar about the symbolic values of the industrial heritage. 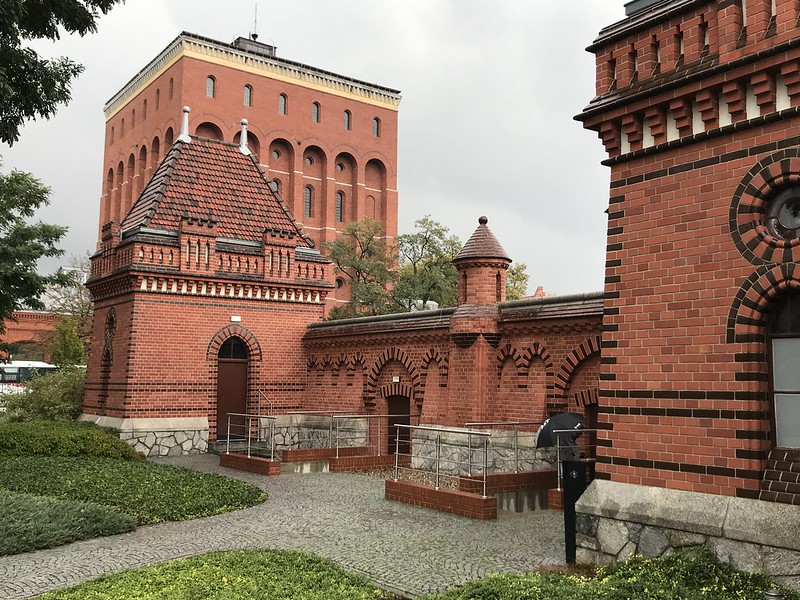