Estonia celebrates success of Programme for Owners of Rural Buildings

The Local Award Ceremony for the Programme for Owners of Rural Buildings in Estonia, Grand Prix winner of the EU Prize for Cultural Heritage / Europa Nostra Award 2015 in the Education, Training and Awareness-Raising category, gathered around 160 people at the Estonian Open Air Museum in Tallinn on the evening of 17 September 2015. This tremendous heritage achievement for the country received high praise from the Minister of Culture of the Republic of Estonia Indrek Saar, who addressed the audience through a video message, and Europa Nostra’s Council Member Erik Schultz, who presented the award. 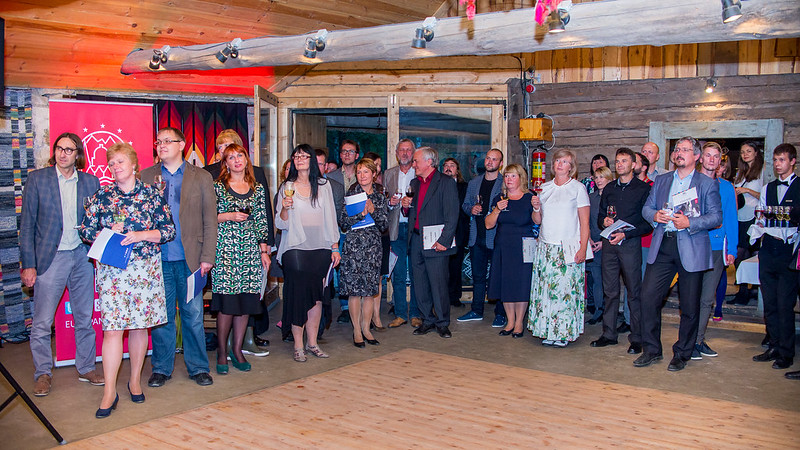 By launching the development plan ‘Rural Architecture and Rural Landscape: Study and Maintenance’ in 2007, the Estonian Ministry of Culture raised the possibility of establishing the Centre of Rural Architecture at the Estonian Open Air Museum in Tallinn. Since its establishment, the Centre has run a training programme for owners of heritage rural buildings throughout the country. More than 80 practical courses, with over 1,700 participants, have already taken place. The Awards’ Jury considered this programme as “an example to the rest of Europe” and highlighted: “It helps not only to preserve traditional building skills and the use of traditional materials, but also promotes the integration of modern technology to adapt houses for the 21st century.”

The Minister of Culture Indrek Saar, in his video message, congratulated all those involved in the project on winning Europe’s most prestigious heritage award and paid tribute to the programme’s small team for its “remarkable work and passionate commitment”.

Europa Nostra’s Council Member Erik Schultz presented the bronze trophy and the monetary award of €10,000 to Elo Lutsepp, Head of the Programme for Owners of Rural Buildings in Estonia, and Merike Lang, Chief Executive of the Estonian Open Air Museum Foundation.

“This is the second time that a project from Estonia has won a Grand Prix. The first time was in 2013, when the outstanding restoration of Tallinn Seaplane Harbour received this top honour. Two Grand Prix in two different categories awarded in three years – what a great achievement for a small country like Estonia! There is no doubt that, after years of neglect and mismanagement, the restoration of heritage has taken a higher priority and become increasingly professional in Estonia”, stated Erik Schultz, who is also the President of Europa Nostra Norway.

In her address, Elo Lutsepp thanked all the partners who have contributed to the success of the programme. More than 50 masters and specialists, who had shared their knowledge during the training courses, as well as owners of rural buildings, who had taken the risk of allowing apprentices to practice their skills in their homes, took part in the ceremony. Many employees from the Estonian Open Air Museum and several representatives from the Estonian Heritage Board and the Estonian Environmental Board were also in attendance.

During the festive gathering, the former winners of the EU Prize for Cultural Heritage / Europa Nostra Award from Estonia – namely Tallinn Seaplane Harbour (2013) and Tallinn Town Hall (2005) in the Conservation category, and the Historical Lighthouses in Estonia (2004) in the Research category – were introduced and given the floor for a short greeting.

The ceremony programme was enhanced by performances of Estonian folk music and dance with a contemporary touch.

Activities to promote the Programme for Owners of Rural Buildings in Estonia and its success in the EU Prize for Cultural Heritage / Europa Nostra Award 2015 continued in the following days, with presentations at EcoMess, a major event on sustainable renovation, held from 18-20 September in Tallinn; and at the annual meeting of the Network of Museums in the Baltic held from 21-23 September in Rönne, Denmark.