Europa Nostra and Slow Food hosted the online conference t “Food and Cultural Heritage: an EU Policy Perspective” on 17 November with representatives from the European Commission’s Directorate-General for Agriculture and Rural Development, and for Education and Culture, as well as from civil society organisations. During the debate, Europa Nostra and Slow Food presented their joint EU Policy Brief on Food and Cultural Heritage and invited the panelists to explore its key points and recommendations, and to discuss how to achieve better coherence between food, agricultural and cultural policies. This was the concluding conference of the “Food is Culture” project, co-funded by the EU Creative Europe programme, and was organised as part of the Terra Madre festival.

Over 200 attendees joined the online conference “Food and Cultural Heritage: an EU Policy Perspective” to hear the panelists share their vision on the role of food heritage for Europe and its citizens, and how it can be an asset in the aftermath of the COVID-19 pandemic. 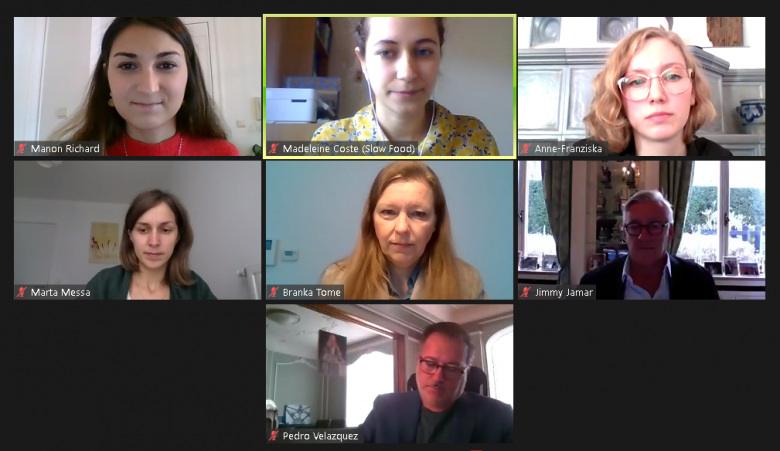 Panelists of the Online Debate

Josefin Vargo, event designer, and Ivan Manojlovic, international cooperation manager at Nova Iskra, a partner organisation, kick-started the conference by presenting the multiple facets of the “Food is Culture” project. The audience heard the stories of “What you didn’t know existed, endangered food from around the world”, a travelling multimedia artwork exhibition featuring endangered products from Slow Food’s Ark of Taste, as well as the “Food Tales from migrants”, the various school educational activities and cookery contests with chefs that were organised to promote the diversity of European food heritage.

Over the last 60 years, thousands of species, breeds and varieties selected by humans and the related know-how, which constitute our food heritage, have disappeared. The links between food and culture are too often overlooked in policy making, although the production and consumption of food are strongly influenced by our cultural environment. As Jimmy Jamar, head of Europa Nostra’s Brussels Office pointed out: “It should be evident that food is culture, that food is heritage. But the existence of the Food is Culture project shows that we still have a lot of work to do to bring heritage and food as a transversal element into EU policies“.

If the connection between food and culture runs deep into our collective heritage, why is it not self-evident at EU policy level? According to Jimmy Jamar, “it is very difficult to get a global perspective on food and culture policies in the European institutions, because these two matters do not fall under the competence of the same authorities“. This siloed approach can only result in conflicting policies that are not adapted to the dual nature of food heritage.

Several panelists expressed their concerns regarding the upcoming Common Agricultural Policy (CAP), that sets very low ambitions for biodiversity and sustainability. A green and social CAP that supports producers that respect tradition and biodiversity is essential to “preserve food heritage such as the long standing food traditions, including sourdough bread,” asserted Anna-Franziska Unterguggenberger, producer of Lesachtal bread, a product which featured in the exhibition, and member of the Lesachtal bread Slow Food Presidium in Austria. The young baker reminded the audience and panelists of the importance of supporting communities that work to preserve food heritage, and of the contribution of traditional food to the tourism industry in the EU. 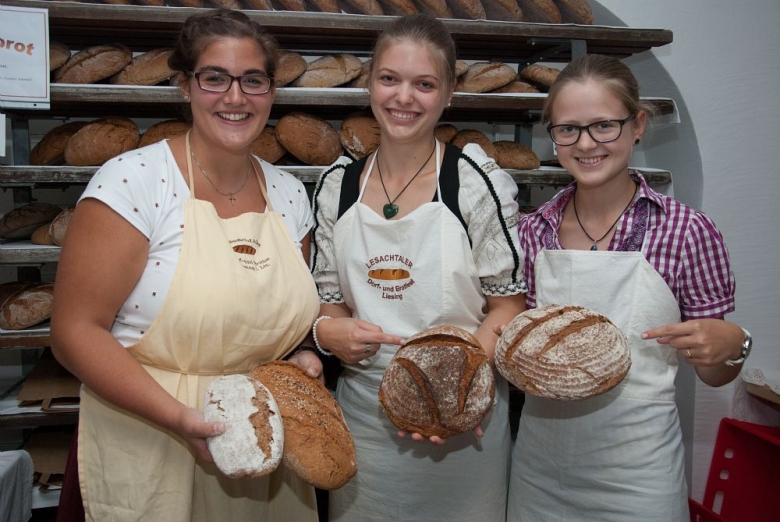 To the question of what is the European Union currently doing to protect food heritage, Branka Tome, Deputy Head of Unit at the Directorate-General for Agriculture and Rural Development of the European Commission, brought forward the existing system of EU geographical indications, that are distinctive signs used to identify a product whose quality, reputation or other characteristics relate to its geographical origin (GI). “At the EU level, we have almost 1500 food products, 1600 wines and 240 liquors registered as GI. We are protecting those names within the European Union and we negotiate with other countries around the world to ensure that they do the same“. Branka Tome confirmed the European Commission’s will to build further on the success of geographical indications, in line with the Commission’s President Ursula von der Leyen’s ambitions, the European Green Deal and the Farm to Fork Strategy.

“Slow Food welcomes the Farm to Fork Strategy, although we were hoping it would have higher ambitions regarding the sustainability of food production,” stated Marta Messa, Director of Slow Food Europe. As an example, she mentioned that sustainability criteria for geographical indications are included in the text but are not clearly defined. At the moment, production protocols are indeed not always strictly established, leaving the door open to wide interpretations of tradition and quality. Some certified products do not even have a true historical identity. “The Farm to Fork strategy is a first step in the right direction, but we need more coherence between food, agricultural and cultural EU policies,” concluded Marta Messa. 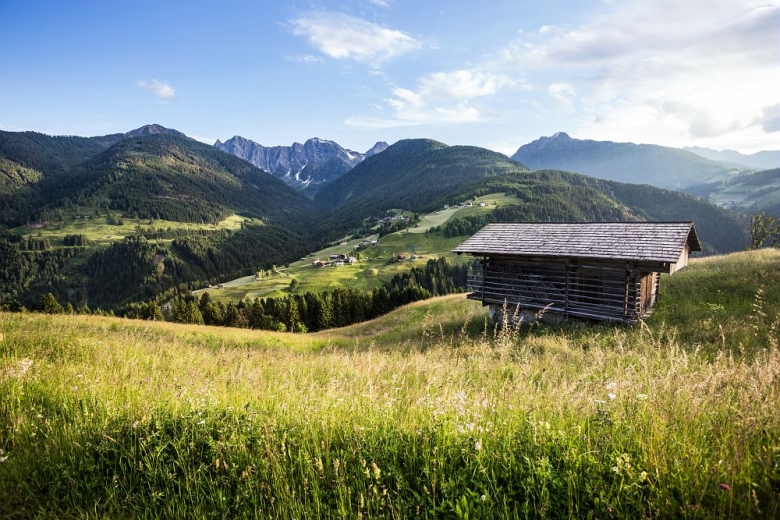 Pedro Velazquez, Deputy Head of the Creative Europe Unit at the Directorate-General for Education, Youth, Sport and Culture of the European Commission, picked up on that last comment to introduce the future Creative Europe framework programme from 2021-2027, that aims at protecting cultural diversity and supporting artisans. “The COVID-19 crisis has severely hit both cultural and food sectors. Food chains have been able to continue their activities, but gastronomic restaurants, who are the ones promoting and using protected products are now closed. The chains of value in the food sector have been broken.”

There is hope that the EU will invest more in the protection of food heritage, which will be key to Europe’s post COVID-19 recovery and for meeting the sustainability objectives of the European Green Deal.

Slow Food will continue to promote policy coherence by calling for a Common Food Policy, and for the cultural aspect of food to be brought back to the center of food systems.

Have you missed this event? Watch the replay!

If you interested to learn more on this topic, read Europa Nostra’s and Slow Food’s policy brief.

Check out the art exhibition “What you didn’t know existed. Endangered food from around the world” and explore the diversity of Europe’s food heritage.

About the project:
Food is Culture is a cooperation project funded by the Creative Europe program of the European Union (in the frame of the European Year of Cultural Heritage 2018), with the contribution of the Fondazione CRC di Cuneo, led by Slow Food with its partners Europa Nostra, Kinookus, Nova Iskra Creative Hub, and Transpond AB. It aims to make European citizens aware that food heritage is a means for expressing their belonging to Europe and for better understanding the wealth and uniqueness of Europe’s cultural diversity. The project entails several activities, such as a travelling multimedia artwork exhibition featuring endangered products from Slow Food’s Ark of Taste, the Food Tales from migrants, school educational activities and cookery contests with chefs, as well as this present EU policy brief, a component of the project which is led by Europa Nostra.