With almost 60yrs of action, we are always keen to share our passion for #culturalheritage! On Friday, we held a workshop on European Network Building for EHL@N sites. Such an inspiring exercise to share our expertise & contribute to upskill heritage actors through peer-learning! pic.twitter.com/a1QSIiLZzA

The welcome to the workshop was made by Reinhold Sahl, Burghauptmann/CEO and Head of the European Heritage Label Network (EHL@N). He praised the efforts of Europa Nostra “to combine different networks through the sharing of our cultural heritage, which is so important for saving our future and for young people to have an idea of our common history and common heritage, especially in this time of war”.

Sneška Quaedvlieg-Mihailović, Secretary General of Europa Nostra, also underlined how crucial it is to strengthen a sense of togetherness among Europe and among cultural heritage stakeholders, such as Europa Nostra and the European Heritage Label Network. She invited the participants to “focus on partnerships, as you are always stronger with them and never weaker”. 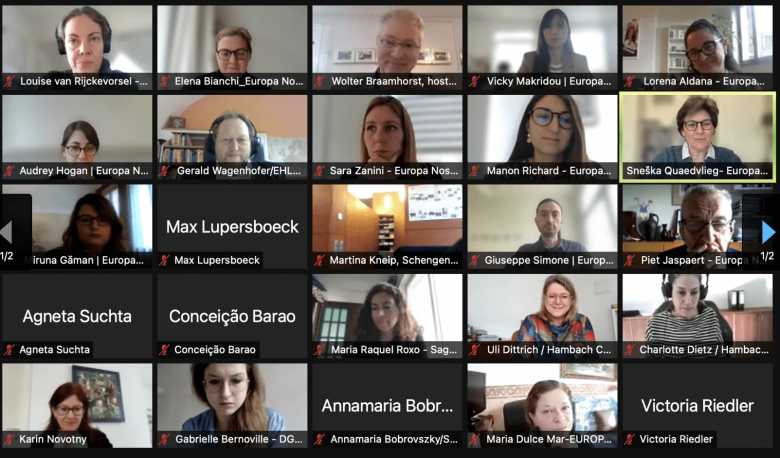 The first presentation concerned Europa Nostra’s new Network Project “European Cultural Heritage Agora” (2022-2024) and was presented by Manon Richard, EU Projects Coordinator. The Network project, supported by the Creative Europe Programme, is organised in work packages, aimed, among the others, at the creation of connections and at upskilling the heritage sector with knowledge exchange and training opportunities.

Lorena Aldana-Ortega, European Policy Coordinator, described the commitment of Europa Nostra in policy and advocacy at the European level and how much networking is a building block and asset in this direction. Nurturing relations is strategic to achieve a common goal and engage in a high-level dialogue with policy-makers and stakeholders.

Europa Nostra’s flagship initiatives, the European Heritage Awards / Europa Nostra Awards and the 7 Most Endangered Programme, were presented to the participants, focusing on how strong networks are at the core of their success. Elena Bianchi, Heritage Awards Coordinator, described the scheme as a strong network of excellence, thanks to its three main ingredients: a genuine sense of belonging, an endless desire to learn, and a generous willingness to share expertise and knowledge. For Sara Zanini, Coordinator of the 7 Most Endangered Programme, this civil society campaign is precisely based on the activation of a network at each stage of the process. From the engagement of the local community in saving the site to the involvement of experts in the evaluation of the nomination. 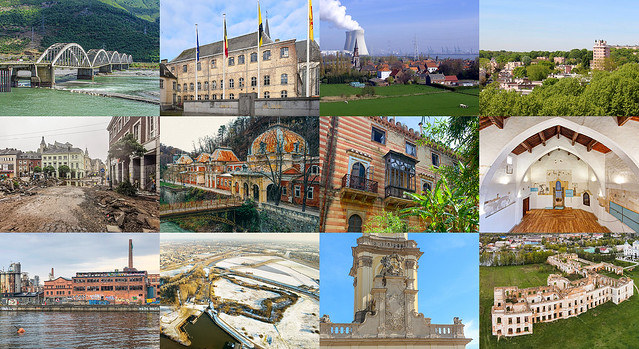 Since every networking activity is essentially based on communicating, time was also devoted to the explanation of the role of communication and social media in the building and maintenance of networks. Giuseppe Simone, Europa Nostra Web Communications Coordinator, listed the communication platforms used by Europa Nostra for the sharing of information and the reaching of diverse audiences. He pointed out the need to engage in a conversation with the public, remembering to bridge between offline and online activities.

The participants next joned one of two breakout rooms that followed to encourage dialogue among participants about two themes: ‘How to create overall synergies in actions?’ and ‘How to create synergies in communication?’. Participants in both of the groups were asked to identify challenges, obstacles, opportunities and strengths they have faced when creating synergies among heritage actions, projects or networks. In the perfect spirit of networking, participants shared their expertise, successful practices and experiences among themselves. The breakout rooms were moderated by Lorena Aldana Ortega and Gerald Wagenhofer (EHL@N), and Elena Bianchi and Karin Novotny (EHL@N), respectively.

The workshop event was an inspiring exercise to share knowledge and a resounding success for peer-learning and cooperation. It represented the beginning of a long journey of cooperation and conversation between two valuable heritage networks, Europa Nostra and the European Heritage Label Network, exchanging mutual ambitions and different perspectives.