On 30 June, Europa Nostra, represented by its Secretary General Sneška Quaedvlieg-Mihailović, contributed to a most interesting and timely webinar on Bio-Regional Territorial Approaches to Rural-Urban Integration in Combating Climate Change, which was organised by UN-HABITAT and attended by over 80 participants. The event aimed at demonstrating that stronger regionalisation contributes to enhancing territorial development, improving resilience to combat the effects of climate change and to delivering better urban-rural linkages. For this purpose, the webinar featured a series of inspiring speakers from leading organisations and institutions at European and international levels, dealing with the topic of urban-rural integration from a different perspective, such as cultural heritage, climate action, food systems, communities and co-creation. 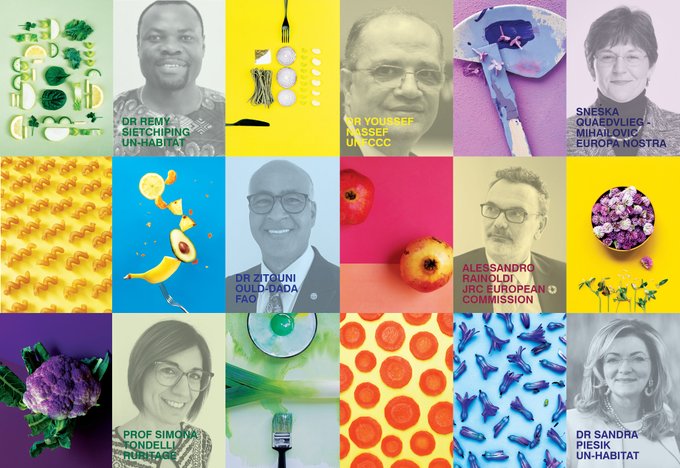 The European Cultural Heritage Green Paper was produced by Europa Nostra in close cooperation with ICOMOS and the Climate Heritage Network, with the input of other members of the European Heritage Alliance. It was supported by the European Investment Bank Institute and the Creative Europe programme of the European Union.

Sneška Quaedvlieg-Mihailović noted that “the climate crisis is global. Prior to the important meetings of the COP26 and in the framework of the G20 under the Italian Presidency, let us make sure that culture and heritage are duly included in the wider climate and sustainability frameworks at European level but also internationally.” She concluded by wishing that this conversation marks the start of a truly transformational partnership for the benefit of a better quality of life on our planet.

Many thanks to @UNHABITAT for inviting our SG @SneskaEN to a most relevant and timely webinar on rural-urban integration to combat climate change. Holistic approach & transformational partnerships are key to foster a better quality of life on our Planet 🌍🤝 #NewEuropeanBauhaus pic.twitter.com/W7sND56wNG

The webinar was moderated by Dr Sandra Piesik, Senior Consultant for UN-HABITAT. In his opening remarks, Dr Remy Sietchiping, Chief of the Policy, Legislation and Governance Section Global Solution Division at UN-HABITAT, stressed the importance of strong partnerships in different regions of the world to achieve greater rural-urban integration for the benefit of the environment and the earth.

Dr Youssef Nassef, Director, Adaptation Division Acting Director, Intergovernmental Support and Collective Progress Division Chair, World Adaptation Science Programme, Founder of the Resilience Frontiers Initiative, argued that “when addressing urban-rural development, one has to look at it from a more transformational angle” and highlighted the need to invest in regenerative activities to reach an optimal global resilience.

Dr Zitouni Ould-Dada, Deputy Director of the Climate and Environment Division Office of Climate Change, Biodiversity and Environment, emphasised that the COVID-19 pandemic has posed new challenges to cities and local governments in terms of accessibility and affordability of food systems, which are very vulnerable due to climate hazards. In this context, there is a need to “shift from isolation and look at the whole system beyond cities and rural areas” to provide better and healthier living conditions for citizens while promoting efficiency and sustainability.

Xavier Troussard, Head of the New European Bauhaus Unit, Joint Research Centre, European Commission, presented the pioneering New European Bauhaus initiative developed by the European Commission, which aims at bringing sustainability, inclusiveness and aesthetics into our living environments. He pointed to the strong participatory approach of the initiative, designed as a co-creation by and for communities to define our new way of living.

The panel discussion concluded with a Q&A session during which speakers exchanged views on the redefinition of urban-rural integration. All agreed that strategies and policies have to be more inclusive and holistic to reflect the synergies and convergence between urban and rural areas and swiftly address cross-cutting challenges. The New European Bauhaus initiative, in which cultural and natural heritage is deeply rooted, provides adequate solutions to shape a better society based on exchanges between urban and rural areas and combat climate change. Europa Nostra stands ready to establish strategic partnerships for further engagement and cooperation work on urban-rural linkages.