Some 60 members of Europa Nostra Denmark visited the newly restored Hermitage Hunting Lodge in Dyrehaven, north of Copenhagen, on 2 October. Dating back to the 18th century, it was completely rehabilitated and reopened to the public in June 2013. 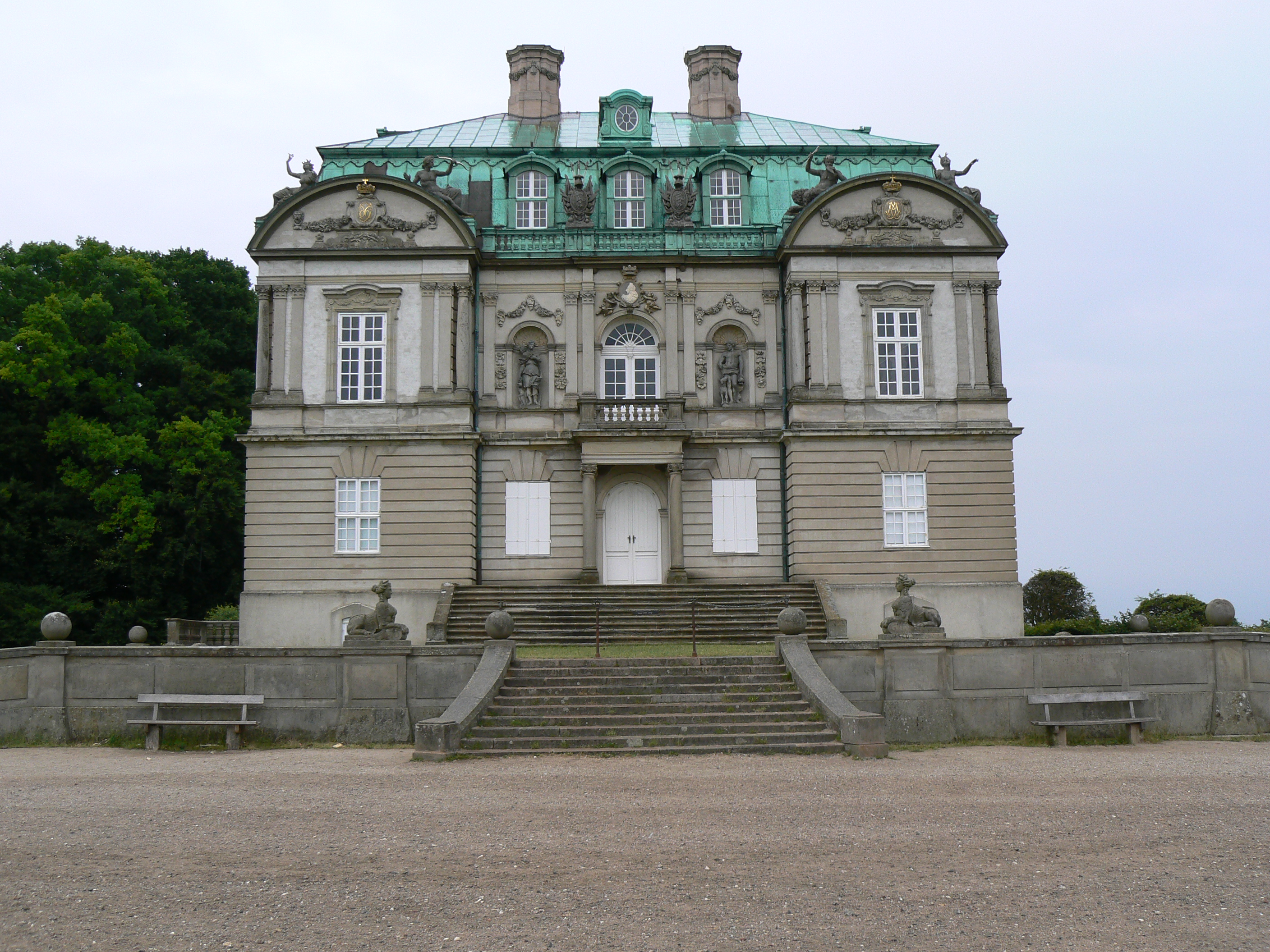 Dating back to the 18th century, the Hermitage Hunting Lodge was completely rehabilitated and reopened to the public in June 2013. Photo: Hemmingsen CC-BY-SA-2.0

The Hermitage Hunting Lodge was designed for King Christian VI in 1734 by the young Lauritz Thurah, the Royal Court Architect. The house was built between 1734 and 1736 and totally completed in 1738.

There are two basic elements encountered in this restoration. The interior with its overwhelming amount of hidden, yet existing, “Thurah” represented, and the exterior which is Ferdinand Meldahl’s interpretation of the original Thurah design.

It was decided, that the image of Lauritz de Thurah’s interiors would be recreated and the outside works would be a completion of Ferdinand Meldahl’s exterior design (1890).

The project started autumn 2009 and was completed in June 2013. The Hermitage Hunting Lodge is opened to public during spring, summer and autumn where guided tours are available.

“What specifically caught our interest was the original architects boldness in experimenting. Many of the ideas tried out here in the construction and details were also put into the castle of Christiansborg, which was built shortly after. Another amazing thing is the colour black occur as the basis lair of paint on panels and window sills. This is very uncommon in Denmark and gives a fantastic contrast to all the gold and glass. We were also quite impressed by the great new silk/paint works on the walls,” concluded Erik Vind, President of Europa Nostra Denmark.