At their meeting in Davos on 22 January, the European Ministers of Culture adopted a Declaration that calls for a policy of high-quality Baukultur* for Europe. The Davos Declaration highlights the central role of culture in our built environment and expresses its vision for a high-quality Baukultur, stressing its benefits for society and the requirements to reach it. Europa Nostra’s Secretary General Sneška Quaedvlieg-Mihailović participated as an observer at the Ministerial Conference and expressed the full support of civil society representatives to the Davos Declaration. This informal Conference, held on the eve of the World Economic Forum, was organised by the Swiss Confederation as a contribution to the European Year of Cultural Heritage 2018 in Switzerland. 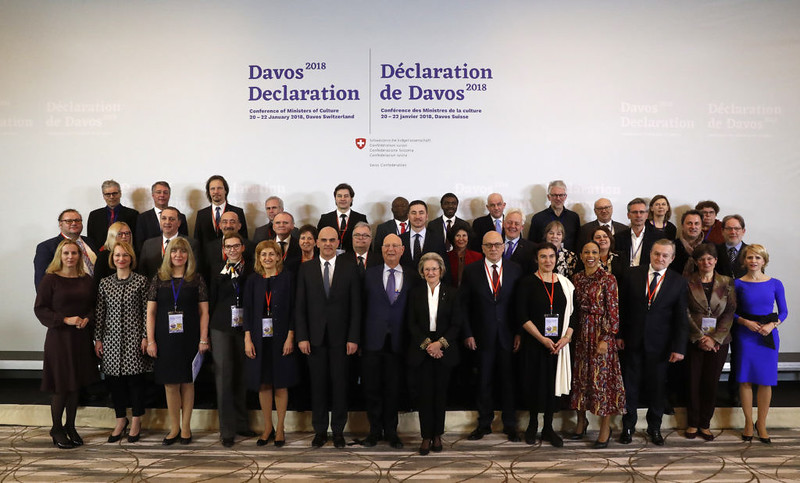 In his special address, Professor Klaus Schwab, Founder and Executive Chairman of the World Economic Forum (WEF), stated that “this Conference is the turning point for a more regular integration of cultural considerations in the WEF agenda and debates”.

In her intervention at the end of the ministerial dialogue of the first day of the Conference, the Secretary General of Europa Nostra Sneška Quaedvlieg-Mihailović stressed the high symbolism of the Conference, both in terms of its timing – during the very first month of the European Year of Cultural Heritage and one month after the adoption of the first-ever European Council conclusions on Education and Culture, and its location – in Davos, the day before the opening of the WEF 2018 held under the motto “Creating a Shared Future in a Fractured World”. 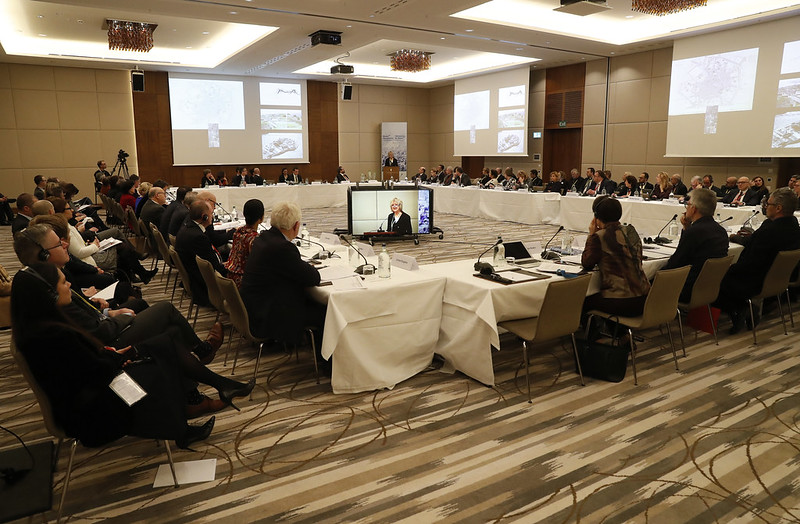 Sneška Quaedvlieg-Mihailović congratulated the Swiss Government on reaching out to the World Economic Forum, and the World Economic Forum for embracing this important cultural ouverture to its main programme. She also applauded the political coalition gathered to express its commitment to promoting the values and principles of high-quality Baukultur and called the private sector – business world, private owners and the civil society – to enlarge this coalition, pointing out that the WEF is “the perfect ally for advancing the message and the perfect platform to ensure this much-needed multilevel and cross-sectoral cooperation to promote high-quality Baukultur”.

The Secretary General of Europa Nostra praised and strongly endorsed the Davos Declaration. The Declaration promotes the ethical and aesthetic concept of a high-quality living environment as the basis for a higher quality of life for our citizens and communities. It adopts an holistic approach emphasising the joint responsibility of politicians and society for the built environment and the urgent need to raise awareness of the cultural, social, environmental and technical issues at stake. 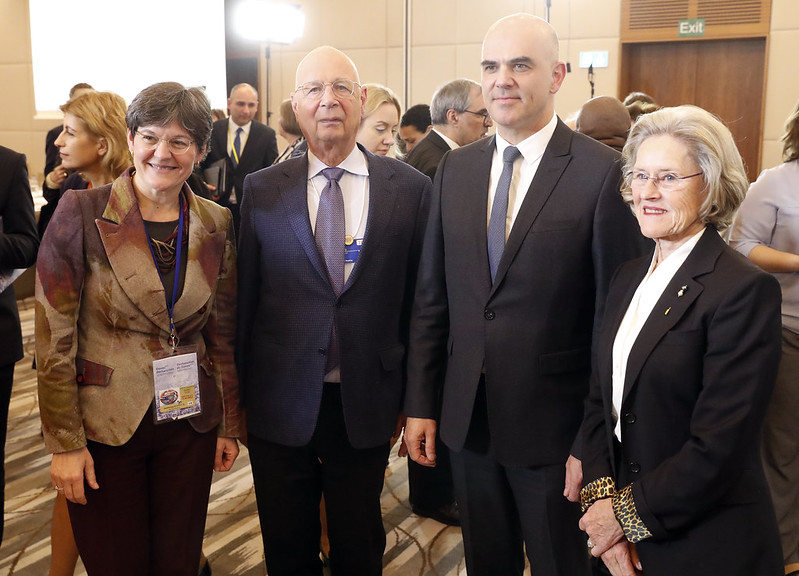 In her final intervention, Sneška Quaedvlieg-Mihailović, speaking on behalf of the civil society, invited all the Conference stakeholders, including Professor Klaus Schwab and Alain Berset, to join the first-ever European Cultural Heritage Summit on 18-24 June in Berlin to promote the Davos Declaration. She emphasized that “the aim of the Summit is to outline the main pillars of a future ambitious European Union Agenda and Action Plan for Cultural Heritage” and added that “the vital goal of a high-quality Baukultur should be one of the key pillars of such an Agenda and should be duly incorporated in numerous policies, actions and funding mechanisms of the European Union at all levels of governance and in close cooperation with its main international partners”.

For more detailed information, please visit the Conference website, including the official press release and the context document prepared by the Swiss Confederation prior to the Conference.

* Since the turn of the millennium, the term Baukultur has been used in the German-speaking world in an all-encompassing sense. As there is no term in English with an exact equivalence to this concept, the Ministerial Conference introduced the German term Baukultur into the English documentation. The German term has been chosen in contradistinction to closely related terms such as architectural quality, so as not to limit the concept to architecture alone (Conference context document, page 9).