On 23 November, the Architects’ Council of Europe – a member of the European Heritage Alliance 3.3 – organised a public conference on the Adaptive Re-Use and Transition of Built Heritage in Leeuwarden, The Netherlands, European Capital of Culture 2018. This event took place in the framework of the European Year of Cultural Heritage and focused on the fourth initiative of the Year “Heritage in Transition: re-imagining industrial, religious and military spaces for the regeneration of urban and rural areas”, which is a part of the Sustainability Pillar. 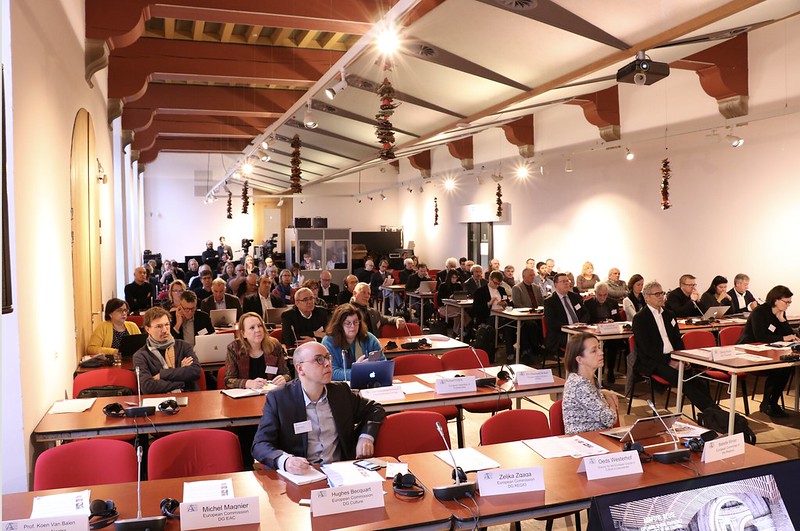 During the conference, the Architects’ Council of Europe presented the Leeuwarden Declaration “Adaptive re-use of built heritage: preserving and enhancing the value of our built heritage for future generations” with the support of Europa Nostra, the European Federation of Fortified Sites (EFFORTS) and Future for Religious Heritage (FRH). The Declaration highlights the multiple benefits of re-using our built heritage, calls for smart and quality-based processes in adaptive re-use projects and stresses the importance of the dialogue between heritage and contemporary architecture. It also recalls the Davos Declaration “Towards a high-quality Baukultur for Europe,” which was adopted by the European Ministers for Culture in January 2018, and emphasises that the adaptive re-use of our built heritage is necessary to achieve a high-quality Baukultur.

The conference brought together architects and stakeholders of the heritage sector who discussed the benefits of the adaptive re-use of built heritage and good practices in the field as well as the challenges, risks and barriers inherent in adaptive re-use projects.

Tapani Mustonen, Finnish Architect and Board member of Europa Nostra, was among the panelists of the first session, “Skills and Competences of Heritage Professionals”, which sought to clarify key concepts (such as “heritage”, “conservation” and “adaptive re-use”) and discuss the skills, knowledge and competences necessary for quality heritage interventions.

Koen Van Balen, Director of the Raymond Lemaire International Centre for Conservation at the KU Leuven and Europa Nostra Council member, joined the fourth and last panel of the day, entitled “Wrap up of the Heritage in Transition initiative”, which assembled representatives from EU networks and partners of the initiative to take stock of the lessons learned over the European Year of Cultural Heritage and discuss how to sustain the legacy of the Year. Prof. Van Balen also emphasised the importance of cultural heritage for sustainable development.