On the occasion of the 40th session of the UNESCO World Heritage Committee in Istanbul, Plácido Domingo, in his double capacity as President of Europa Nostra and UNESCO ‘Good Will Ambassador’, sent a letter to the Director-General of UNESCO Irina Bokova recalling that Europa Nostra and the European Investment Bank Institute declared on 16 March 2016 that the Venice Lagoon is ‘The Most Endangered Site in Europe’ as part of the ‘7 Most Endangered’ programme, and asking for the inscription of Venice and its Lagoon on the List of World Heritage in Danger. 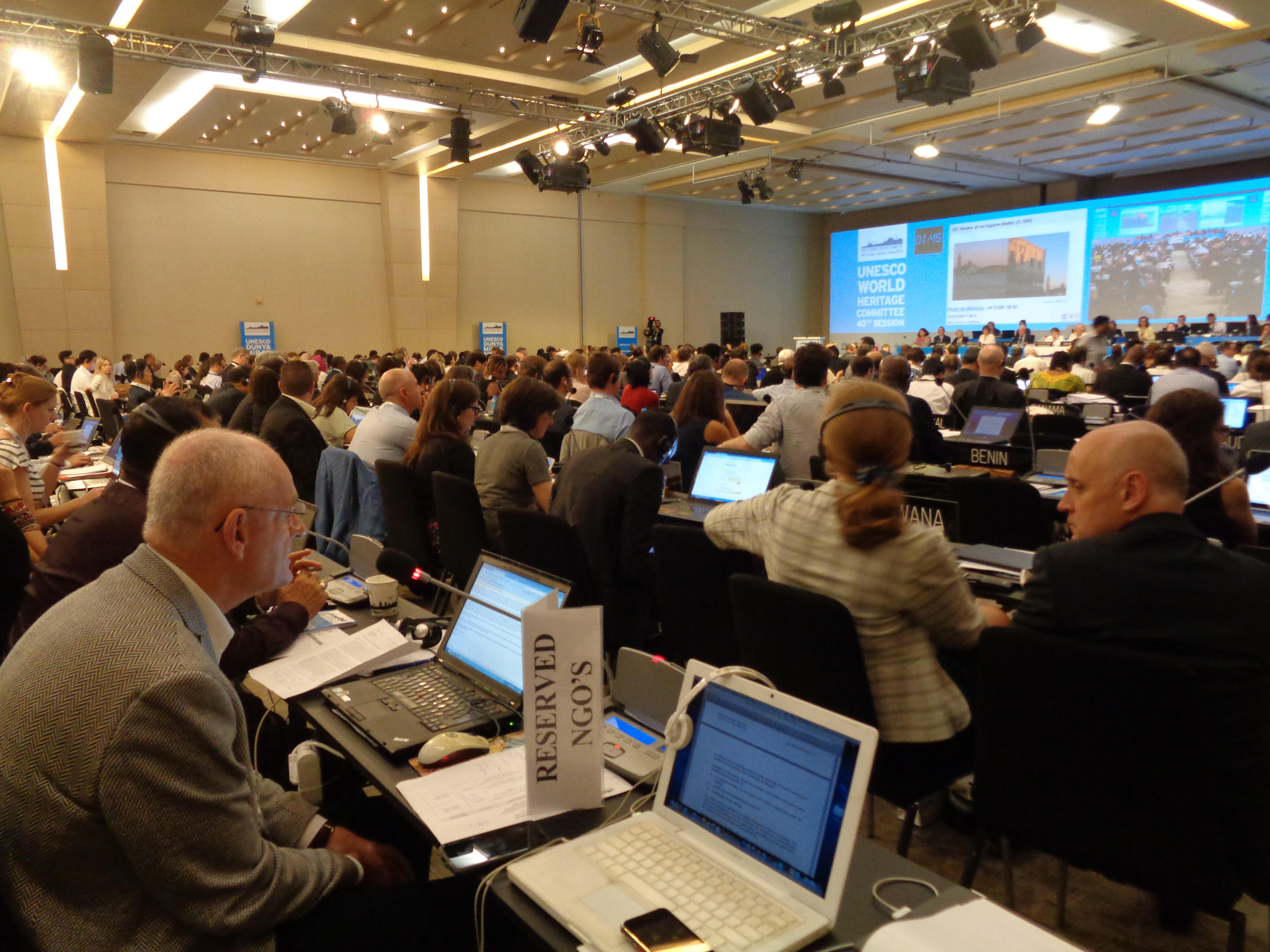 The 40th session of the UNESCO World Heritage Committee in Istanbul, July 2016.

However, for the time being, Europa Nostra together with its Italian member organisations Italia Nostra and Fondo Ambiente Italiano (FAI), expressed its support for the considerations and recommendations contained in the Report on the State of Conservation of Venice and its Lagoon prepared by the World Heritage Centre for the meeting in Istanbul. In this way, Europa Nostra endorsed UNESCO’s  renewed and very forceful appeal to Italian authorities to urgently adopt the necessary measures for the safeguard of the City and its Lagoon. These measures should be presented to UNESCO at the latest by 1 February 2017.

Francesco Bandarin, UNESCO Assistant Director-General for Culture, during his intervention in the discussion recalled that although a lot had been achieved in the past, largely funded by the Italian government, there are new threats arising to counter which there has been so far no adequate planning and response. In highlighting the today’s serious risks he added: “Venice seems to have lost its capacity to define its future and can become easily the prey of sectorial interests, may they be called mass tourism, the harbour economy, airport boat and sheep traffic, exploitation of natural environment. Last year the city received over 25 million visitors. On an average day you can have over 100.000 visitor. Is Venice doomed to become just a tourist village? The local powers seems to be unable to cope. It is again for the international community, jointly with the government of Italy and the national and international NGOs, to help Venice define its role for the future and identify a proper governance”. (For the full text of his speech click here.)

To Find Out More

Venice Lagoon: the most endangered site in Europe