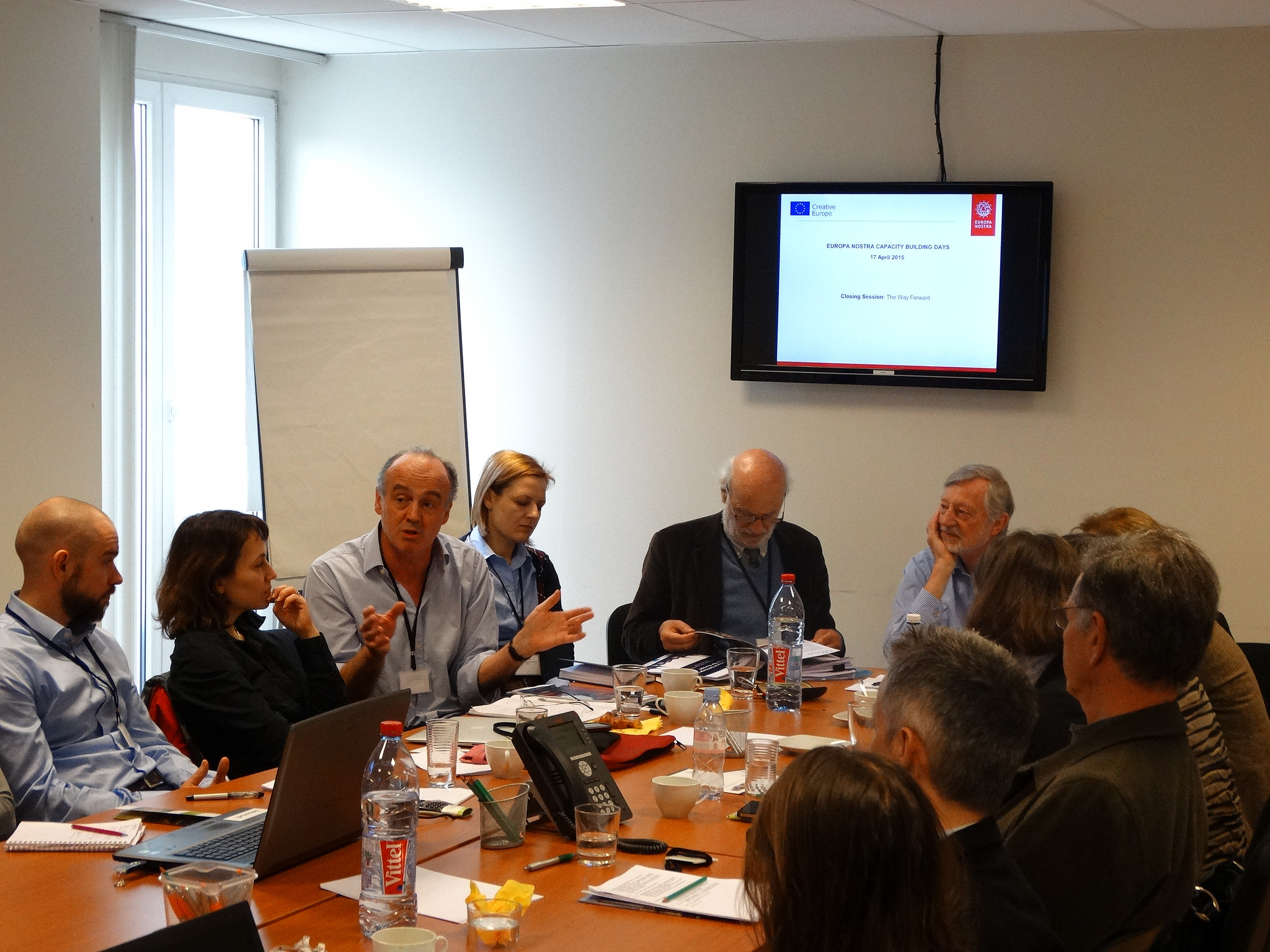 In the framework of its 3-year Network Project “Mainstreaming Heritage”which has received the invaluable support of the European Union through its Creative Europe programme, Europa Nostra organises “Capacity Building Days” for its Member Organisations.

The overarching aims of Europa Nostra’s Network project are to:
a. Build on its wide network & networking activities to ensure regular and effective dialogue with various EU institutions; and
b. Strengthen and improve the competences and skills of civil society organisations active in the cultural heritage field which are amongst its member organisations.
In order to achieve these objectives, Europa Nostra has developed an ambitious Action Plan, which includes the organisation of “Capacity Building Days” which will provide a networking platform for our Member Organisations who will come together to exchange best practices in their own field of work and also to learn more about EU Institutions and Mechanisms, as well as about relevant EU policy and funding developments.

“Capacity Building Days” will be organised annually (2015, 2016 and 2017) by the Europa Nostra Office in Brussels, targeting different participant groups and focusing on different core issues.

In 2015, the “Capacity Building Days” will be organised for Europa Nostra Member Organisations’ Chief Executive Officers, and will include a twofold programme revolving around (a) encounters with representatives of EU Institutions (European Commission, European Parliament and Committee of the Regions), and (b) presentations and discussions with a special focus on innovative management and funding models for heritage NGOs.

The timing of the first edition of our “Capacity Building Days” has been chosen to coincide with the annual “European Heritage Label” event which will be organised in the evening of 15 April by the European Commission, with the presence of Tibor Navracsics, new European Commissioner in charge of Education, Culture, Youth and Sport and also with the plenary session of the Committee of the Regions (CoR) during which the CoR is expected to adopt on 16 April its opinion on EC Communication “Towards an integrated approach to Cultural Heritage”.