Europa Nostra participated in the Conference on Hellenistic Alexandria in Athens

Representatives of Europa Nostra participated in the Conference “Hellenistic Alexandria: Celebrating 24 Centuries” which took place at the Acropolis Museum in Athens from 13 to 15 December and was held under the auspices of H.E. the President of the Hellenic Republic Mr. Prokopios Pavlopoulos. This high-level Conference, co-organised by the Μarianna V. Vardinoyannis Foundation, the Acropolis Museum, the Alexandria Center for Hellenistic Studies at Bibliotheca Alexandrina and the Mariolopoulos-Kanaginis Foundation for the Environmental Sciences, was an ideal occasion to bring together experts in various disciplines, e.g. architecture, archaeology, physics, ancient technology, medicine, mathematics, climate and environmental studies. 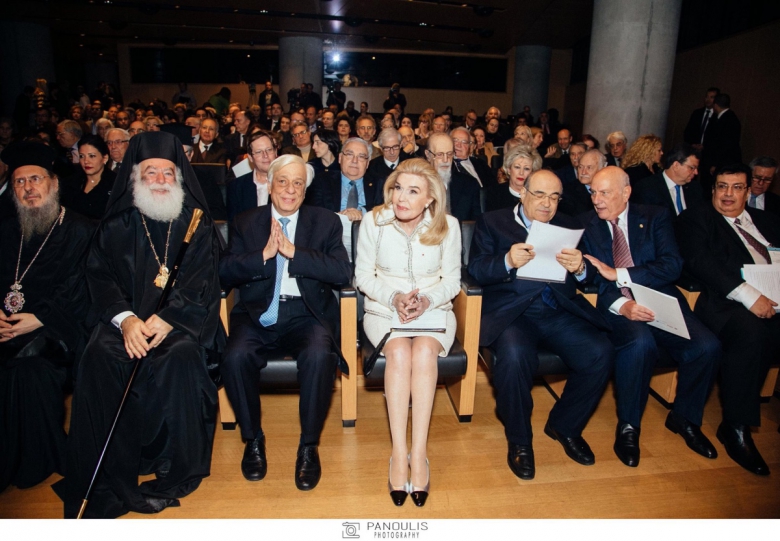 A large audience of experts attended the Conference “Hellenistic Alexandria: Celebrating 24 Centuries” from 13 to 15 December at the Acropolis Museum in Athens

These specialists coming from across Europe and beyond (such as Egypt, Greece, Germany, France, Italy, the USA and the UK), discussed and exchanged with a large audience the importance of Alexandria as a cultural and scientific centre between the 3rd and 1st century BC, as well as its legacy after 24 centuries in later Western and Eastern countries. The Conference programme equally included history and cultural themes in order to highlight how the Hellenistic period has had an impact on modern culture, civilisation and science.

Paolo Vitti, member of the Council and the Scientific Council of Europa Nostra, gave a lecture on the Alexandria Lighthouse entitled “Gigantic and structurally sound. Building the lighthouse on the island of Pharos”. This heritage treasure being one of the Seven Wonders of the Ancient World, he discussed its architecture on the basis of the Arabic sources and three of the major minarets realised in the 12th century in Western Islam (Marrakech, Rabat, Seville).

Europa Nostra wishes to congratulate Prof. Christos Zerefos from the Academy of Athens and the entire Organising Committee, including Europa Nostra’s Vice-President Costa Carras, for taking the initiative to convene such important conference, which is a perfect example of how our shared cultural heritage can help building bridges between citizens, culture, communities and countries not only in Europe but also across the Mediterranean and beyond.

Read more about the Conference on the website: www.hellenistic-alexandria.com