In his words of welcome, President Antonio Tajani stressed that the European Year of Cultural Heritage is an invitation to rediscover our shared identity: “We should not be afraid of opening up to other cultures. The stronger we are in our own identity, the stronger we are in understanding our own history, the better we can interact with others.” Likewise, the President of the European Commission, Jean-Claude Juncker, saw in the European Year “an opportunity to better know our Union in all its diversity”. Making the link between shared heritage and shared values, Juncker stated: “We need on a daily basis to reiterate these European values that emerge from our cultural heritage: humanity, dignity for human beings and solidarity among ourselves”. 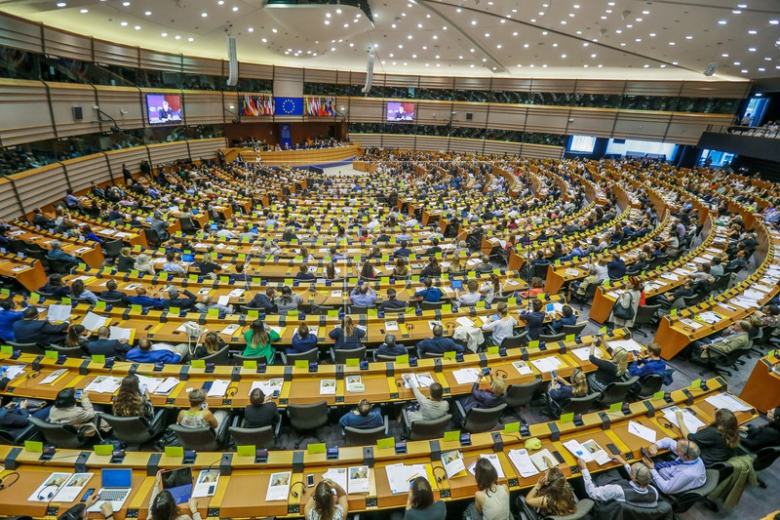 He was warmly introduced by Silvia Costa MEP, member of the parliament’s culture committee, who was also one of the prominent speakers at the Berlin Summit. By way of opening the first panel on “cultural heritage and Europeanness”, Silvia Costa invited the audience to join her to become signatories of the Berlin Call, “a call to ensure that this year does not end in December”. Taking the floor after the chair’s introduction, Hermann Parzinger presented the Berlin Call by stressing the enormous potential of cultural heritage to be a cohesive factor in European integration and for creating a European identity and then invited all participants to sign the Berlin Call.

Several of the speakers present had also participated in the European Policy Debate during the European Cultural Heritage Summit 2018 and prominently referenced the Summit in their statements, such as Tibor Navracsics, the European Commissioner for Education, Culture, Youth and Sport, and the German Federal Government Commissioner for Culture and the Media, Monika Grütters. Commissioner Navracsics, for instance, announced that the European Action Plan for Cultural Heritage –  which would be presented towards the end of 2018 – will be inspired by the Berlin Call to Action. Likewise, the Greek Minister of Culture and Sport, Lydia Koniordou, and the Croatian Minister of Culture, Nina Obuljen Koržinek, shared their impressions of the previous week’s European Cultural Heritage Summit with the audience in the hemicycle of the European Parliament. Last but not least, Luca Jahier, President of the European Economic and Social Committee, proved himself convinced that “European citizens are voicing that there is a deep need to reestablish the European project. This was also the sense and the force of the Berlin Call to Action that I also signed last Friday with many of the other panellists due to the good initiative of Europa Nostra in Berlin.” 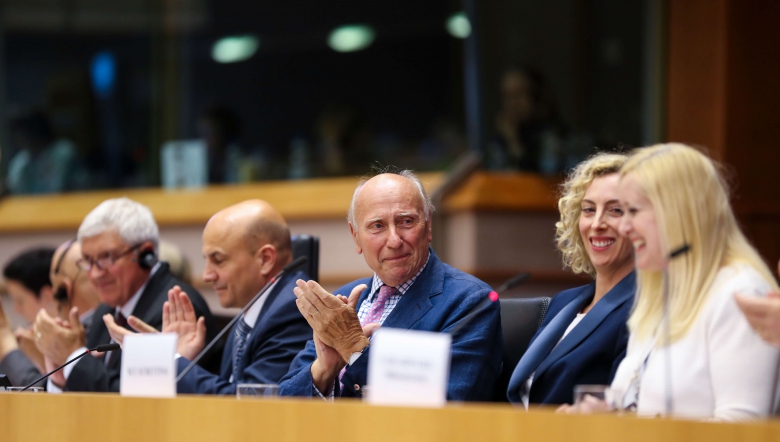 Several members of the European Heritage Alliance 3.3 contributed to the second panel on “Preserving and Promoting Cultural Heritage” which was chaired by MEP Mircea Diaconu: ICOM’s Director of Programmes and Development, France Desmarais, called for stronger cooperation in the protection of cultural heritage by focusing on sustainable, effective solutions. The President of the European Historic Houses Association, Rodolphe de Looz-Corswarem, who is also member of the Board of Europa Nostra, highlighted the role of the owners of privately-owned heritage as entrepreneurs and guardians of heritage and of the importance of habitats in the countryside, outside the major urban centres.

Last but not least, Europa Nostra’s Secretary General, Sneška Quaedvlieg-Mihailović recalled how only a few years ago, no-one from the cultural heritage world dared to dream that a European Year of Cultural Heritage would ever take place. The fact that so many cultural heritage organisations were now gathering in the plenary hall of the European Parliament, celebrating the European Year of Cultural Heritage 2018, was possible thanks to passion and energy of the Members of the European Parliament and of the European Heritage Alliance 3.3. “This is the only way to move Europe forward” she stressed; adding, “We need synergies, partnerships and alliances in Europe.” Showing a copy of the Berlin Call to the audience, she reiterated the appeal from Hermann Parzinger to sign the Call and support cultural heritage for the future of Europe: “The time for action is now! We need to change the tone, the narrative and we need to change our mindset about the future of Europe!”

The Secretary General of Europa Nostra took the opportunity to hand over a copy of the Berlin Call to Action to Antonio Tajani, the President of the European Parliament, in order to bring the outcome of the Berlin Summit to his personal attention. 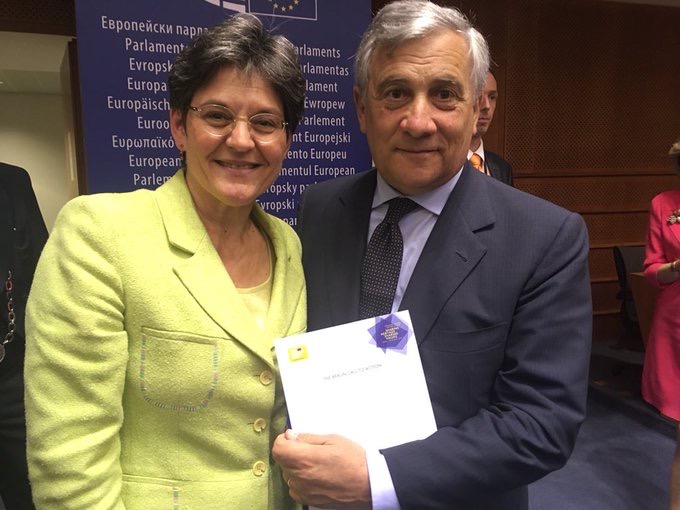 By way of highlighting that contemporary creation is the heritage of tomorrow, an impressive line-up of renowned artists shared their insights and experience with the audience during the sessions. The tone was set by the European Union Youth Orchestra (EUYO) who played Beethoven’s Ode to Joy. On this occasion, Marcus Marshall, CEO of the EUYO, also signed the Berlin Call, together with several other participants and speakers.

Among the special guests from the artistic world was also the pianist and conductor Daniel Barenboim who had also conducted Verdi’s Macbeth at the Berlin Staatsoper just a few days before and which starred Europa Nostra’s President, Maestro Plácido Domingo in the title role.