European Commission President Jean-Claude Juncker addressed the European Parliament in Strasbourg today in his annual State of the Union speech, taking stock of Europe’s political situation and outlining priorities for 2018, the year which coincides with the European Year of Cultural Heritage.

Juncker’s third State of the Union speech was delivered under the motto “wind in our sails”, calling the current situation a “window of opportunity” to shape the future of Europe. When outlining his “personal scenario number 6” for the future of the European Union, the EC President stressed his firm “love for Europe”: “Love for Europe because Europe and the European Union have achieved something unique in this fraying world: peace within and outside of Europe. Prosperity for many if not yet for all. This is something we have to remember during the European Year of Cultural Heritage. 2018 must be a celebration of cultural diversity”. The European Parliament welcomed the reference to the European Year with a strong applause. 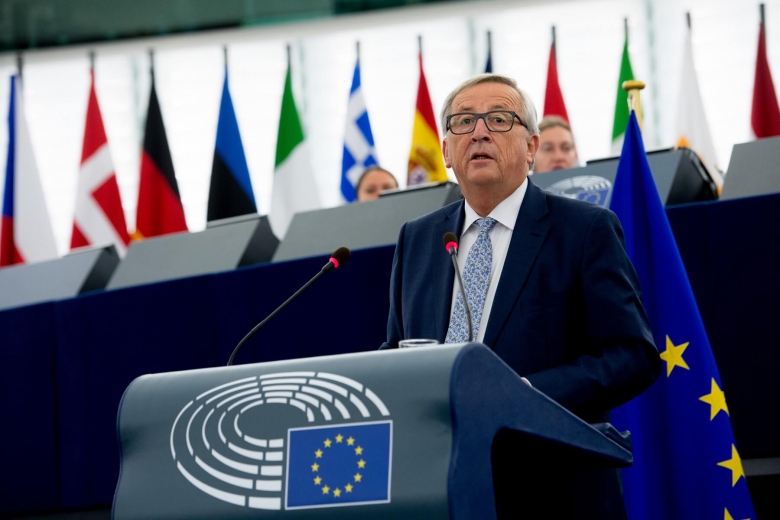 On its part, Europa Nostra applauds that brief but very significant references to “culture” and “cultural heritage” feature in this year’s State of the Union speech, and also fully supports President Juncker’s call “to move from reflection to action”. We therefore look forward to working closely together with President Juncker, Commissioner Navracsics and the entire European Commission, as well as with the European Parliament, the Member States and other EU bodies to make the best use of the European Year of Cultural Heritage for the revival of the entire European project.

President Juncker rightly said that legislative proposals and initiatives are “not enough to regain the hearts and minds of Europeans” and that “Europe is more than the single market”. Europa Nostra therefore urges EU leaders and all EU member states to take ownership of the European Year of Cultural Heritage: “What brings Europeans together is our shared heritage and our shared culture. This is also what makes Europe Europe since it is the basis of a European identity which complements and enriches our local, regional and national identities. For all these reasons, the European Year of Cultural Heritage is THE window of opportunity for EU institutions to re-engage with citizens across the continent and to re-connect with them and encourage them to take part in shaping the future of Europe”, affirmed Europa Nostra’s Secretary General Sneška Quaedvlieg-Mihailović, in reaction to the State of the Union speech by President Juncker.

In view of President Juncker’s announcement of a Special EU Summit on 30 March 2019 in Romania, Europa Nostra’s Secretary General welcomed this coincidence with Europa Nostra’s own plans to organise in Spring 2019, the second European Cultural Heritage Summit in Sibiu. “The aim of this Summit will be to take stock of the European Year and hopefully also to confirm a renewed commitment to Europe’s shared heritage and values by Europe’s Institutions and civil society alike”, noted Sneška Quaedvlieg-Mihailović.