Europa Nostra’s Secretary General Sneška Quaedvlieg-Mihailović and Board Member Guy Clausse participated in the European Investment Bank (EIB) Board of Directors’ seminar with civil society, held on 5 February at the bank’s headquarters in Luxembourg. The participants engaged in fruitful discussions about the correlation between the EIB’s lending policies and mechanisms and the European Union’s priorities, including those related to cultural heritage. On this occasion, the EIB President Werner Hoyer expressed his appreciation and support for the partnership between the European Investment Bank Institute and Europa Nostra under the 7 Most Endangered programme. The EIB Institute was represented by its Dean, Francisco de Paula Coelho, and its Deputy Dean, Henry von Blumenthal. 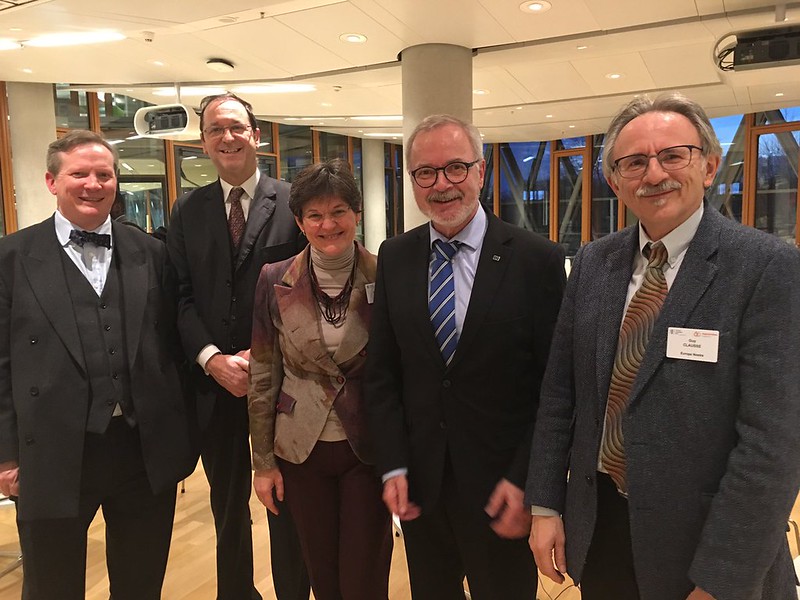 The representatives of civil society had a fruitful exchange of views with the European Investment Bank’s Board of Directors as well as with the EIB President Werner Hoyer, Vice-President Alexander Stubb and Vice-President Andrew McDowell.

At the thematic session on sustainable cities, the Secretary General of Europa Nostra urged the European Investment Bank to “bring cultural heritage more to the fore” in financing projects, especially taking into account that 2018 is the European Year of Cultural Heritage. “Cultural heritage is a vital resource for sustainable development and social cohesion in Europe,” she stated.

Referring to the European report “Cultural Heritage Counts for Europe”, Sneška Quaedvlieg-Mihailović highlighted that “cultural heritage is a significant creator of jobs across Europe” as well as “an important source of creativity and innovation”. As budgetary constraints in many parts of Europe continue, heritage conservation could benefit from access to new, additional funding, such as from private sources and donations.

In response to the intervention of Europa Nostra’s Secretary General, Vice-President Andrew McDowell stressed the importance of cultural heritage as a resource for developing sustainable and resilient cities in Europe.

Europa Nostra’s Secretary General Sneška Quaedvlieg-Mihailović took the opportunity to invite the representatives from the European Investment Bank, including President Hoyer, and the European Investment Bank Institute, to join the first-ever European Cultural Heritage Summit on 18-24 June in Berlin. Sneška Quaedvlieg-Mihailović emphasised that the aim of the Summit is to outline the main pillars of a future ambitious European Union Agenda and Action Plan for Cultural Heritage. 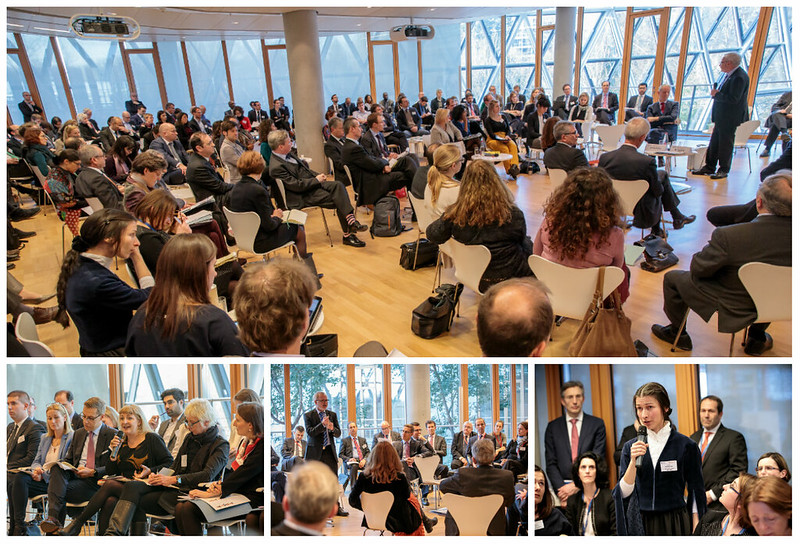 Representatives from a very large mix of civil society organisations with diverse interests, including international and local NGOs, think tanks, research and academic institutions and trade unions, contributed to the discussions. This seminar is a key pillar of the Bank’s stakeholder engagement and the only forum where the Board of Directors meets with external stakeholders.