On 6 December, over 30 representatives of 23 Members of the European Heritage Alliance met online for the second plenary meeting of the Alliance in 2022, which was chaired by Lilian Grootswagers, President of FRH (Future for Religious Heritage). The meeting focused on the current challenges that the heritage sector has to address: Support to Ukraine, the Heritage Movement for Climate Action and the outcomes of the COP27, the New European Bauhaus initiative, the European Year of Youth 2022 and the European Year of Skills 2023. 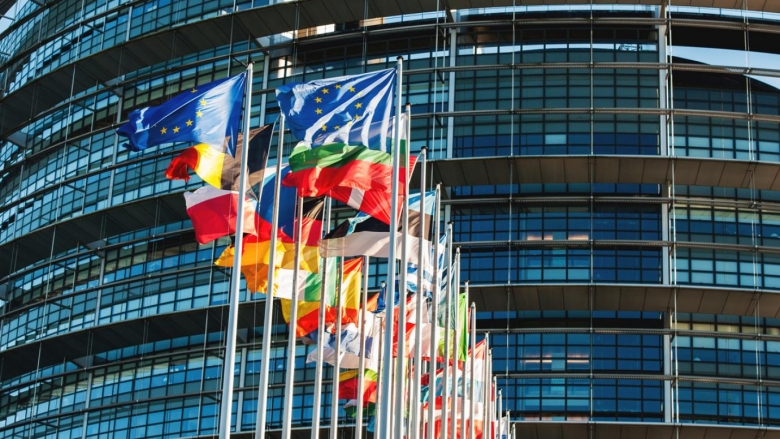 Most of these topics are included in the new EU Work Plan for Culture 2023-2026 approved by the Council of the European Union on 29 November and which was presented to the Alliance by Lorena Aldana, Head of External Relations and Advocacy at Europeana.

The Work Plan also details 21 actions which will be carried out in relation with the four priority areas. Members of the Alliance were very pleased with the clear inclusion and recognition of cultural heritage in the New Work Plan for Culture and expressed its readiness to contribute pro-actively to the heritage-related priorities and actions covered by this Work Plan.

Riin Alatalu, Vice-President Europe of ICOMOS, introduced the discussion of the Alliance on their Support to Ukraine, the preservation of cultural heritage and the empowerment of local cultural and creative sectors in Ukraine, which is one of the focusses of the EU Work Plan. 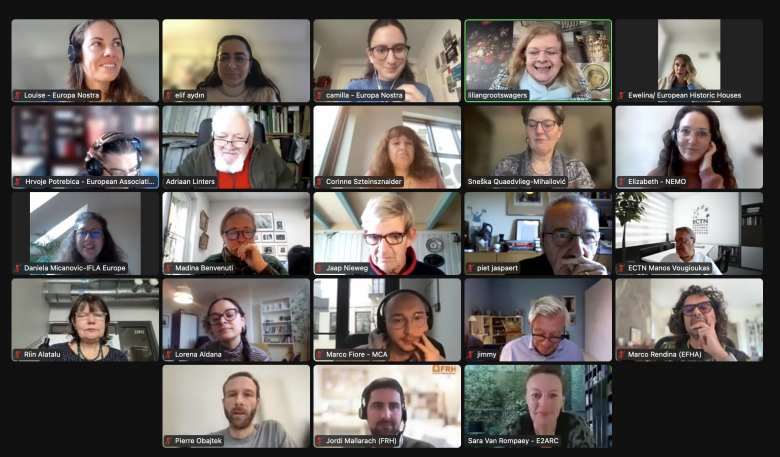 Antigoni Michael, Projects Coordinator at Europa Nostra, presented the European Year of Youth 2022, speaking from the European Parliament where 700 participants were assembled for the closing Conference of the Year entitled “Claim the Future” to reflect on its achievements and its legacy.

GiannaLia Cogliandro, Secretary General of ENCATC, introduced the European Year of Skills 2023 and presented an update of the project CHARTER-the European Cultural Heritage Skills Alliance funded by Erasmus+ and gathering several Members of the Alliance among the 28 full and affiliate members and 19 associate partners.

Last but not least, the Members of the Alliance approved the membership requests of a new member, EXARC – the International Association of Archaeological Open-Air Museums, and of the European Investment Bank Institute as the first Associate Member of the Alliance.

Before closing the meeting, the Alliance Members shared their latest updates, including the EFAITH focus 2023 on Factory Chimneys presented by Adriaan Linters; the NEMO statement on the impact of the energy crisis on museums in Europe and the mapping of museums in the energy crisispresented by Elizabeth Wilde; the 2022 IFLA Europe Resolution on Bold and Beautiful Landscapes for the Next Generation Europe presented by Daniela Mićanović; and the winner and finalists of the 2022 Religious Heritage Innovator of the Year presented by Jordi Mallarach.

The Members of the Alliance agreed to organise their next plenary meeting in person in the Spring, in conjunction with another event organised by one of the members. In the meantime, they will continue exchanging information and working together to take their joint efforts further and strengthen synergies with other important actors on the European cultural heritage scene, including regarding the issue of illicit trafficking of cultural goods and the upcoming EU Action Plan against Trafficking in Cultural Goods for 2023-2027 and/or peer-learning activities.