Session II ‘What role does cultural heritage play in the formation of a European way of life and how can it be promoted today?’ 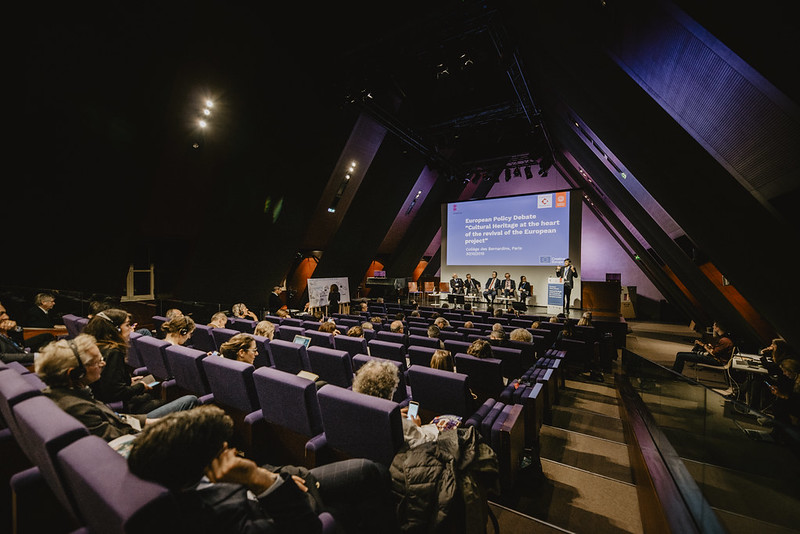 The panel was moderated by Antoine Arjakovsky, Director of the research centre on Europe of the Collège des Bernardins and responsible for the publication “Retrouver le goût de l’aventure européenne”. As an introduction, Arjakovsky recalled the responsibility of the Collège des Bernardins to address the question of the “protection of the European way
of life” with a heightened awareness. ‘While the postmodern era tends to ignore the value of cultural, intellectual and spiritual heritage, the recent fire of the Notre Dame Cathedral has reminded Europeans, without always understanding why, that this heritage is viscerally linked to their common conscience’ he stated. Read the full intervention here. 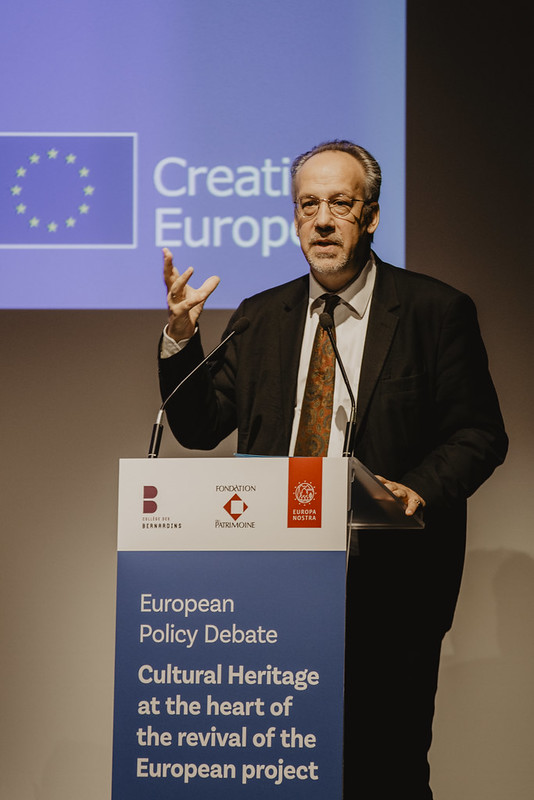 The Director of the European Cultural Foundation André Wilkens started by rephrasing the question as follows: ‘What role does culture play in the formation of a European sentiment and how can it be promoted today?’, which was the mission that Robert Schuman, together with the other founders of the European Cultural Foundation, assigned to this institution when it was created in 1954. He stressed the need to invest in European experience, for example through Erasmus+, in storytelling to make Europe more understandable and accessible to all, as well as in creating a European public space, for example by connecting cultural institutions. For Wilkens, these three important components can foster the creation of a European sense of belonging and sense of purpose, which would finally lead to forming the so-called ‘European life’. 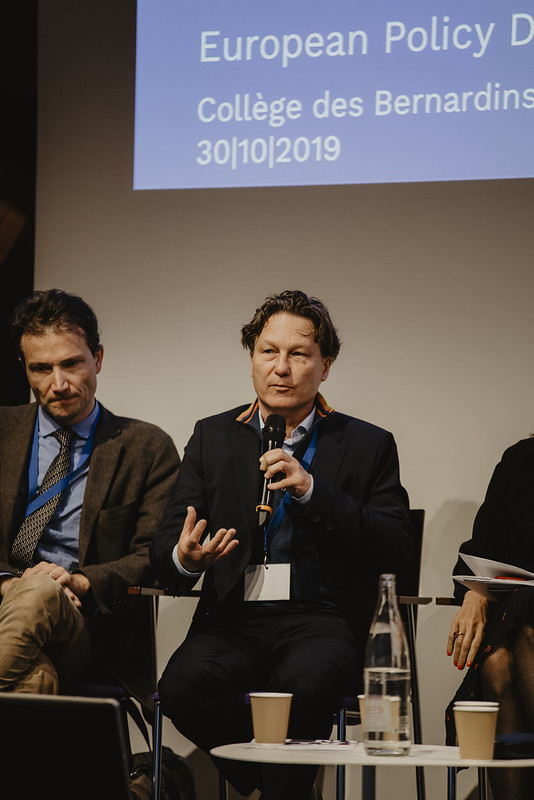 Lydia Carras, President of Elliniki Etairia, Europa Nostra’s country representation in Greece argued that cultural heritage already plays a crucial role in shaping our still emergent but valuable European identity and way of life. In order to effectively promote it, she suggested four ways: 1) by walking, as a way to raise awareness on the profound interplay between nature and culture in the landscapes of Europe while counterbalancing mass tourism; 2) by eating to enjoy gastronomic diversity but also by abstaining from food or foods to tackle consumerism, environmental challenges and climate change; 3) by learning, particularly through cultural history-teaching; and 4) by conserving cultural heritage to avoid losing Europe’s most valuable gems. Read full speech here. 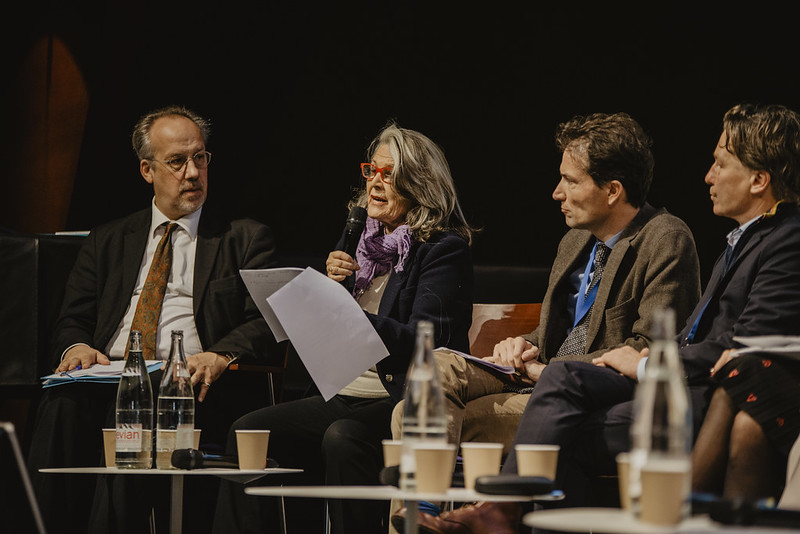 Sébastien Maillard, Director of the Jacques Delors Institute then took the floor to express his conviction on the close links between cultural heritage and a particular ‘European Way of Life’. He recalled the Cultural Routes of the Council of Europe as an important programme that encapsulates this idea. He addressed in particular the European identity and way of life in urban settings, where cultural heritage embodies the soul of a city, its beauty, landmarks, lifestyle, but also a collective memory and sense of belonging of its inhabitants. Read full speech here. 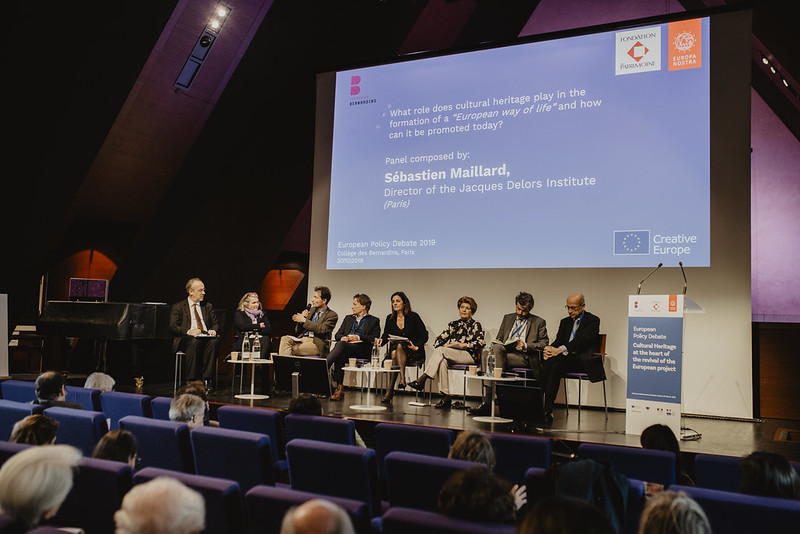 Androulla Vassiliou, Vice-President of Europa Nostra, stressed the value of cultural heritage in its own right, since it embeds ideals, principles and values that constitute a shared source of remembrance, understanding, identity, dialogue, cohesion and creativity for Europe. She addressed key initiatives that successfully tap into the huge potential of cultural heritage, such as the European Heritage Label by the European Union- which was initiated during her mandate as EU Commissioner for Education, Culture, Multilingualism and Youth- , as well as The 7 most endangered programme by Europa Nostra with the European Investment Bank Institute. Read full speech here. 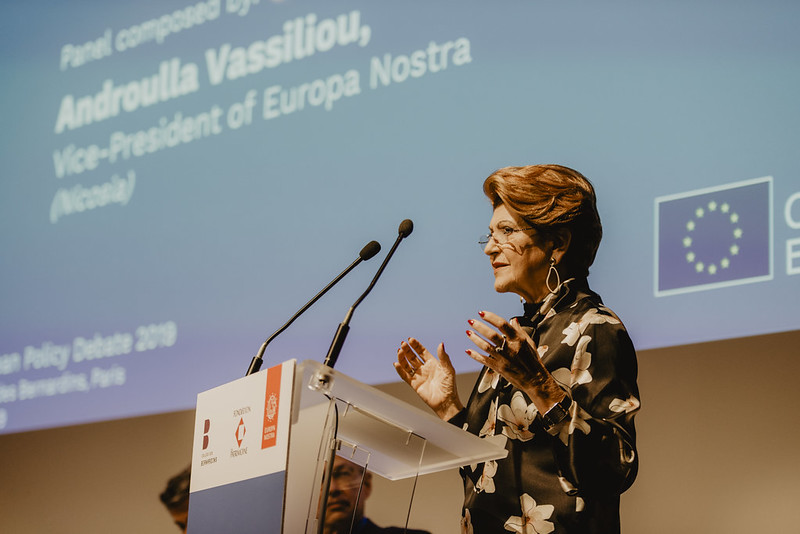 The panel also benefited from the inputs and reactions by Philippe Barbat, Director General for Heritage at the French Ministry of Culture, Gijs de Vries from the London School of Economics and Political Science and Laurence Farreng, MEP, member of the Culture and Education Committee of the European Parliament. Philippe Barbat recalled not only the European dimension of cultural heritage, but also a universal one, as testified by the international movement of solidarity that followed the fire of Notre Dame Cathedral last April. The emotions and sense of fraternity that cultural heritage can provoke go well beyond the borders of the European Union and extend to the whole of humanity. Gijs de Vries argued that the ‘essence of Europe’, is, as stated in the EU Treaty, embodied by the values of respect for human dignity, freedom, democracy, equality, the rule of law, respect for human rights, tolerance. However, these values – which are at the same time Europe’s immaterial heritage – are currently under threat by populism, extremisms, physical violence against minorities, disinformation and fake news. According to de Vries, the most endangered form of European heritage today is the art of living together, and protecting Europen values and principles should be the highest priority of all European cultural organisations. Finally, Laurence Farreng argued that the current political context, marked by a growing Euroscepticism, shows the lack of a common and shared sentiment in the EU. Against this backdrop, cultural heritage needs European action, but Europe also needs culture and cultural heritage to give a new impetus to European identity, diversity and the art of living together. 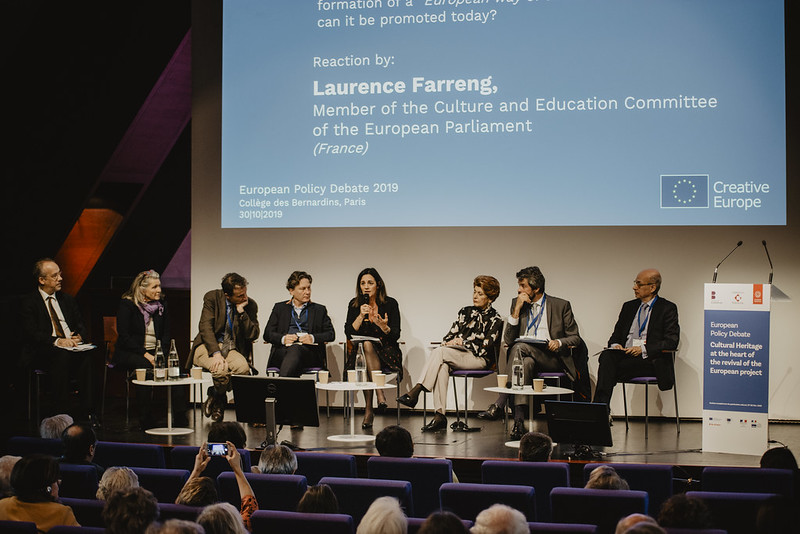