The winners of the European Heritage Awards / Europa Nostra Awards 2019 in the categories Conservation, Research, Dedicated Service and Education, Training and Awareness-raising, will receive their Awards in front of an audience of 1,000 people, including heritage professionals and volunteers from all over Europe, as well as the highest representatives from the European Union Institutions, Member States as well as the host country, and the French Minister of Culture, Franck Riester.

At the end of the Ceremony, the seven Grand Prix, worth €10,000 each, will be announced and awarded by Tibor Navracsics, European Commissioner for Education, Culture, Youth and Sport, and the President of Europa Nostra, Maestro Plácido Domingo.

The Public Choice Award will be announced and awarded by Stéphane Bern, entrusted by the President of the French Republic with a Special Mission for endangered heritage, who was himself the winner of a European Heritage Award / Europa Nostra Award during the European Year of Cultural Heritage in 2018. 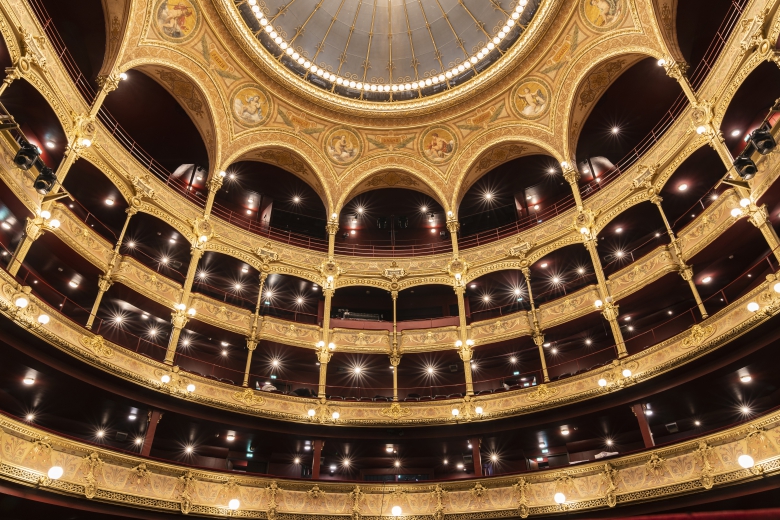 That evening, we will also pay tribute to the Paris Fire Brigade who received a Special Award in recognition and admiration of their courageous and victorious fight against the flames that devastated the Notre-Dame Cathedral on the evening of 15 April 2019. The Awards Ceremony will be enhanced with a performance by the Adult Choir of the Maîtrise de Notre-Dame de Paris, honouring the history and the spirit of the Cathedral.

This grande soirée in celebration of European heritage will end with an exceptional performance of the music of Jean Philippe Rameau by the MusicAeterna ensemble, conducted by the world-renowned Teodor Currentzis.

A cocktail reception will take place during the interval.

The Théâtre du Châtelet, a historic monument owned by the City of Paris, reopened its doors on 13 September after two and a half years of renovation work on both the historical fabric of the theatre and its technical facilities. Implemented and financed by the Paris City Hall, these major works aimed to sustain the tradition of excellence in the many artistic disciplines that have animated the Châtelet ever since its creation in 1862 by the architect Gabriel Davioud. The Théâtre du Châtelet has equally benefited from the sponsorship from the following public and private actors: Accor for the restoration of the Grande Salle; the Fondation du Patrimoine, with support from the Fondation Total, for the restoration of the Grand Foyer; the International Circle of Friends and Patrons of the Theatre for the renovation of the Avant Foyer and all contributors who supported the crowdfunding campaign launched by the Théâtre du Châtelet.

The Excellence Fair, during which the winners will present and discuss their remarkable achievements, will take place on 28 October.

The European Heritage Awards / Europa Nostra Awards are supported by the Creative Europe programme of the European Union.