The panel debate ‘Endangered Heritage – Endangered Values’ was organised by the Institute for Cultural Diplomacy and Europa Nostra on 20 June in Berlin as a contribution to the European Cultural Heritage Summit. The debate was structured around Europa Nostra’s 7 Most Endangered programme, with students from the Academy for Cultural Diplomacy presenting Europe’s 7 Most Endangered heritage sites 2018. Keynote speeches were given by Dr. Karl Donfried, who spoke about the role of cultural diplomacy in the context of globalization, and Ms. Yara Moualla, who stressed the importance of cultural heritage today and its link to cultural diplomacy. 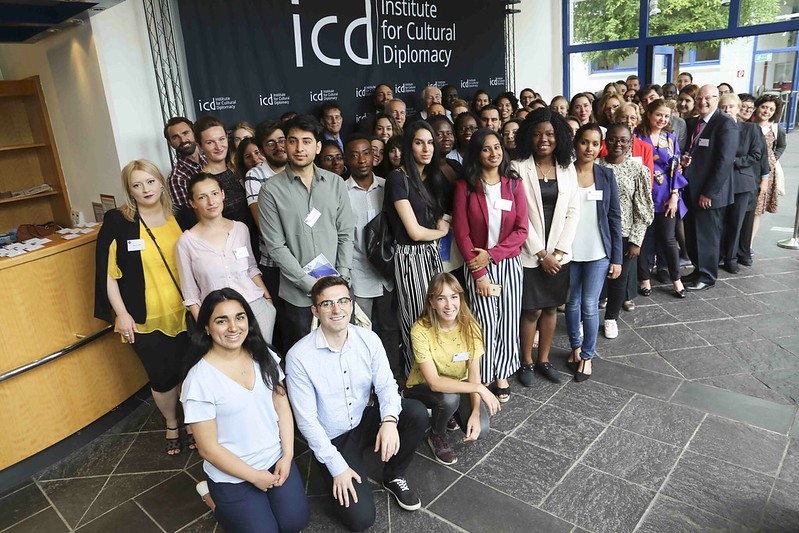 The Vice-President of Europa Nostra Piet Jaspaert moderated the panel debate and presented the 7 Most Endangered programme with a broad analysis of the programme’s history, agenda and most valuable accomplishments.

The discussion was focused on four major topics: the importance of national cultural heritage to the entire European and international community; challenging the assumption that shared heritage leads to shared values; debating the role and the responsibility of governments, the private sector and civil society in the preservation of heritage sites; and reflecting on how cultural heritage is a shared issue that should be tackled through a common project as an attempt to build a “common identity” for a “common heritage”.

The event was attended by 120 cultural heritage professionals, journalists, students and other interested members of civil society.