Home News Food tells us about our history: discover it with the Food is Culture online exhibition

Food tells us about our history: discover it with the Food is Culture online exhibition

It is called “What you didn’t know existed. Endangered food from around the world” and, through the story of foods at risk of extinction it reveals our European roots.

From Stockholm to Turin, passing through Belgrade, until arriving online: the travelling exhibition “What you didn’t know existed. Endangered food from around the world”, organised within the framework of the European project Food is Culture and set up in recent months in Sweden and in Serbia and which will arrive in Turin in October as part of Terra Madre Salone del Gusto, is finally accessible via the web. Everyone can discover its contents with a simple click. 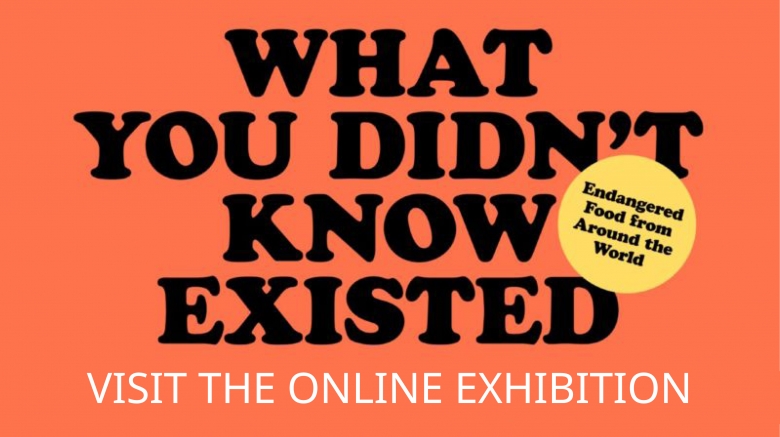 Searching for our European roots in food

To understand the meaning of – let’s call it – “version 2.0” of this exhibition, it is necessary to take a step back and explain the reasons that prompted Slow Food, together with its partners, to work on this project.

The objective of the Food is Culture project, which launched in 2018 and that is now close to completion (scheduled for the end of December 2020), is to raise awareness of food issues and the protection of this heritage at a global level among European citizens, offering them useful tools to better understand its richness and uniqueness.

For years Slow Food has been committed to the protection and promotion of the cultural value of this enormous food biodiversity: an example of this is the Ark of Taste, with which we catalogue products that are at risk of disappearing from all over the world.

Food can be an extraordinary means of communication, capable of conveying messages better than any article or video: it can do so if we listen to what it has to tell us, that is its story. A story that takes us back in time to the discovery of the common European roots. A story that is not a simple straight line, but rather a wavy curve, continuously enriched by precious cultural (and gastronomic) contaminations due to migratory phenomena.

The travelling exhibition “What you didn’t know existed. Endangered food from around the world” was born from the desire to enhance this story. To engage with visitors, a multimedia work dedicated to European food heritage was set up and based on the contents of the Slow Food’s Ark of Taste.

Now, to make this content accessible to all European citizens, a completely online version has been created, available in Italian and English.

The competition for chefs and… the winners of the citizens contest

In short, the methods used to achieve the intended results of the exhibition change, but not its goal, which is still that of increasing the awareness of the cultural value of food biodiversity and promoting European gastronomic heritage through the Ark of Taste catalogue.

Not only this: on the website, in addition to the virtual exhibition, users have a lot of other content available, such as the recipes proposed by 47 chefs (from Italy and Sweden) who, inspired by the European Year of Cultural Heritage and the work of Slow Food to protect biodiversity, provide suggestions on how to cook traditional foods while giving priority to local products.

Also as part of the Food is Culture project, in recent months, a contest has been organised for European citizens who have been invited to report on new products that are to be included in the Slow Food Ark of Taste catalogue, foods that belong to a culture, to the history and the traditions of their territory and which are at risk of extinction due to the industrialisation of agriculture, genetic erosion, the transformation of food styles, climate change, abandonment of rural areas. About a hundred products were reported and boarded the Ark, two were selected as winners based on their link with their territory, the risk of disappearance and the manual skills required for their preparation: let’s find out more about them!

• In first place, is the verata goat, a breed typical of Extremadura, the independent Spanish community located southwest of Madrid. This goat, which was once quite common in those areas, in recent years has been registered in the register of breeds at risk of extinction: the reason for this is the progressive abandonment of farming practices. With the decrease in the number of animals, the production of queso de La Vera, the typical cheese prepared with the milk of the verata goat, also risks being lost.

• In second place, is buffeddhi, a traditional Christmas cake from the Greek community of Aspromonte, in Calabria. It is a kind of sweet “panzerotto”, which has a filling made from sweet potatoes, honey, cinnamon, cooked grape must, cloves and mandarin peels. The low availability of sweet potatoes and the long preparation necessary to obtain the cooked must are putting at risk a dessert that is almost, if not the only one of its kind. 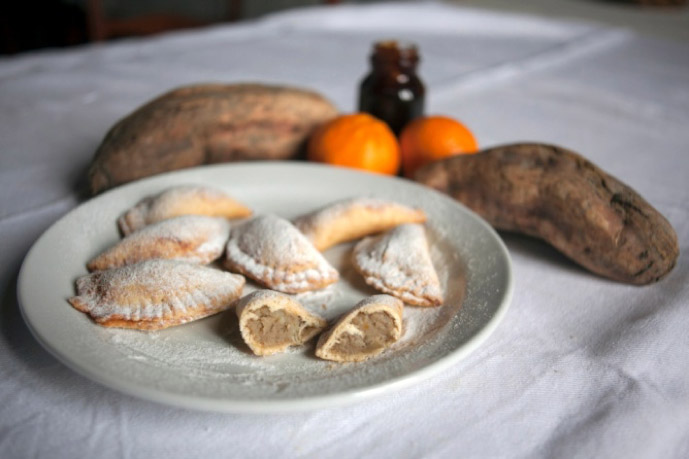 As a prize, the two people who have reported these products will win a kit for a Taste Workshop, organized by Terra Madre Salone del Gusto and the opportunity to take part – online – in a cooking class, again as part of the 13th edition of the most important event dedicated to good, clean, healthy and fair food.

The Food is Culture project is co-financed by the Creative Europe Program of the European Union with the contribution of the Cassa di Risparmio di Cuneo Foundation. The project partners are Slow Food, Europa Nostra, Kinookus, Nova Iskra Creative Hub, Transpond AB.