On the very week of the 26th celebration of the fall of the Berlin Wall, high-level politicians, university professors, representatives of EU and international institutions as well as representatives of civil society gathered at an event co-organised by the German National Heritage Committee to demonstrate strong support for the proposed European Year of Cultural Heritage in 2018 among governmental and non-governmental structures throughout Europe and beyond. This event was also organised to present the concept note entitled “Sharing Heritage!” adopted by the Reflection Group “EU & Cultural Heritage” during its last meeting in Luxembourg at the end of September. Europa Nostra was represented at this event by its Vice-President, Piet Jaspaert, and also by Claus-Peter Echter Council Member and representative of Europa Nostra Deutschland. 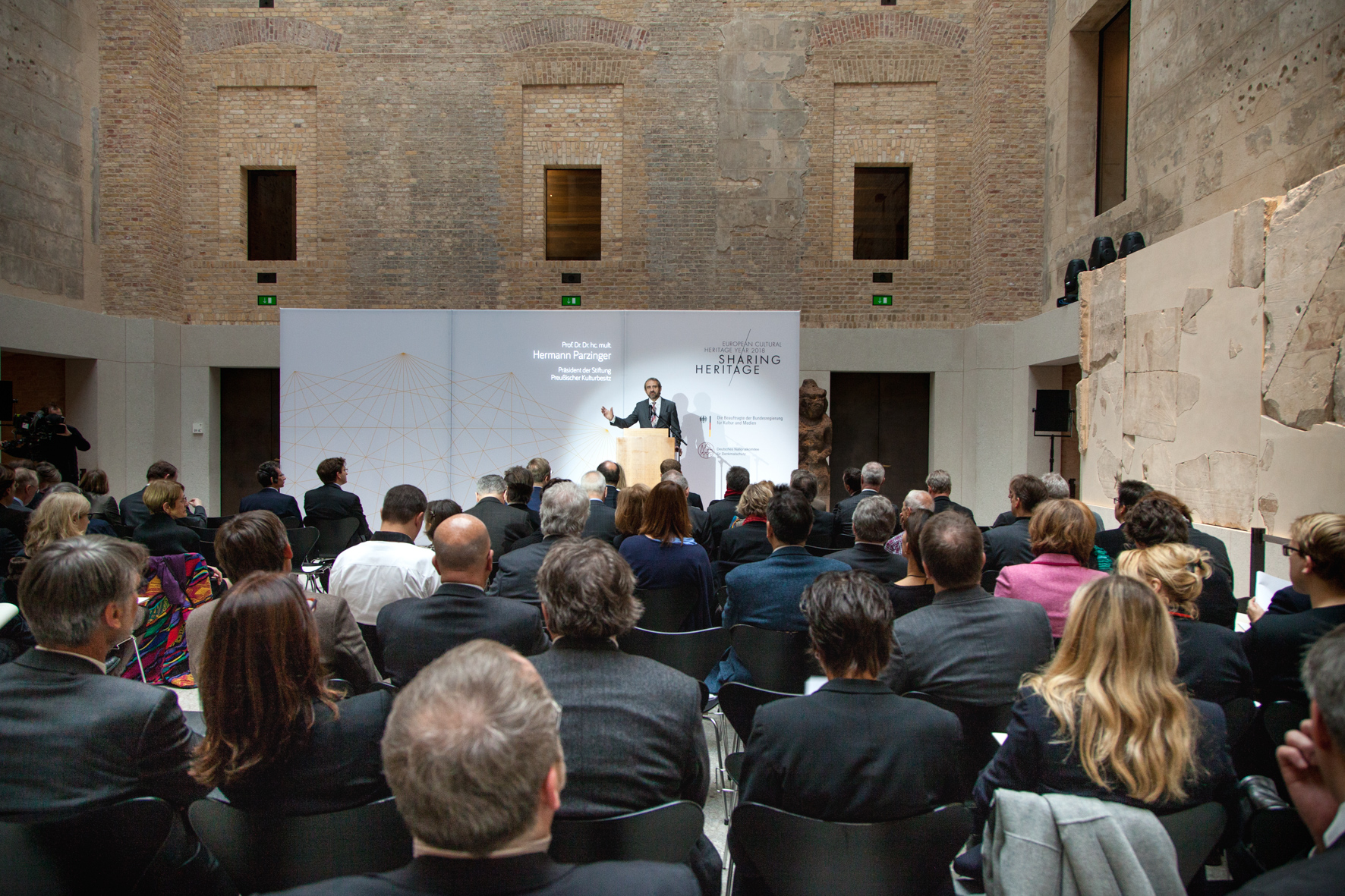 The programme was very rich and diversified, giving the floor to actors with differing roles but all sharing the same overarching goal, that of giving more prominence to until now largely undervalued European asset and resource: cultural heritage. In his welcome to the Neues Museum, Prof. Dr. Hermann Parzinger (President of the Prussian Heritage Foundatio and Europa Nostra Council Member) stressed that Europe should not focus narrowly on the economics benefits of cultural heritage but embrace it as “an investment in society, contributing to the better understanding of other cultures and to the building of bridges between peoples”. The focus of the European Year should not be ‘shared heritage’ but rather ‘sharing heritage’ which entails a continued commitment to working together. In this respect, he also highlighted the key role to be played by civil society organisations and large European networks such as Europa Nostra in organising a successful European Year of Cultural Heritage.

The German Federal Minister for Culture and Media, Prof. Monika Gruetters, put special emphasis on the European dimension of this initiative stating that “The solution for Europe cannot be found in single nations,
rather it should be found together” recalling that “heritage colours our lives”, whether we consciously realise it on a daily basis or not. The Minister for Science and Culture for Brandenburg, Prof. Dr. Sabine Kunst, recognised
the significant work which has already been achieved towards the organisation of this European Year and suggested focusing more on the emotional dimension of this initiative, underlining the “connecting power of cultural heritage” between peoples, between public authorities and private organisations, and across borders.