Home News Geneva: Interaction between Cultural Rights and the Protection of Cultural Heritage

Geneva: Interaction between Cultural Rights and the Protection of Cultural Heritage

On 7 July 2017, the Secretary General of Europa Nostra, Sneska Quaedvlieg-Mihailovic, was invited to moderate the intersessional seminar “Cultural rights and the protection of cultural heritage” organised by the Office of the United Nations High Commissioner for Human Rights at the Palais des Nations in Geneva, Switzerland. The seminar was preceded by an expert meeting held on 6 July which contributed to prepare the seminar discussions.A report summarizing the discussions of the seminar will be prepared by OHCHR and presented to the 36th session of the Human Rights Council in March 2018.

The organisation of the seminar followed a cross-regional statement made to the Human Rights Council in March 2016 which was joined by an unprecedented coalition of 145 States, with the view of condemning intentional destruction of cultural heritage. They called for identification of best practices for its prevention, and for “raising awareness on the mutually reinforcing relation between the protection of cultural heritage and human rights and on the risks faced by defenders of cultural heritage”. The Geneva Seminar was requested by the resolution adopted on 6 October 2016 by the Human Rights Council calling upon all States to respect, promote and protect the right of everyone to take part in cultural life, including the ability to access and enjoy cultural heritage, and to take relevant actions to achieve this.

The seminar addressed ways to prevent, contain and/or mitigate the detrimental impact of the damage to or destruction of cultural heritage on the enjoyment of human rights, including cultural rights by all, and on best practices in this regard. Participants discussed practical and concrete actions that should be taken towards the full and timely implementation of the existing recommendations contained in the relevant reports by the Special Rapporteur in the field of cultural rights and the Expert Mechanism on the Rights of Indigenous Peoples, as well as several other UN resolutions. More than 100 participants joined the discussion including delegations from States and representatives from relevant United Nations agencies, international organisations, civil society organisations, national human rights institutions, cultural rights defenders, academia, and stakeholders from across the world involved in the protection of cultural heritage. 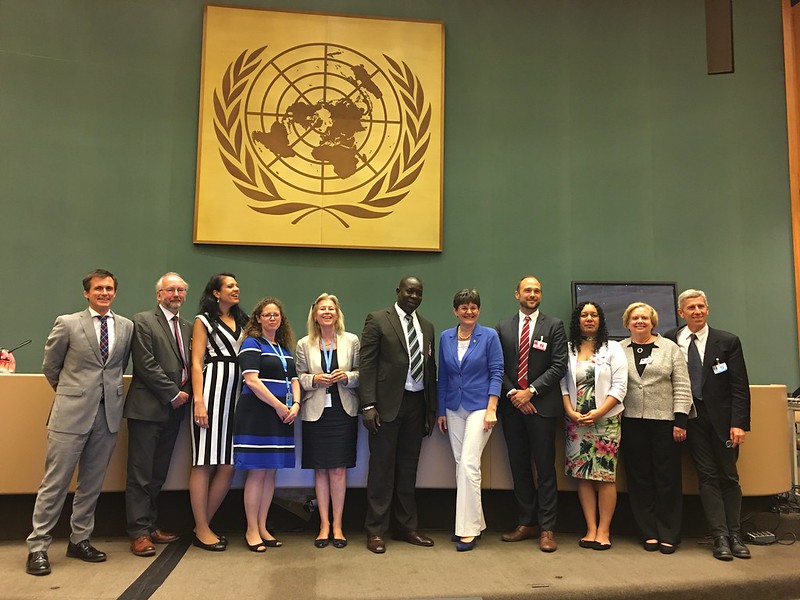 In her opening remarks, Europa Nostra’s Secretary General stressed the great honour for her to act as the moderator of this important seminar and pointed out that “entrusting this task to a representative of civil society engaged in the field of cultural heritage conveys the right message: when we talk about cultural heritage, we talk about people and their fundamental human rights. This is why Europa Nostra fully applauds and fully supports the UN leadership in promoting a human rights approach to cultural heritage”. She also introduced the viewing of the video message that Maestro Plácido Domingo, President of Europa Nostra and Goodwill Ambassador of UNESCO, recorded previously for the event “Time To End Intentional Destruction of Cultural Heritage: A Human Rights Call to Action” held on 27 October at the UN Headquarters in New York.

After the welcoming address by Ms Peggy Hicks, Director Thematic Engagement, Special Procedure and Right to Development, OHCHR, Ms Karima Bennoune, UN Special Rapporteur in the field of cultural rights, introduced the one-day seminar stressing that “the right of access to and enjoyment of cultural heritage forms part of international human rights law, finding its legal basis, inter alia in the right to take part in cultural life. Cultural heritage is a fundamental resource for other human rights also, in particular, the rights to freedom of thought, conscience and religion, as well as the economic rights of the many people who earn a living through tourism related to such heritage, and the right to development.”

The seminar was divided in three thematic sessions: i) cultural heritage protection, ii) the conditions for meaningful engagement of right-holders, and iii) issues needing further attention which focused on the identification of existing and emerging human rights challenges in the field of cultural heritage that have received too little attention by the international community and the various stakeholders and that could be much better addressed through a human rights and cultural rights approach.

Panelists at the seminar included:

Forum in Turku: “Participation is at the heart of a human rights approach to cultural heritage”