Europa Nostra grieves the loss of our dear colleague and friend Kliti Kallamata who died unexpectedly from Covid-19 on 28 December 2020 at the age of 65. Kliti was an expert on the
conservation and restoration of historical monuments and sites and passionate about cultural heritage both in his home country, Albania, and in Europe. He was elected as new member of the
Council of Europa Nostra by the General Assembly in October 2020.

After graduating as architect from the Faculty of Engineering, Department of Architecture at the University of Tirana, Albania, and postgraduate studies at the Faculty of Architecture at the
“Aristotle University of Thessaloniki” in Greece, Kliti Kallamata worked as architect and restorer at the Institute of Cultural Monuments in Korça and was director of the institute until 2006. From then on, he worked as a freelance architect, led and was involved in numerous renowned national and international conservation and restoration projects.

In 2011, his conservation project of the Church of St. George in Shipcka in Albania won the Europa Nostra Award. During the prestigious European Heritage Awards Ceremony held at the Concert Hall in Amsterdam, his project, together with the restoration of the Villa Empain in Brussels, was voted as a favourite by the public and won also the Public Choice Award. Kliti presented this award-winning project during the “The Best in Heritage” edition 2012 in Dubrovnik (watch the video of his presentation). 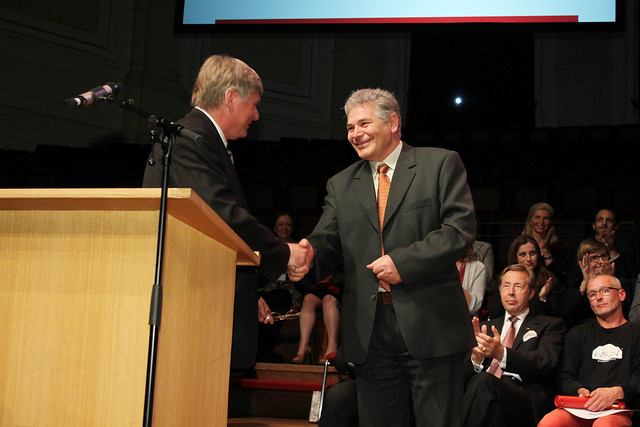 Europa Nostra remains greatly indebted for Kliti Kallamata’s commitment and expertise in our campaigns for endangered cultural heritage sites in Albania such as the amphitheatre in Durrës and
the National Theatre of Albania in Tirana, both shortlisted for our 7 Most Endangered Programme. Together with the Foundation “The Past for the Future”, he supported the nomination of 12 post-Byzantine churches in Voskopoja and Vithkuqi in South-eastern Albania for the 2018 edition of the 7 Most Endangered Programme. The churches are considered masterpieces of 17th-18th century
ecclesiastical art in the Balkans. Sadly, one of these churches under threat was the award-winning Church of St. George in Shipcka.

Kliti Kalamata’s commitment to Europe’s shared cultural heritage is exemplary. Together with our members, colleagues and friends in Albania, we shall continue his legacy. Our thoughts are with his wife Marjela and his four children. Europa Nostra will remember Kliti with great fondness and admiration for his achievements, his inspiration and lifelong dedication to the cause of cultural
heritage.