17 July 2019 marked the start of a new era of Maqam En Nabi Musa, when the Palestinian Prime Minister H.E Mohammad Shtayyeh inaugurated the restored historical site, in the presence of national and local dignitaries, as well as representatives of the European Union, UNDP, diplomatic corps and the local communities. Executive Vice-President Guy Clausse was invited to represent Europa Nostra at this ceremony. 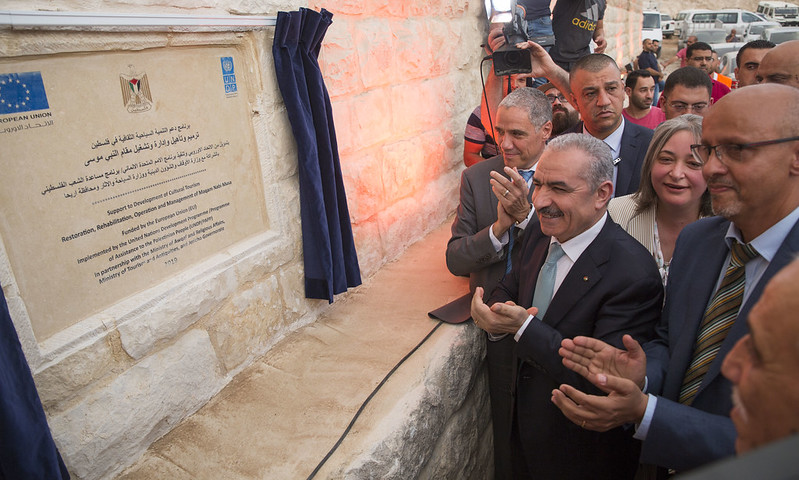 Maqam En Nabi Musa, close to Jericho, is a historic site dating back to the 13th-century, with successive enlargements and improvements made over the succeeding centuries. Its historic importance, however, extends much further back. Amongst others, Sultan al Ashraf Qaytbay and Suleiman the Magnificent contributed to the architectural history of the monument. Its historic importance, however, extends much further back. According to Islamic belief, Nabi Musa is the burial place of Moses, the emblematic figure known from the Bible as well as the Koran and who therefore embodies a key part of the common roots of the three monotheistic religions. The historic site was gradually expanded over the centuries, from a religious burial place in the desert above the Dead Sea, to a significant pilgrimage complex with guest facilities, designed to cope with the large number of pilgrims arriving annually.

This is where the more recent activities and investments preceding the inauguration come in: The European Union has teamed up with the UNDP (United Nations Development Programme) and the Palestinian authorities over the last few years to restore and modernise, within tactful limits given the religious nature of the site, the Maqam En Nabi Musa in the context of the programme “Support to the Development of Cultural Tourism”. It is thus a key element in a targeted policy to contribute to economic growth and employment through the development of the Palestinian tourism sector by revitalising the cultural infrastructure of the country and increasing Public-Private Partnerships in a key sector of the national economy. The idea is not to utilise the site as a “normal hotel”, but as accommodation which also counts on the contribution of the local population and which will be open to anyone seeking to explore the special atmosphere of a spiritual place like Nabi Musa. The Director of Operations of the site has already been involved in the process and stands ready to start the operations once the final touches have been made to the complex. 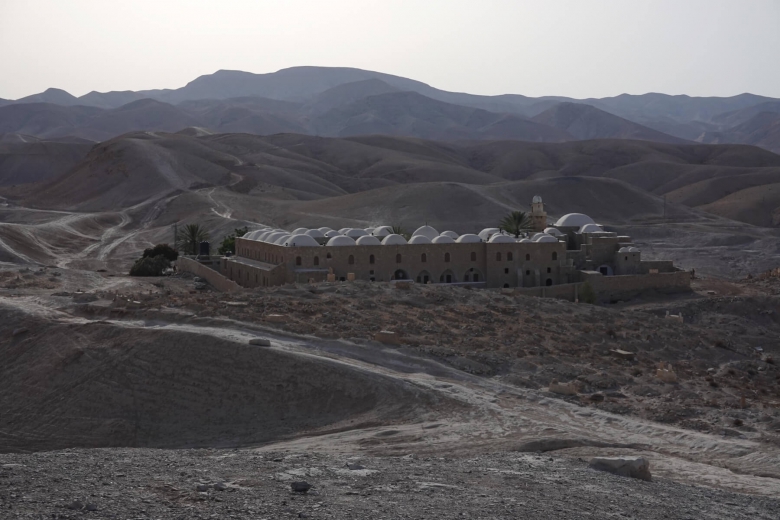 For the European Union, which generously provided the funding, the project is very much in line with its new policy priority to “recognise the strategic value of…shared culture and cultural heritage”, as also indicated by Ralph Tarraf, EU Representative in Jerusalem. For the UNDP, which implements the project, it is an integral part of its wider “Programme of Assistance to the Palestinian People”. The technical implementation of the project furthermore benefits from the expertise and active advice of Paolo Vitti, an architect specialised in archeology and historical restorations and Board Member of Europa Nostra, and of Pavlos Chatzigrigoriou, Digital Heritage Expert and Council Member of Europa Nostra. 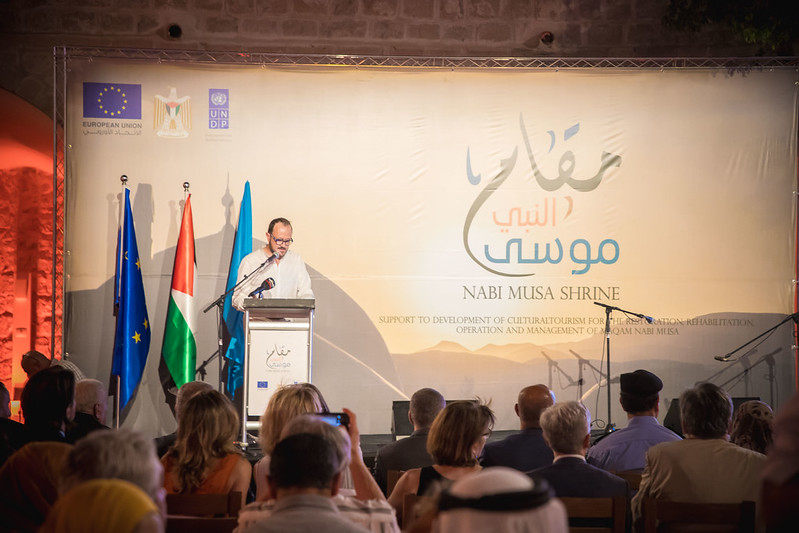 In many respects, and as underlined by Guy Clausse and the other members of Europa Nostra who were present, the renovation of Maqam En Nabi Musa appears like an “extraterritorial example of the 7 Most Endangered approach”. Yonca Erkan (Europa Nostra) and Motaz Dawabsheh, program analyst at UNDP/PAPP, highlighted that Nabi Musa sets new quality standards for future cultural heritage policy in the Holy Land. The cooperation between the EU and the UNDP, which has also proven fruitful in other countries, for example in Nicosia and Famagusta in Cyprus, might well be tested in more parts of Europe, all while drawing, where appropriate, on the expertise of Europa Nostra’s members. This potential was further discussed at the inauguration, most notably with Roberto Valent, Special Representative of the Administrator of UNDP, Programme of Assistance to the Palestinian People.